Martha Kalifatidis may have been declared a "Kmart Kim Kardashian", but fellow Married At First Sight bride Jessika Power is being hailed as Australia's very own Heidi Montag after undergoing a string of surgeries that have left her almost unrecognisable!
"I'd rather be compared to Heidi than a Bunnings snag," Jess tells NW during our exclusive photo shoot, referring to the online trolls who compared her oversized lips to sausages.
Do you have a Married at First Sight tip or know one of the participants? Email us with your tip-off at NowToLoveTips@bauerxcelmedia.com.au

"She's hot... But almost dying from too much surgery is taking it a bit too far. You should never put your life in danger for beauty goals. Even I know when enough is enough."
As it stands, Jess – who has endured a bitter split from her MAFS beau Dan Webb – hasn't reached her limit when it comes to cosmetic tweaks.
She's admitted that she has had two lots of dental work, cheek and lip fillers, Botox and a brow lift, all with
a hefty price tag.
And as she tells NW, there's a lot more on her surgery wishlist...
READ NEXT: Jessika from Married At First Sight's before and after beauty transformation
Hi, Jess! Can you talk us through everything you just had done?
I had eight of my old veneers ground off by celebrity dentist Dr Dee, who replaced them with 10 porcelain teeth. So instead of having one big tooth either side of my front teeth, I now have two teeth filling that gap, which looks more normal.
The brow lift I had done because I suffer from bags under my eyes – a brow lift lifts the skin under the eye and takes away that look. I think I always looked tired on MAFS.
I also got Botox in the forehead and in lines across my head from sun exposure, then I got the smallest amount of filler in my cheeks.
It's done wonders. I was losing volume in my face on the left-hand side, so it looks more even now. The value of the work I've had done is probably around $25,000.
Wow! And how about those famous lips of yours?
Last week, I had my lips dissolved because Penny Polimenakos, my cosmetic nurse practitioner, told me she needed to start from scratch before refilling them.
I originally had my lips done because photographers told me that they weren't symmetrical. I hadn't had them done for a year before going on MAFS. I love big lips – plump lips look hydrated and sexy. It's a personal thing, lips. I will always keep them big. All of my boyfriends have loved them – including Dan, who said he liked my lips but I shouldn't go any bigger. 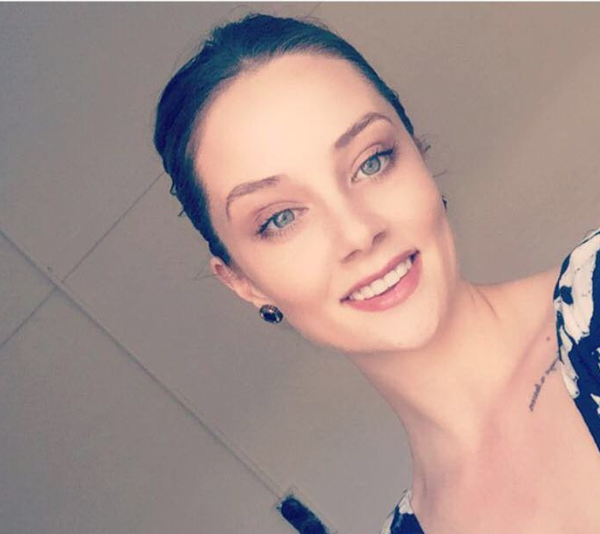 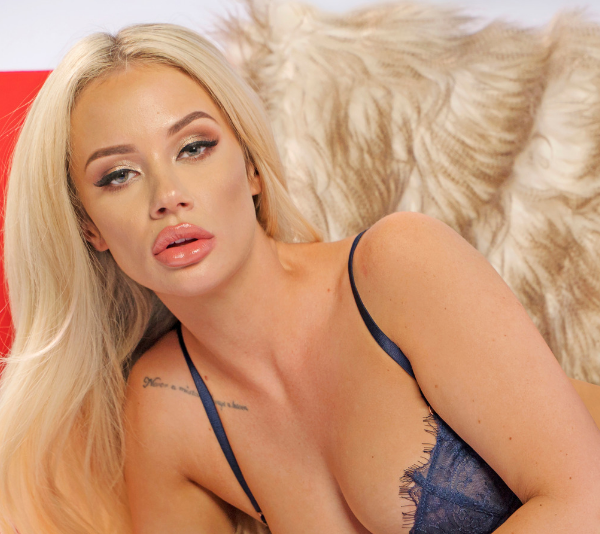 ← Slide →
That's a long list of work. Do you have plans for more?
Yes! Next, I'm getting a non-surgical nose job. I have a little bowl or dip at the end of my nose, so I'm going to fill my nose cavity and restore the shape.
I'm also going to get lipo-sculpture on my thighs and buttocks.
I have an hourglass- shaped body, but my legs protrude outwards at the thigh.
I'm not fat, but I'm not in the proportion I want to be in. I'm going for my consultation over the next month. I hit the internet looking for the fastest way to rectify the problem and came across Brazilian butt lifts. The results looked amazing.
I know I don't have the willpower to exercise my problem off – I only went to a gym once when it came free with a Foxtel membership and I hated it!
What about a boob job?
I have small natural boobs, so I anticipate I'll want a breast lift after having kids – and maybe even breast implants as well.
Boobs go saggy after breastfeeding and I don't want that. I want lots of babies, maybe four, as I love big families. In fact, I'd like six kids if I have the money.
WATCH NEXT: MAFS' Jess and Dan's dramatic fight on live television
Story continues after video...
All of the work you've had done sounds painful. Was it?
The most painful part of everything I had done was the dissolving of my top lip. It stung so much and the numbing gel does nothing – but as soon as the needle came out, the pain was gone.
My teeth took a week to swap out, so there was spasmodic pain as I went through the various procedures, mainly after the anaesthetic wore off. My mindset is always, if I want something, I don't let anything stand in the way of getting it, not even pain.
In this case, there was temporary pain for long-term gain.
How did MAFS change how you felt about your body?
Watching myself back on TV, I feel insecure about my chin and lips. I'm a confident girl, but having tens of thousands of people criticise me each day has shaken me to the core. I felt like I had heaps wrong with me afterwards.
People laughed at me and made memes and I was ridiculed. It never drove me to tears because the hate didn't affect me, but when they'd point out specific body parts that needed work, I'd stop and think. They said I have lips like sausages – I'd laugh, then delete them.
I can see now that my lips weren't in proportion on the show... I really thought they looked great at the time. LOL!
How did Dan change how you felt about your body?
Dan's exes were all beautiful, including a Playboy Bunny. I looked at pictures of her, then looked at myself and thought, "I look boring." I felt so plain.
He never made me feel insecure, but he'd talk about how all of his female friends own beauty bars. He would get Botox done on his forehead too and I felt like I had to keep up with him.
Would you ever have surgery for a man?
Absolutely not! I would want to fix any problem for me first. However, I'd do less intrusive things to continue to look good for my partner.
I would never, for instance, dissolve my lip fillers for a man – I'd tell him to piss off if he asked!
How do you handle trolls who comment on your looks?
I block and delete trolls. My block list is disgusting – maybe 400 people long. I block at least 15 per day!
Would you go on TV again? We reckon you're much better suited for The Bachelorette!
Sign me up! Reality TV has really helped me grow into an adult. I lacked empathy on MAFS – I take a step back now, instead of reacting immediately to negative feedback. With The Bachelorette, dating 12 guys at once doesn't sound too bad!
For more Married at First Sight 2019 gossip and exclusives, pick up a copy of this week's NW magazine.