In the 10 years that My Kitchen Rules has been on our screens, we've seen Michelin star-worthy dishes, crazy conflicts and moments that still make us cry happy tears.
A grand total of 134 teams have competed on the show shedding blood, sweat and tears in the hope of becoming Australia's best home cooks and it has been nothing short of a wild ride.
To celebrate this milestone year, judges Manu Feildel, Pete Evans and Colin Fassnidge along with some of our favourite teams over the years came together for the My Kitchen Rules 10th Anniversary Special to share the moments that made them laugh, cry and simply stop them in their tracks.
How many can you remember?

Only on MKR could a nation get so worked up about mashed potato.
Season three Queenslanders Peter and Gary were arguably the first super competitive duo the show had seen and demonstrated rather quickly that they could talk the talk, but definitely couldn't walk the walk.
The doctor and lawyer were quick to trash their competitors during the instant restaurant round saying, "How hard can mashed potato be?" But when it came time for a head-to-head cook off at Kitchen HQ, their garlic mash looked more like "a bowl of milk," according to 2018 contestant Rachael.
It even led guest judge Liz Egan to describe their final dish as "the worst looking dish I've ever seen at this table."
Karma sucks, doesn't it boys?

Back in season four, it seemed like you couldn't watch NSW teammates Ashlee and Sophia without hearing them yelling 'BABE!'
Father and son Mick and Matt who starred alongside them said, "You know what if I'd never heard the saying 'Babe' again as long as I lived I wouldn't care because it was horrid."
The girls were renowned for their harsh critique - on one occasion they compared a dish to "eating a slug" and that "my dog eats better."
"Look, I can get along with most people but I don't think they wanted to get along with anyone," Mick added.
During one challenge at the market place, Ashlee and Sophia even turned on each other in a loud screaming and swearing match.
"To watch the show back and realise the implosion of Ashlee and Sophia at the market challenge, I think the real Ash and Sophia came out that day. They virtually were knifing each other in the back, it was horrible," said Matt.
"They're probably nice girls but their attitude on the show didn't do it for me, I can tell you."
WATCH: Ashlee and Sophia's catchphrase on My Kitchen Rules. Post continues...

If there's one contestant who stuck out for the judges (and for the worst reason) it was Broome's "Seafood King" Josh who joined the competition with wife Amy for season eight.
"I think he fell out with Australia, not just the table," Colin said. "He couldn't even peel a prawn, how did he become the Seafood King?"
Manu added, "I couldn't believe how confident he was and how critical he was to others but couldn't even deliver himself."
So confident indeed that he proclaimed, "I could fillet a fish with my eyes closed, I haven't tried but I'm sure I could."
But after their instant restaurant flop when they marinated crab in a bucket of white wine, it was the final straw.
"Finally it was like 'That clown's gone,'" season eight winners Amy and Tyson joked.
"I know that he loved fishing, I understand that, but I don't think he knew what to do with it after he was on the boat," Manu concluded.

Queensland fashionistas Alyse and Matt (another controversial team of season eight) were caught out at their instant restaurant when they used a store-bought curry paste instead of making their own. And needless to say in a cooking competition, the judges weren't too impressed.
The couple said they used it to save time, but it didn't save them in the long run.
"We're looking for cooking from the heart, not from a jar," Pete told them at their instant restaurant.
Judge Colin summed it up saying, "If you're not going to cook, we're going to nail you."

Dubbed the fussiest contestant in MKR history, Jessica who came on the show with her friend Marcos, was as season seven winner Gracia put it "a very interesting character."
The fitness junkie said she avoids carbs, chicken skin and even said she cut chocolate out of her diet entirely.
"I eat really healthy, I know everyone else doesn't eat healthy but I'll cater for everyone," she said at the instant restaurant table. Cheeky.
But it was her comment to Manu that left everyone in shock after the chef said he defined healthy as "a lot of flavour."
"I'm happy with it and that's healthiness for me. I go and run as well," he added, but a judgemental look from Jessica left Manu asking, "What's that supposed to mean?"
Needless to say, Jessica and Marco's cooking didn't hold up and they were swiftly eliminated.

"When I think real people, there's one team that stands out," Manu said of the season four victors.
Queensland tradie Dan and his lady Steph entered the competition in the hopes of using their prize money to start their own family.
"I just loved the determination they had. And they wanted to get all the way to the end and they kept on fighting and fighting and what made them fight is what they wanted from it. They wanted the cash for something important," Manu added.
So when Dan and Steph were announced the winners in 2013, there wasn't a dry eye in the house. Shortly afterwards, the couple opened up their restaurant Eat at Dan and Steph's and underwent IVF treatment. And just like that, Steph fell pregnant to baby Emmy.
"Five years on, we look a little bit different, but so many of our dreams have come true," an emotional Dan revealed on the anniversary show.
READ MORE: My Kitchen Rules winners: Where are they now?

It wouldn't be MKR without a catfight around the table.
Season nine was arguably the most explosive season yet when, in a first for the show, Sonya and Hadil were asked to leave the table. But it was a battle of the glamazons when Jess and Emma clashed with competitors Roula and Rachael.
"In anything you've always got your one token glamour couple which is Jess and Emma but I think Roula and Rachael thought it was them," said season nine's Stella and Jazzey.
But after Roula and Rachael's flop of a hip hop themed instant restaurant, word broke out that Jess and Emma weren't impressed. And it didn't end well.
WATCH: Emma calls Rachael a cow on My Kitchen Rules. Post continues...
"We've had some really good times and I'm happy to stay for another 10 years," Manu said.
That's the best news we've heard all day! And for a real blast from the past, check out how much Pete and Manu have changed over the last decade.
Bring on season 10! 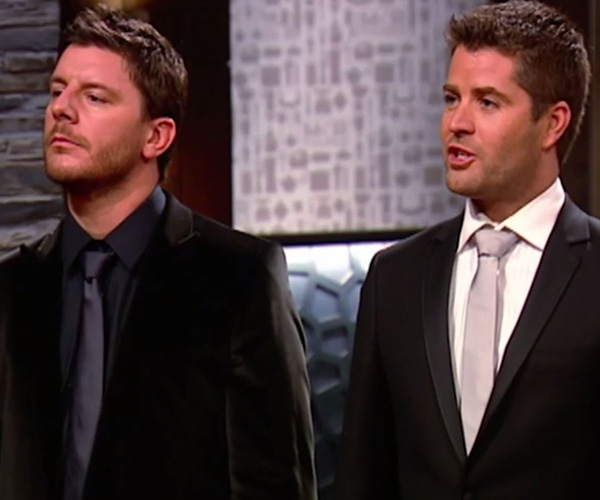 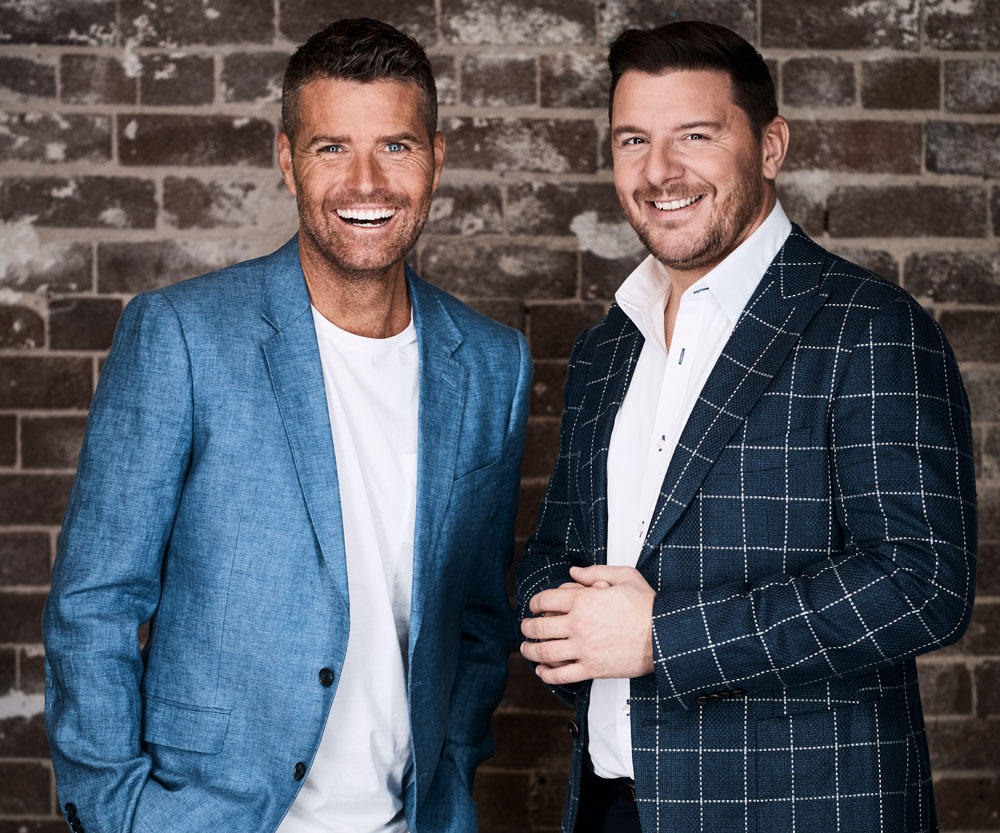