For most new mothers, the idea of squeezing your sore and swollen post-partum body into a sheer satin, dresigner dress and strutting down a red carpet in front of the world's gawking media - to meet Beyonce no less! - would be utter hell.
But that's exactly what Duchess Meghan did exactly 10 weeks after she gave birth to little Archie Mountbatten-Windsor at Portland Hospital in London.

Meghan is still technically on maternity leave, so no one would really bat an eyelid if she just wanted to hide away in her multi-million dollar refurbished home at Frogmore Cottage in Windsor, getting Prince Harry to rub her feet and make her tea, until her body and her mind had fully recovered from the mammoth task of giving birth.
Plus, the American's entry into the royal family hasn't been entirely smooth sailing.
There are the constant rumours of stiff relations between her husband and Prince William, as well as her colourful family's inability to stop giving interviews about her personal life, combined with public scrutiny about Harry and Meghan's expensive home renovations and the Duchess' unapologetic "Hollywood" attitude to royal life.
But it seems none of this has rattled the Duchess.
Of course, Meghan did not stay at home. In fact, she did the complete opposite of what was expected.
Since giving birth on May 6, the 37-year-old has made four official public appearances - first at Trooping the Colour, then at the baseball with Prince Harry and this weekend she sat front row in the royal box at Wimbledon alongside Duchess Catherine.
The pair laughed and smiled easily with each other - a display that would call for acting of Oscar-winning proportions if it wasn't genuine - and put to bed months of rumours that the royal family's two young female stars do not get along.
And then on Sunday night Meghan made her first red carpet appearance as a mother at the London premiere of the Lion King, where she fronted a wall of photographers and warmly greeted fans with a giant grin on her face.
She looked breathtaking in a stunning sheer Jason Wu dress, sky-high black pumps from Aquazzura and a satin clutch by Gucci, with her hair tied back into a neat bun and gorgeously glowy, natural makeup.
Oh, and she met Beyonce. And Elton John. And Pharrell Williams. Just casually.
Swipe to see photos of the gorgeous Duchess before and after giving birth. 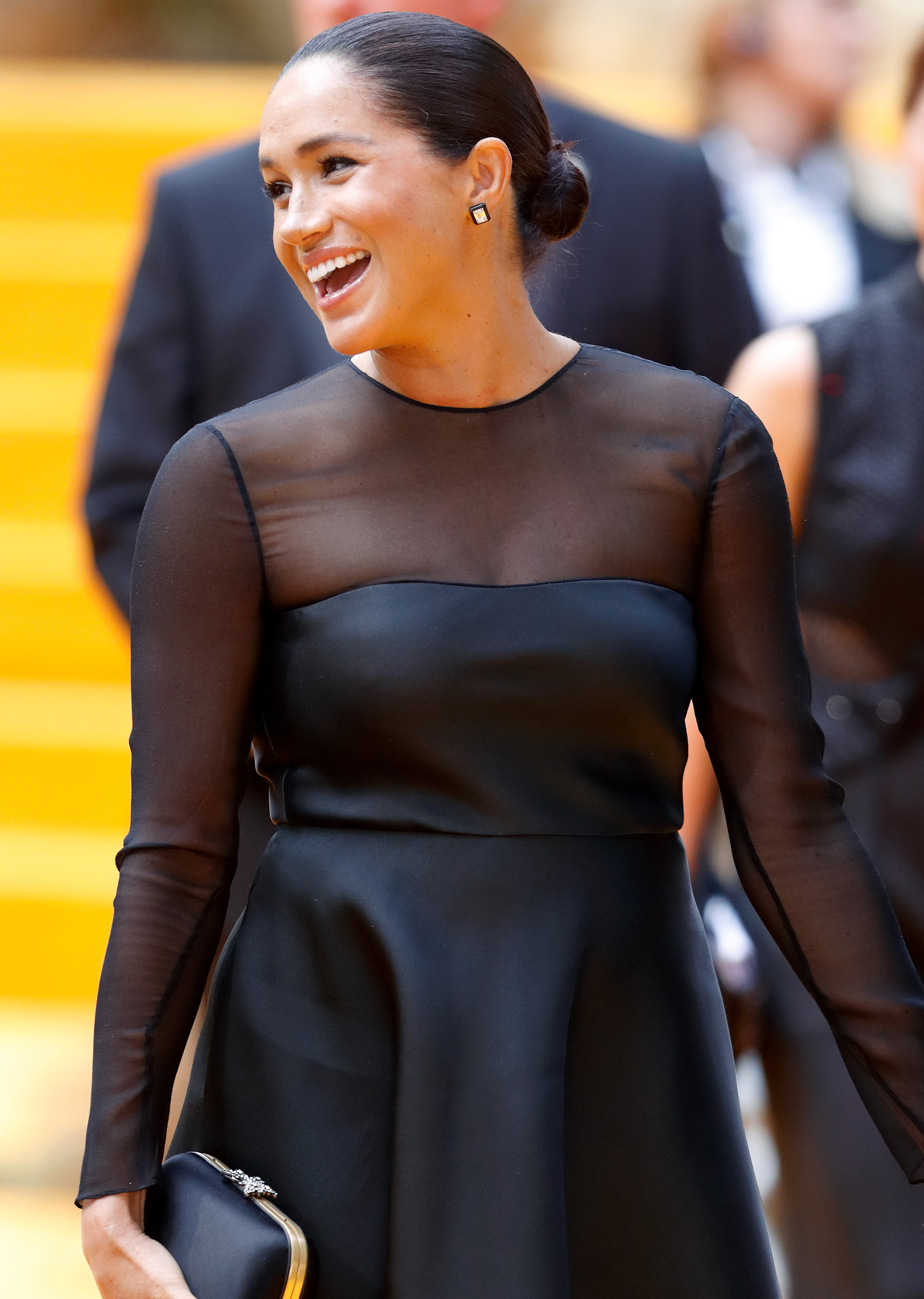 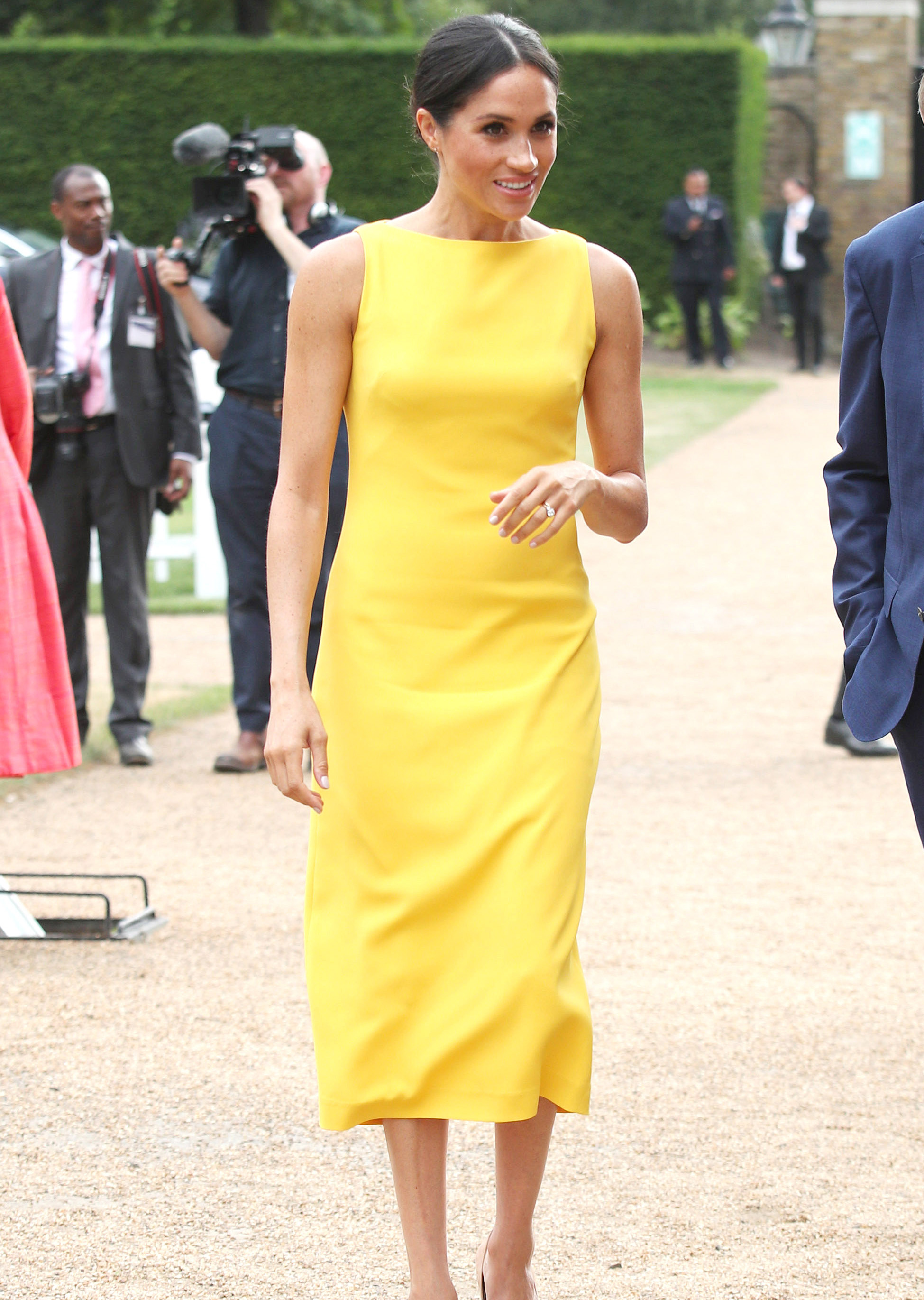 ← Slide →
She didn't try to hide the fact that her body looks different. Of course it does, because she just had a baby.
Meghan's famously toned arms and tiny sample-size waist - the product of her regular yoga habit and predominantly vegan diet - have been replaced by a gorgeous fuller figure and a stomach still recovering from the nine months it took to grow a human.
You could almost hear the cheers from women around the world, overjoyed at seeing a new mother glow happily in her new body, making no apologies for her figure and getting on with her job as the world's critics watched with their mouths agape.
"So refreshing to see Meghan Markle embracing her post baby body and is in no rush to get her pre-baby body back. It's important to feel happy within yourself and your weight shouldn't determine your happiness," one woman wrote on social media.
While another said: "She's so beautiful! Post-partum weight is healthily lost within 6 months after giving birth. Meghan's size 4 clothes aren't going anywhere, except back on her body!
In fact, one royal fan summed it up perfectly: "Meghan looks like a woman who gave birth two months ago, and not only embraces her post pregnancy body, but also loves it too."
Swipe to see more photos 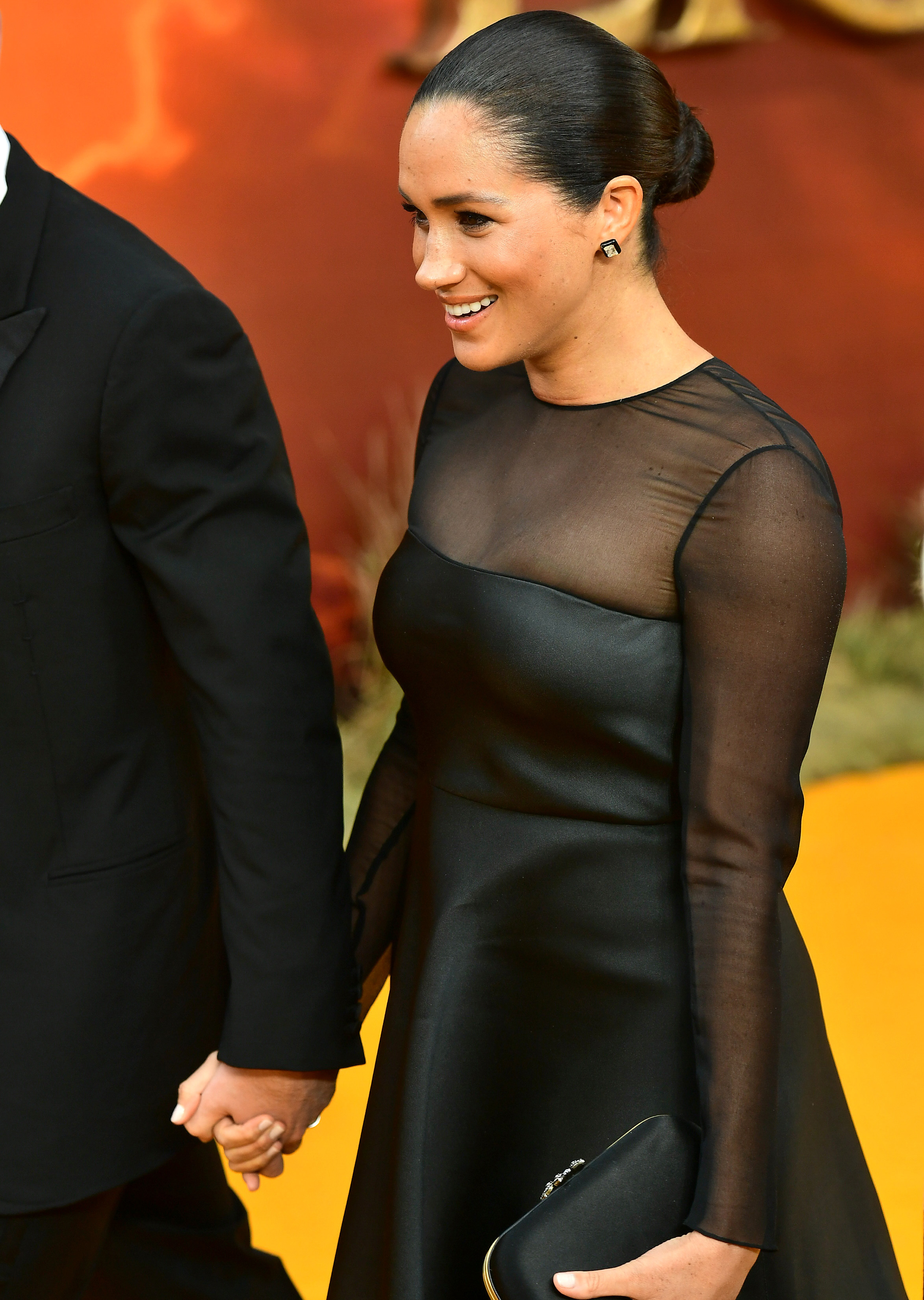 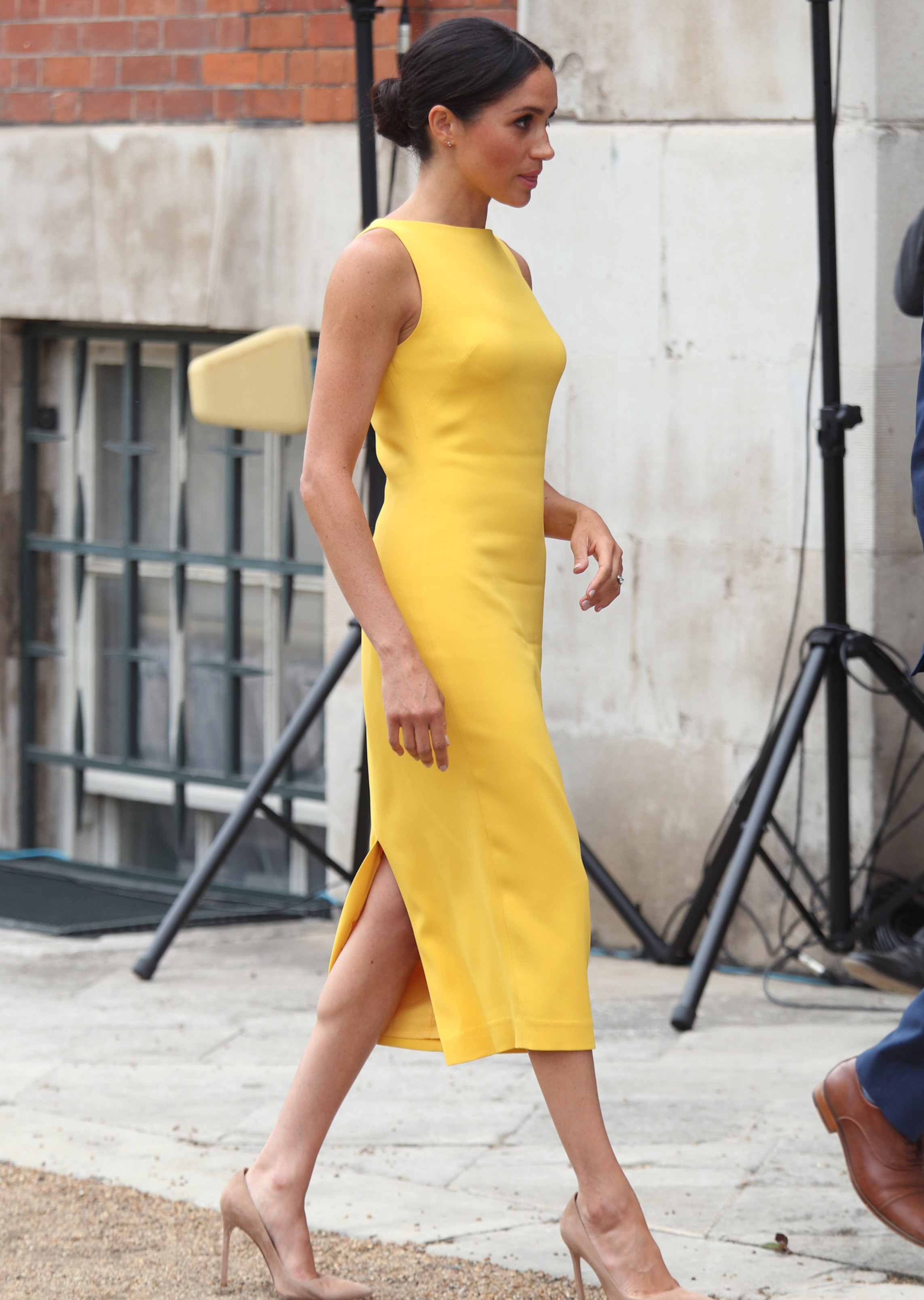 ← Slide →
We had previously been told that Meghan was in no rush to "bounce back" from her pregnancy and been taking her recovery slowly.
Respected royal expert and Vanity Fair's royal reporter Katie Nicholl told Entertainment Tonight that while Meghan has indeed been taking it easy (as we'd hope any new mum would!), she had taken to yoga as a post-birth fitness regime.
"Nothing too strenuous," Nicholl said. "That's all Meghan has been doing. And lots of proud walks around Windsor Great Park, so gentle exercise, but no hard training, no weights."
Swipe for more photos. 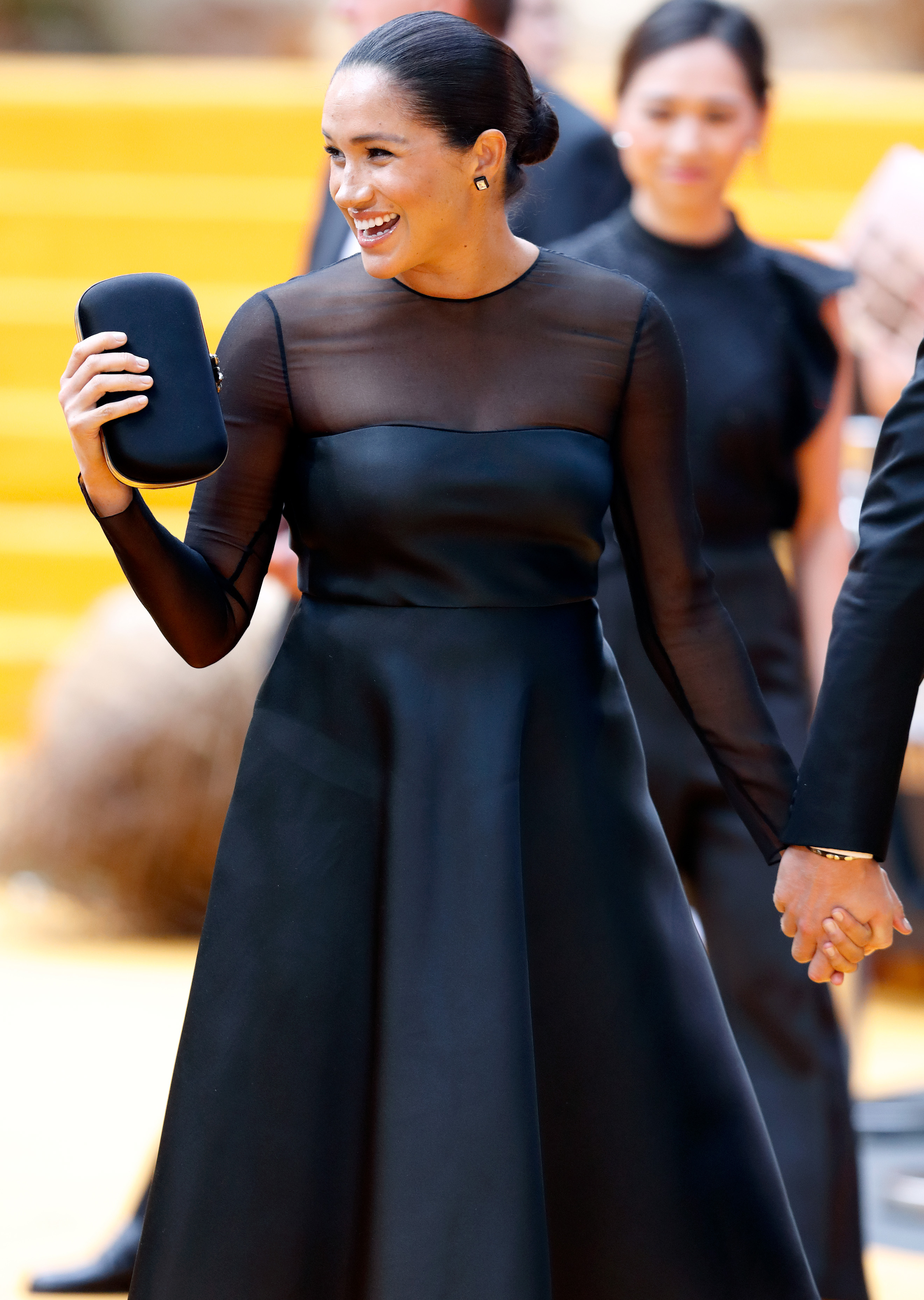 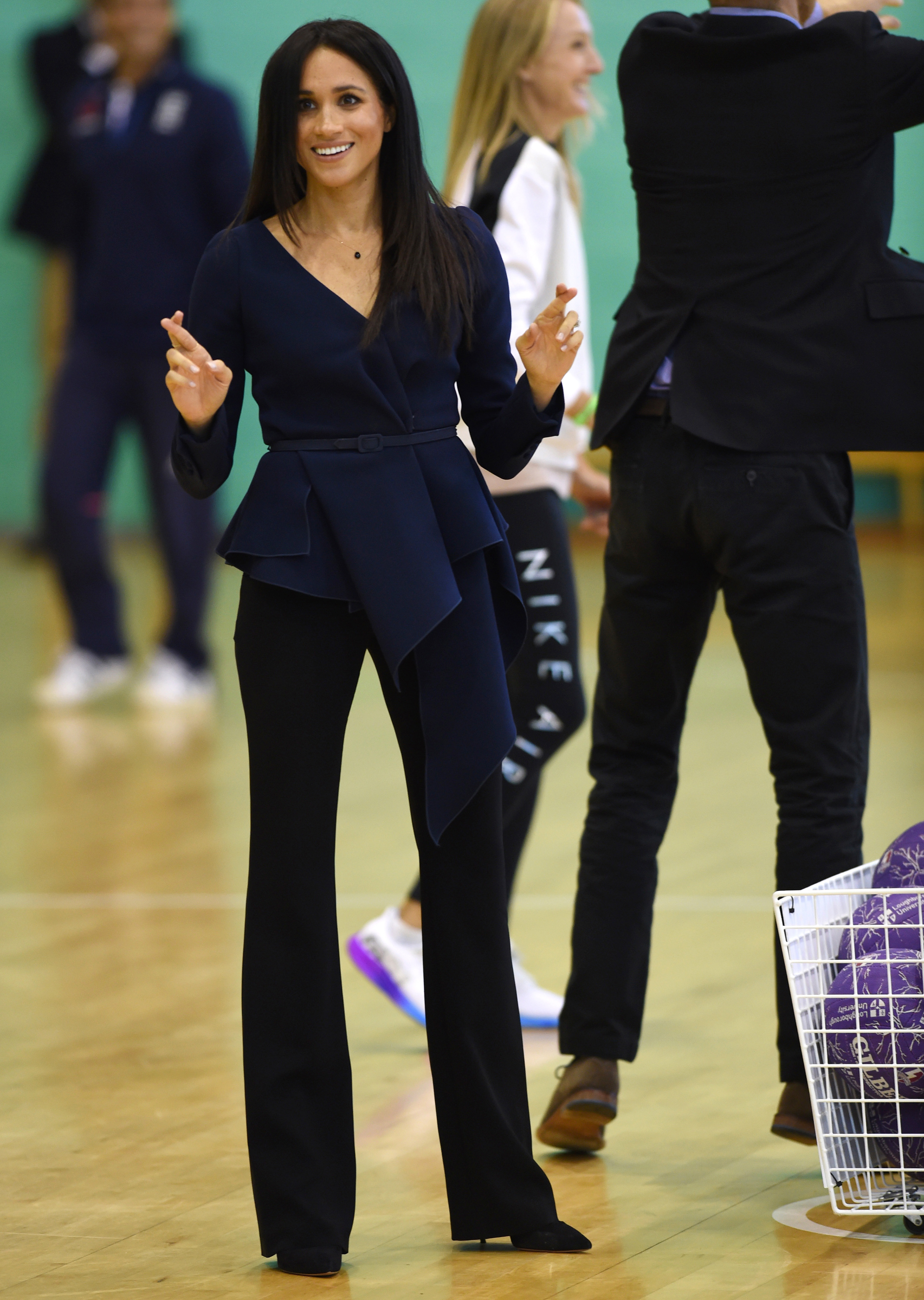 ← Slide →
Nicholl insisted that Meghan was in no hurry to get back into shape.
"Meghan hasn't been hitting the gym... It's only four weeks really since the birth and she's been taking that exercise regime very gently indeed," she said.
"She's enjoying this time. She's being gentle to herself... As I say, the whole approach has been holistic."
WATCH BELOW: All the adorable times Prince Harry and Meghan Markle have held hands. Story continues after video.
Some women might have understandably chosen to avoid such a public event at a time when they were feeling their most vulnerable.
As any mother knows, coming to terms with your new post-birth body, however mighty and strong you might feel about what it has done for you, is a challenge.
But instead of hiding away in her ivory tower, Meghan is proving that life doesn't stop because you just had a baby.
Yes, post-birth bodies look different - and that difference should be celebrated.