Ali Oetjen was one of the tamest and dare we agree with Jarrod Woodgate's description of "boring" stars on the inaugural season of Bachelor In Paradise.
But not even Osher could have foreseen the thorny response from Australia after the 32-year-old was announced as our next Bachlorette.
Since the news has come out, Ali has faced an unprecedented amount of backlash.
From infidelity allegations, to being labelled a puppet, she's been slapped with everything but the kitchen sink.
There were even whispers Channel Ten had decided to call it a day and replace her with Bachie fan-favourite Nikki Gogan, however in light of Nikki's exciting new romance that seems highly unlikely.
But the network have denied any such talk, saying, "The rumour that Ali Oetjen will be replaced by Nikki Gogan as The Bachelorette is completely false and misleading. Network Ten is looking forward to Ali finding love on The Bachelorette Australia later this year."

A visual reminder why we all love Nikki Gogan

While we think Ali could very much surprise us - after all we never thought she'd allegedly cheat on Grant Kemp.
In fact, we'd go out on a limb and say Ali Oetjen could be the break-out star of 2018.
Or she could chuck a Richie Strahan and nose-dive the season, rose first.
What we do know for a fact is that nothing in life is certain ...
Remember the time Blake Garvey proposed to Sam Frost on TV, only to dump her for third runner-up Louise Pillidge?
Should Channel Ten be in need for a swift case of The Bachelorette switcheroo or if they'd simply like to get a head start on thinking about casting for 2019 - then we'd like to present the top three options for Australia's next Bachelorette.

She's Australia's sweetheart and there's nothing the country wouldn't want more than to find Delta Goodrem a zinger of a man.
Look, dear Delts has truly been unlucky in love.
There's her ongoing "are they or aren't they" thing with Seal, that time she was romancing toyboy cutie Nick Jonas, that awful blip served up by Mark Philippoussis, almost here but in the end not quite there with Brian McFadden...
Wait there's more: We've got her BFF Hugh Sheridan, she's had flings with Darren McMullen, Blair McDonough and Brett Lee.
But Delta Goodrem, sweet, pure and just waiting for Mr Right, still believes in love.
And by the quiff of Osher's perfect hair, we think The Bachelorette could be exactly what the singer needs.
A casual visual reminder of why we love Delta Goodrem...

She's grown up in front of Australia's eye: THEN & NOW 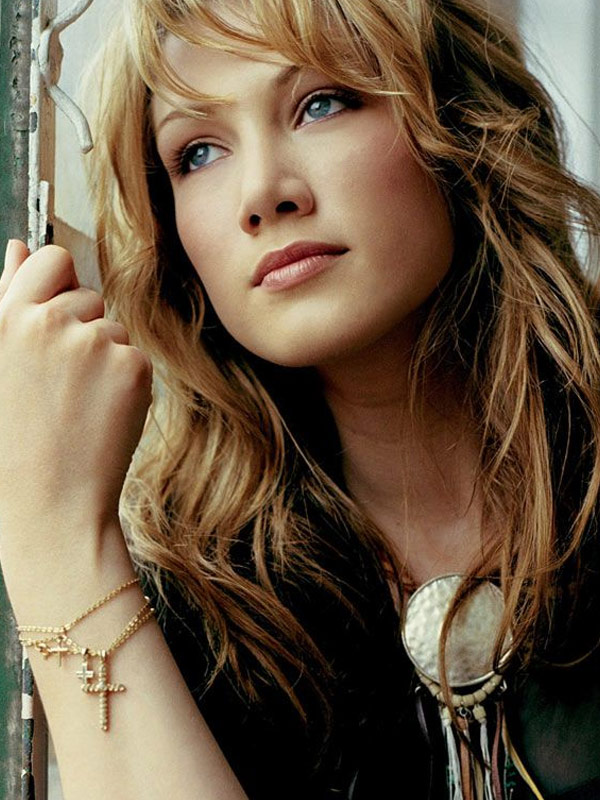 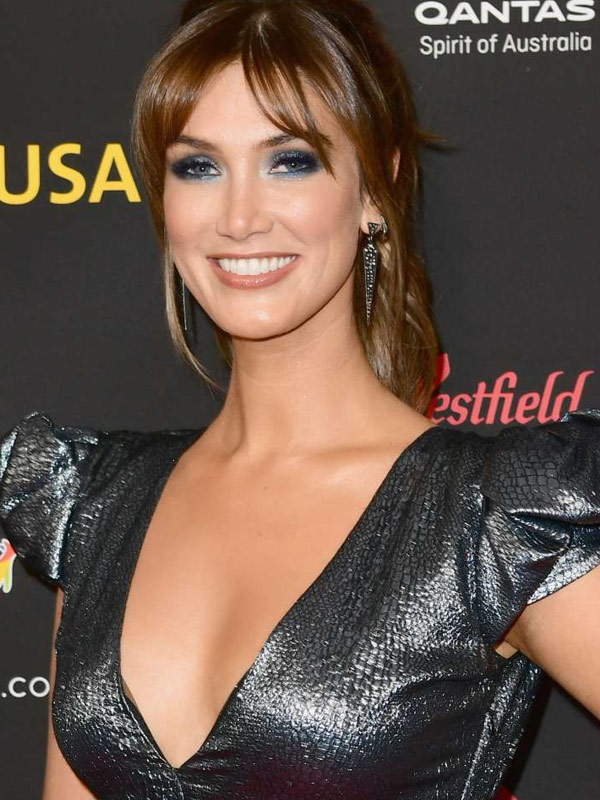 ← Slide →
Granted, it didn't work for Sophie Monk... BUT with the right batch of boys, she may just find inspiration for her next album.
And we already know Channel Nine is OK with her appearing on other networks, allowing her to star in Channel 7's Olivia Newton-John biopic.
Plus, Julia Morris was able to feature on Nine's House Husbands AND Ten's I'm a Celeb.
In the words of Delta: She was born to try - so Ten, give her some roses already!

We all fell in love with Fiona O'Loughlin when she took home the crown as the queen of the jungle after winner this year's I'm A Celebrity... Get Me Out Of Here!.
The 54-year-old has gone through hell and back.
She's defeated alcoholism, survived a coma and come out the other side and stronger, better woman.
The single comedienne, who is the proud mum of five kids, admits that in light of everything she's overcome - the last thing on her mind was finding love.
"There are so many things I haven't dared thought about... And that's one of them," she told Now To Love.
But after seeing her mock-wedding with Ron and Brenda, we want to help find Fiona her real-life Ron.
Before we hear any naysayers try to talk us out of this FABULOUS choice - here are three things we need to keep in mind:
1. Fiona O'Loughlin is seriously funny
Let's take you back to Sophie Monk's season of The Bachelorette - how good was it? Having someone who is clever and quick-witted professionally is one of the smartest choices Ten has ever made. What would Apollo Jackson and Jarrod Woodgate be without Soph?
Two annoying plot lines on Bachelor In Paradise - that's what!
Now, cast your mind to I'm a Celeb. You kept tuning in because Fiona made it funny to watch and there's no doubt she'd keep up the lols as The Bachelorette.
2. Fiona's a babe and she deserves a prime-time spot ASAP.
It's not about how you look but good Lord, Fiona is one stunner.
She was beautiful when she entered the jungle, but the mum-of-five was very proud of her 10kgs weightloss. Since leaving the show, we're just in awe of her - just imagine all the fabulous outfits during the rose ceremonies #ournewstylequeen.
It would be so refreshing for the network to give someone in their 50s the roses to handout, and would mean so many more families around Australia would be tuning in. 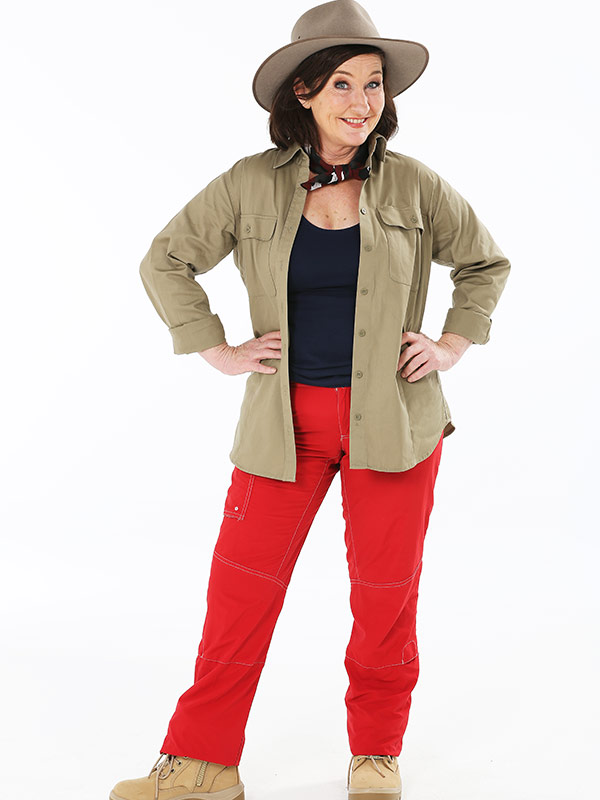 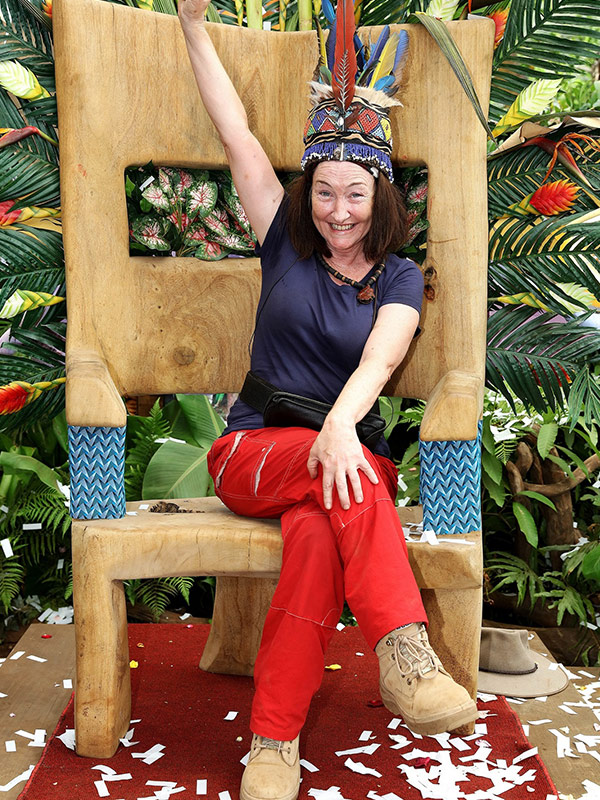 ← Slide →
3. She'll call the boys out on their sh--... And it's time for her to find the perfect sparring partner
The funny lady may not be thinking about romance, but seeing the way she leant on Peter Rowsthorn makes us believe more than ever that she's ready.
And none of the Bachie boys will be able to get away with any shady business - just think back to that EPIC showdown with David Oldfield.

Celia Pacquola is the rising star of comedy. And the nation is taking notice.
The 35-year-old is becoming such a household name that she recently received a TV WEEK Logie nomination for Most Popular Australian Actress.
Her response, "This is the exact opposite of high school".
Her hilarity and self-deprecating acting shines on shows like Rosehaven, Utopia and Offspring.
WATCH: She's already had some practice...
And the comedienne has the chops to boot, making us cackle every week on Have You Been Paying Attention?.
We couldn't think of a legend more fitting to take control of a room full of Bachie babes.
And can you imagine the banter she'd have with Osher?!

So it didn't work out with Stu Laundy - that's fine!
And we guess you're a little tied up with some show called Love Island Australia - but if you believe what Charlie has to say, then she's barely on!

The many times Soph made us LOL

Olympia Valance is Channel Ten royalty.
The 25-year-old was on Neighbours for four seasons, before leaving at the beginning of this year to pursue her dream of cracking Hollywood.
But the comforting lights of Down Under brought her back home fore Ten's new drama Playing For Keeps.
Judging by her Instagram, Olympia is not only single, she seems to have enough time to step in and have a room full of men vying for her attention...
Which really wouldn't be a stretch for the Aussie beauty.