After having her heart broken as the second runner-up on Tim Robards' season of The Bachelor in 2013, and again since leaving Fiji in 2018's Bachelor in Paradise, Ali Oetjen was certainly the talk of the town.
Then came her peak on The Bachelorette in 2018, where the 34-year-old from South Australia took part in the search for the ultimate love of her life.
Of course, we now know how that tale of love has ended up, but the stunning blonde isn't giving up on getting everything and anything out of life.
And that includes a stint in another upcoming reality TV series, SAS Australia, which will see the former Bachelorette try her luck at something a little different than attempting to find love.
Yep, 2020 just got a whole lot more interesting for Ali, who has seen her fair share of scandals and drama over the years.
Of course, there's no denying the reality star has a soft and lovely demeanour, but it hasn't stopped her from causing a little bit of a raucous when it comes to her private life.
We look at Ali's biggest moments during her time in the spotlight.

Her whirlwind relationship with Taite Radley

After a jam-packed season of drama on The Bachelorette, Ali eventually chose Taite Radley, and the rest, as they say, was history... almost.
The pair lasted a decent length of time in reality TV land - two years in fact - but in a heartbreaking update in July 2020 (yet another thing to go south this year), Ali and Taite announced they had split.
Sharing an update to her Instagram page, Ali wrote: "It is with the heaviest heart that we want to let everyone know that we have decided to take time apart in order to give each other space and time to fully focus on our own paths. We both love each other deeply & only want the best for each other & both want the ultimate happiness for each other and hopefully our paths will reconnect again soon."
"We've decided to be open with this so there's no speculation and so we expect love, respect & kindness in return. I love you Taite."
In September, the starlet shared another heartbreaking message with her fans about the breakup.
"You always see happy me, this is me today & has been my daily occurrence since my breakup, it's bloody slow healing, sadness & hurt fill my whole body," Ali captioned a video, which shows her overcome with emotion.
"Meditation, Yoga, exercise, nature, cooking, family, friends and focusing on my goals allows for my peaceful spirit to just be.
"I've never experienced anything like this where my soul still feels connected, I still love but know we don't align," she added.
Here's hoping SAS give her another outlet to channel her energy into. We're certainly rooting for her!

Back in May 2018, just days after the announcement was made that Ali would be Australia's newest Bachelorette, the direct sales manager was accused of cheating on her Bachelor In Paradise beau Grant Kemp.
According to Woman's Day, Grant and Ali broke up because of the proposition of a 'threesome'.
"Ali travelled to LA to see him after the show, because she was considering moving there and really thought it was going to work out," a source said.
"But he tried to make her have a threesome with one of his mates and so she got scared and came running home."
But after the news broke, Grant came out swinging and accused Ali of cheating on him with his housemate.
The reports were then confirmed by a close friend of the American Bachelor, despite previous reports that Ali had broken up with the model because he propositioned her for a threesome.
"He said Ali only dated him for fame, because he has a bigger profile [in the US]. I didn't think it made any sense at the time but I guess now she's going to become the Bachelorette, it makes sense she wanted to stay on the show."
According to the friend, despite Ali grovelling to Grant for forgiveness, the 30-year-old dumped her as soon as he found out, telling everyone he puts "d--ks before chicks" and that he's still close friends with Misha, the mate who did the dirty on him.
As Grant continued to throw the punches, Ali was inundated with hate.
She was branded a cheater and a liar, as thousands of fans even demanded she have the opportunity to look for love on the show revoked.
Ali and Grant's Bachelor In Paradise co-stars appear to be less than impressed by the shock rumours.
In messages posted on the contestants' group chat page, Florence said she was "speechless".
Meanwhile Lisa Hyde – who broke up with Luke McLeod after he cheated on her after Paradise – sniped, "Ali and Luke should hook up and cheat on each other."
The text messages speak for themselves...
Speaking to NW, Ali responded to the claims and said that behind the scenes, her whole world was falling apart.
"I was physically, mentally and emotionally broken," she reveals, confessing that that period of her life was one of the darkest ever. "But I knew I would never give up on love."
"We all have those exes that don't go away, do we?" she said. "Definitely without a doubt, Grant was a waste of my time. He just wasn't the person he said he was. And yes, it was disappointing and crushing, but I learnt from this."
WATCH NEXT: Grant and Ali get steamy on Bachelor in Paradise

While Ali certainly has an enviable figure, much of that can be put down to gruelling work-outs and a healthy diet.
However, while the 'healthy lifestyle motivator' clearly works hard to maintain her incredible physique, she previously confirmed to TV WEEK that she'd undergone a breast augmentation.
Despite hints from her Paradise co-stars, Ali is adamant she hasn't used cosmetic procedures to enhance her facial features.
Talking to OK! Ali responded to the cosmetic surgery speculation and "denied having Botox and lip fillers".
When the fitness guru was pressed about the Botox allegations again during a visit to HIT105, Ali cryptically said: "I hadn't even had Botox in my forehead before."
"Maybe my face isn't moving cause I'm not reacting to the [other Bachie] girls' comment," she quipped. 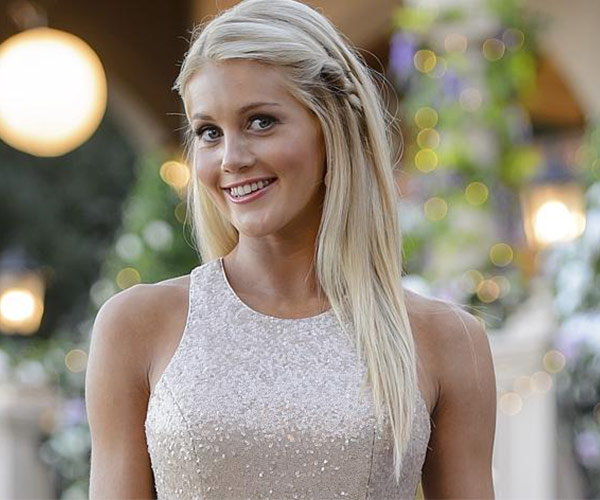 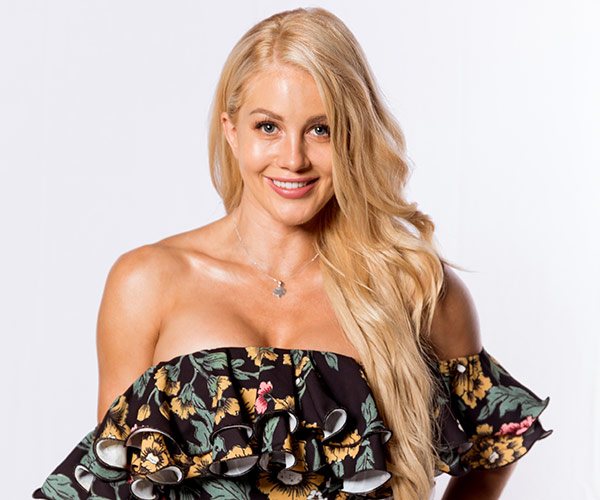 ← Slide →
Ali also previously opened up to The Sunday Telegraph about going under the knife.
"My boobs were not money well spent," she said. "If I had my time over, I would not have gotten them done.
"When I got them done, I did it for someone else. I thought it would make them happy.
"I have also had my lips done, ages ago, and won't do it again. I would only ever have plastic surgery again to get my breast implants removed. I do not like my boobs." 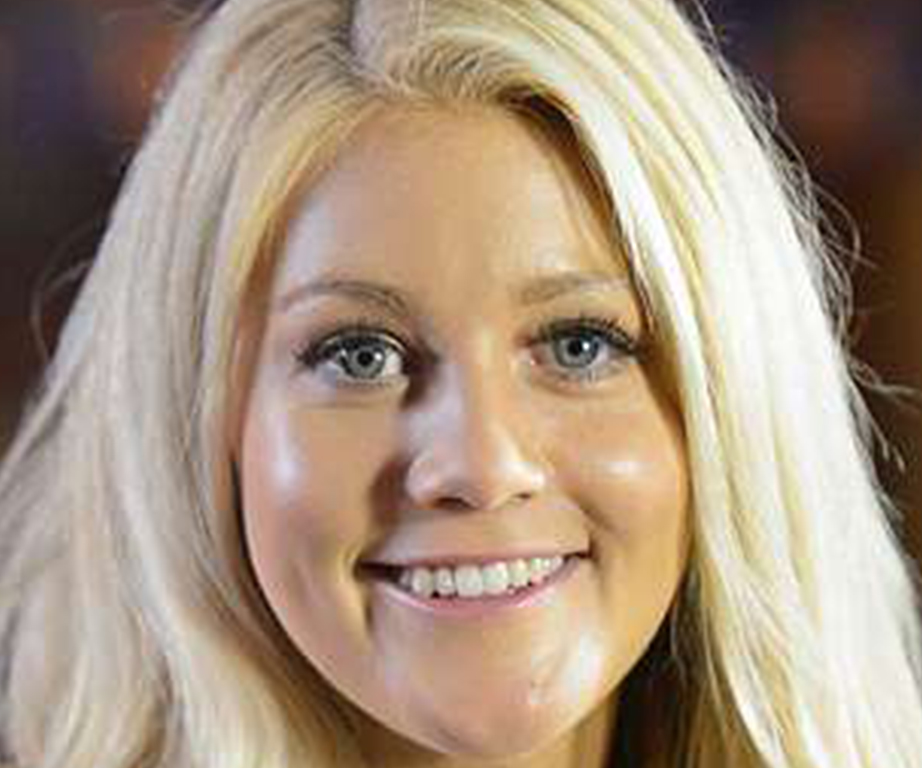 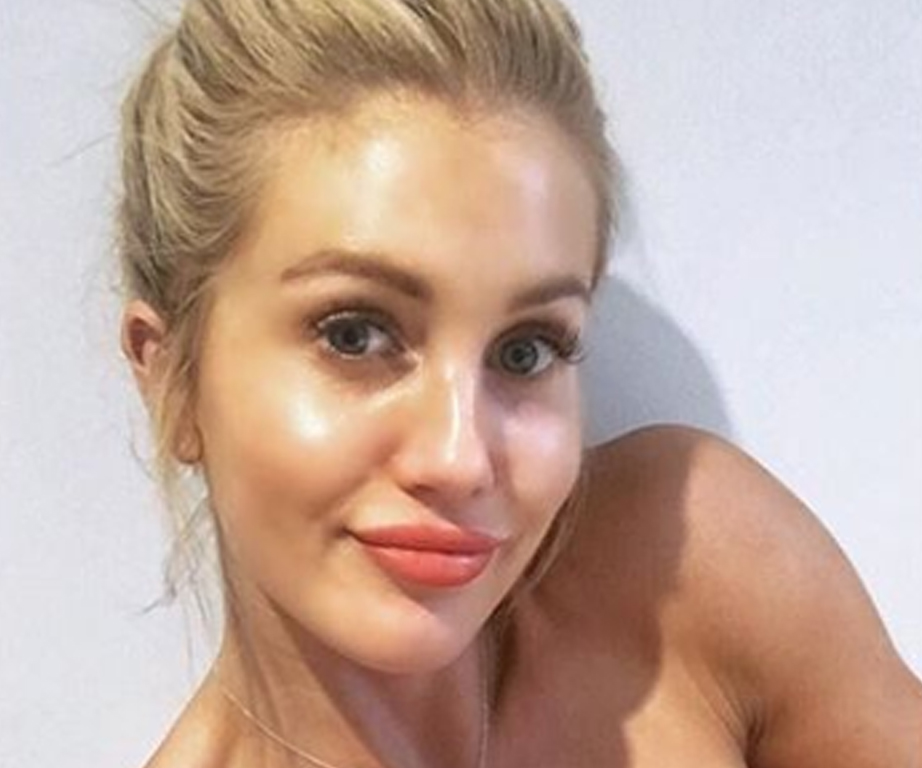 Before Taite and Grant, the former real estate agent announced she was engaged to David Waldeck in July 2015 . The pair parted ways before she filmed Bachelor in Paradise.
However, Ali insists she does not regret her public break-ups.
"I'm truly an independent woman who knows what she wants and who she is," she says when asked how she's changed since first appearing on our screens.
As for what we can expect from her season of The Bachelorette, the self-dubbed "Healthy Lifestyle Motivator" says she hopes viewers see her for "just as I am."
"I'm hoping I'm portrayed as…outgoing, fun, friendly, loving and adventurous," she told TV WEEK.

At the age of 19, Ali starred in Zoo magazine and revealed one of her "sauciest" secrets.
Speaking to the publication, she told them of an X-rated helicopter ride she had enjoyed with a past boyfriend.
"I was in a helicopter with my boyfriend last year and I wanted to see what it was like to do it at altitude. So we went for it," she said.
"It was a joy flight, so it was just us, but we had to cut things short because the pilot was getting a bit distracted. It's a wonder the thing didn't crash. But it was still awesome."
"Next time, I'll make sure the pilot can't see us, and then we can make a proper go of it. I'd have to say that I prefer to do it on the ground though," she added.