Let's be honest, we've all edited pictures of ourselves at some point or another - heck, many of us would even have gone so far as to Photoshop out that blemish, or brighten up the cheekbones to get that #glow.
And it would come as no surprise that Married at First Sight's Martha Kalifatidis is no different. The stunning brunette has been dubbed the 'Kim Kardashian' of the series what with her curvaceous figure, long locks and a knack for a sultry selfie.
But sitting in her Kardashian-esque Instagram feed is a small reminder that no one (Kimmy-K included) is perfect.
In a promotional image for Married at First Sight on Wednesday evening, Martha posted a professional-styled photo of herself wearing a fitted pink dress and bejewelled choker.
But fans were quick to point out a little something that made us do a double take - the difference between this image, and an original version.
The said OG image shared by Daily Mail Australia appears to have been somewhat tweaked, with Martha's new pic showing her hairline slightly raised while her jawline appears to be slimmed down.
With her waist also looking slightly more sculpted, we must say - if Martha is responsible for the photoshopping, she's done a pretty good job keeping it subtle!
Swipe to see the differences below: 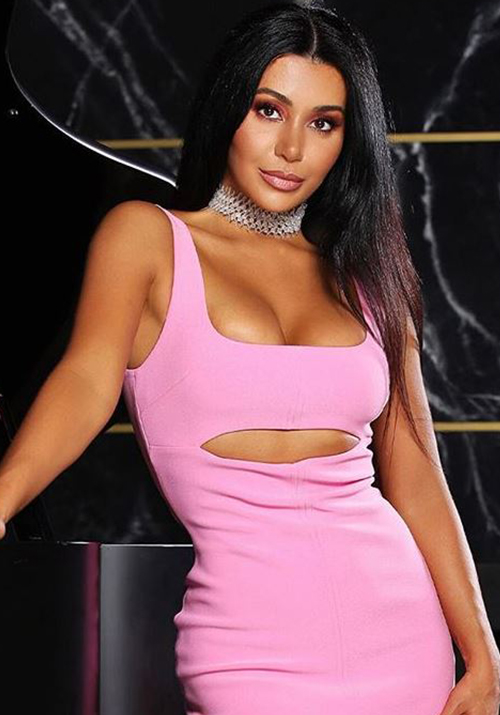 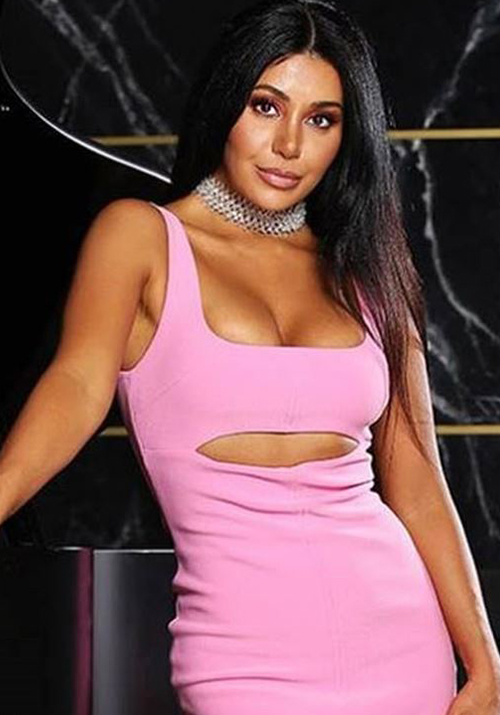 ← Slide →
It's no secret that Martha is no stranger to altering her appearance.
Opening up to NW previously, the reality TV star revealed exactly what procedures she's had done.
She said her motto when it comes to Botox and fillers is: "If you can tell you've had it done, then it's gone wrong".
She then confirmed that she's had both procedures done.
"I do Botox," she admitted.
"But I like to keep it really understated and natural, so I don't like to look like I've had anything done.
"I don't have fillers in my lips – but I do have them in other places on my face... and I've had my boobs done ... like 10 years ago now".
READ MORE: EXCLUSIVE: Martha from Married At First Sight spills on her plastic surgery
Martha's striking look immediately captured the attention of her on-screen 'husband' Mike, 27, who said: "She's beautiful. She looked absolutely amazing. She's got this huge smile and it just drew me in. I think I've struck gold."
Meanwhile Martha, who was also smitten with her groom from the get-go said she thought he was a lot younger.
"He looked like he just got back from Schoolies, fresh out of high school. He was clean shaven and all shiny, like a baby," Martha told TV Week.
"I thought he was going to say he was 22. I was mortified. But no, he wasn't that young, he just obviously gets heaps of sleep, does yoga and drinks his green smoothies."
WATCH: Inside the MAFS dinner party with Michael and Martha. Story continues after video...
And as their wedding night went on, it was clear the couple were a promising match.
"Do you like me?" Martha asked Michael nervously at the wedding reception.
"I do, of course!" Michael said. "I was worried that I wouldn't feel anything when you smiled and I... feel good when you smile. There could be a little bit of feelings there! It makes me excited to see what the future holds."
Since their wedding, things have remained mostly steady between the pair, but we've still got a few weeks to go until we know for sure if they've gone the distance! And don't forget those photos that emerged recently of Martha locking lips with... Ines.