Arguably the most talked about show on television, Married at First Sight is the gift that keeps on giving - and in a myriad of ways.
And now, the reality TV show is hitting the headlines for all the wrong reasons after some seriously bad editing fails have come to light.
Do you have a Married at First Sight tip or know one of the participants? Email us with your tip-off at NowToLoveTips@bauerxcelmedia.com.au
From suspicious clothing changes to different hotel rooms and scripts being read from a book – we break down all of the editing fails from season six!
READ NEXT: MAFS' most EXPLOSIVE commitment ceremony yet: All the insane moments

Ah Jessika Power - the 26-year-old with a big heart and a lot of love to give...except to her actual TV husband Mick Gould.
Eagle eyed fans noticed something was a-miss with our girl on Sunday's episode of MAFS and it was all to do with her magical nail colour.
During the dinner party, Jess's signature long nails were polished with a nude hue but then the next morning, they had miraculously turned a vibrant red!
In fact, Jessika wakes up looking a little worse for ware, which of course is a sign of a good night - so good that she must have visited a 24-hour nail salon to get her nails re-done.
But then, during the same episode, Jessika sits with Mike at the commitment ceremony, and her nails had gone back to nude again.
Either she spends all of her free time visiting nail places or this was a HUGE editing fail!

When Cyrell heard that Martha was spreading rumours about her husband Nic, it was ON!
In order to confront Martha, Cyrell had to "go put her shoes on" as she and Nic had been chatting in their apartment on the sofa.
While she appeared to put on some nude-coloured heels in the first scene, when the camera cut to the actual EPIC argument, her heels had miraculously changed to BOOTS.
Thanks to hilarious Instagram account @MAFSFunny, the epic mistake has been documented forever.

During the week we met Billy Vincent, a 28-year-old model and personal trainer from NSW.
Billy introduced us to his very lovely single mum via FaceTime call - except it wasn't a phone call at all.
In a very funny scene, Billy was seen to be having a "conversation" with a prerecorded video and not his actual mother.
Unless FaceTime has a pause feature, we suspect this is a massive editing FAIL!

Before the dinner party on Wednesday night, fans were treated to a very concerning exchange between Sam Ball and Elizabeth Sobinoff.
And then straight after he told her to calm down for the millionth time and she left, Sam asked his "lover" Ines Basic to come over because he "needed some love after that."
But what happened next, left fans completely baffled.
Eagle-eyed viewers noticed that Ines had visited Sam – but the hotel room numbers miraculously changed.
When Ines knocked on the door to 1904, they cut to the tradie opening the door to 1902.
WATCH NEXT: Editing fail! Ines and Sam's mysterious change of room

On Monday night's episode, we were privy to something not one person wanted to see - physical intimacy between two of the most controversial MAFS contestants this season – Sam Ball and Ines basic.
While it was absolutely torturous to watch, eagle eye viewers noticed something about the whole scene that just wasn't quite right.
When the couple woke up from their evening of "whatever", Ines was seen wearing white underwear; however, the night before, she was wearing some black ones.
Later on, the camera cuts to the floor of the apartment and shows Ines' dress, shoes and black underwear on the floor next to Sam's sneakers.
Popular Instagram account mafsfunny said it best when they added the following comparison to their account:
"Magic! Anyone else notice this haha"
Could the affair actually be fake?
WATCH NEXT: Editing fail! Ines' underwear miraculously changes colour!
But it wasn't just the case of the magical underwear that had fans second-guessing.
After Ines leave, Lizzie makes her dramatic return and here Sam tells the camera that Ines has left her "toothbrush" and "makeup" wipes in the bathroom.
Naturally, people were a little outraged, taking to twitter to point out the gaffe.
"It's so over dramatic it now seems so fake? Also old mate Ines was wearing black underwear last night and she wakes up with white underwear? Mmmm defs (sic) not staged right?!" a fan wrote.
"How did Ines get a tooth brush, makeup wipes plus new white underwear to Sam's apartment? Setup much?? #MAFSAU #PaidActors," another commented.

Did Heidi read from a script?

During their Gold Coast getaway, Heidi Latcham and Mike Gunner had a deep and meaningful on a QLD beach.
The talk saw Heidi suggesting that for them to move forward as a couple, they needed to read the book The Five Love Languages.
"I just feel in relationships we speak different languages. You speak one language," she said.
"We all have different love languages. We receive and we show love in different ways. So you are showing me love you think you're showing me, but I can't feel it."
While this didn't seem too out of the ordinary (especially for Heidi), fans were baffled when they saw what looked like a script in the reflection of Mike's sunglasses.
Heidi then revealed she had brought an actual copy of the book to show him, and while it could have been the pages of that, that we could see in Mike's reflection – fans were still not convinced.
"Could be a script, could be a book, or it could be a screen to light her face better. Good eyes though to pick that one up. If they show a face that isn't speaking the words, chances are it was pieced in afterwards," one fan wrote.
"Typical Channel Nine," another user commented.
"Agenda driven, lying media manipulation. And we all fall victim to it even knowing this... wake up guys! Really, wake up!"

The drama that Lizzie has been engulfed in during this season of Married at First Sight is truly one for the record books.
After her first blow up with Ines, the 27-year-old took it upon herself to apologise to her, and while the gesture was well-intentioned it was clear that the whole thing had been heavily edited.
In the first scene, Lizzie is seen going to talk to Ines with a block of chocolate in a black coat, jeans, a pink top and thongs.
But upon return to her apartment to make amends with Sam, the retail manager was wearing a new outfit - complete with a different bag and gold sandals.
Slide across to see Lizzie's sneaky transformation! 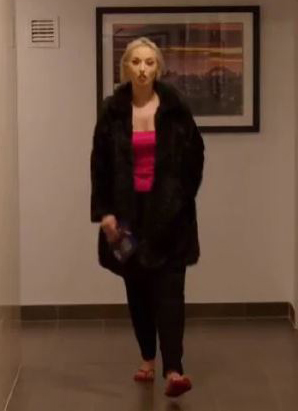 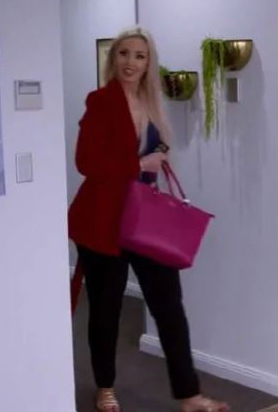 ← Slide →
Fans on twitter were quick to call out the fail.
"Sack the editor. She's got a completely different outfit on. #MAFS" one said.
"Elizabeth comes home from apologising to Ines. 2 different outfits..great editing #MAFS Australia" another said.
So is this the last we'll see of theses editing fails? Somehow we don't think so!

Meet the brides and grooms of Married At First Sight 2019

Married at First Sight: A definitive list of all of Ines' WILD quotes

Which Married At First Sight couples from 2019 are actually still together?

EXCLUSIVE: Married At First Sight's Ines: 'Sam is all mine!'