They do say 'like mother, like daughter', and in the case of the Swedish royals, the phrase couldn't ring truer.
In a moment that style dreams are made of, Crown Princess Victoria of Sweden has stepped out in the same dress her mother Queen Silvia wore 23 years ago, and we, quite frankly, are enamoured.
Attending the 2018 Nobel Prize Awards ceremony in Stockholm on Monday, December 10, Victoria was every bit her mother's daughter when she wore the strapless pink and grey Nina Ricci dress, which Silvia incidentally wore to the exact same event in 1995.
And wardrobes aside, it's clear the pair truly take after each other when it comes to the looks department - though decades apart, they both accessorised the dress with their brunette locks swept into up do's and polished the look off with striking tiaras.
Crown Princess Victoria wore the Connaught Tiara while back in 1995, her mother paired the dress with Queen Sofia's Tiara.
Swipe to see the uncanny similarities below! 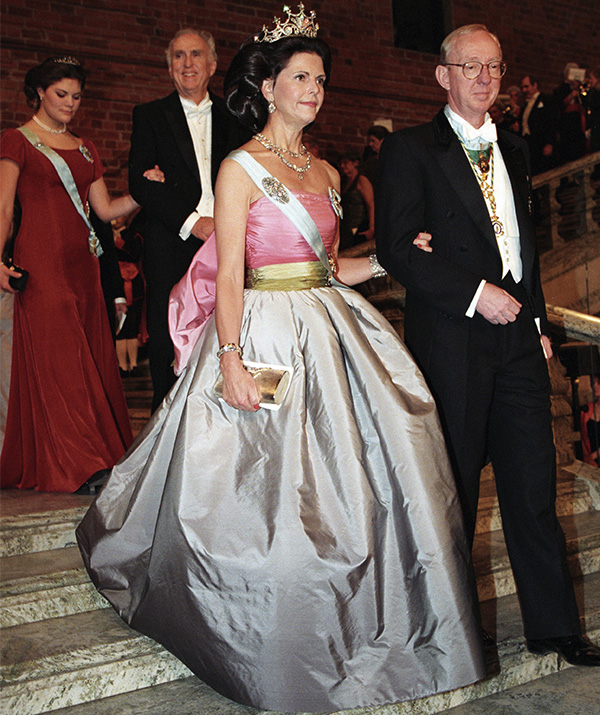 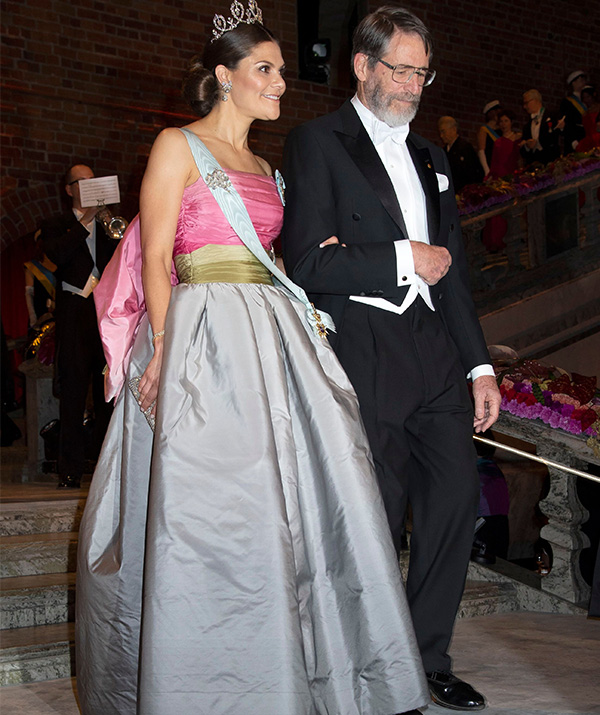 ← Slide →
Victoria's choice of tiara also held a special meaning for her mother - Silvia chose this exact piece for her first ever public tiara appearance (her pre-wedding gala).
During the 2018 Nobel Prize ceremony, King Carl XVI Gustaf handed out awards to achievers in a number of categories including physics, chemistry and medicine.
Princess Victoria was joined by her husband Prince Daniel, as well as Prince Carl Philip and Princess Sofia.
Sofia, 34, looked stunning in a bright red Zetterberg Couture gown with puff shoulders and floor-reaching cape sleeves.
She accessorised her look with the thick pearl choker and the very same tiara she wore to her royal wedding to Carl in 2015.
READ: The best royal wedding dresses in history
Meanwhile Queen Silvia, who must now be a dab hand at attending events like these, opted for an emerald green lace gown with a scallop neckline.
It's no secret the royals are professionals when it comes to glamorous events. In January 2018, the Swedish and British royals reunited when Duchess Catherine and Prince William toured the Scandinavian country.
The royal families indulged in a black tie dinner together, with Kate donning a unique printed gown by Erdem, while Princess Victoria wore a satin midi-dress by Swedish designer Stylein.
If there's one thing that's certain, it's that the royals know how to do fashion!