September marks the return to school for many children across the United Kingdom which means millions of parents will be clutching onto the tissues as they see off their child for their first day.
Two such parents will no doubt be the Duke and Duchess of Cambridge as Princess Charlotte starts her first day Thomas's Battersea, the same school her big brother Prince George attends.
In the blink of an eye, their once tiny baby will waltz into the school gates.
It's a familiar scene that will no doubt remind royal watchers of William and Harry's first days at Ludgrove School.
In September, 2017, Charlotte's big brother Prince George kicked off "big school" at Thomas's Battersea in London following his pre-schooling at Westacre Montessori School.
But not all royals followed the same path - from home-schooling, to boarding and gap years, we look back at the monarchy's schooling history...

Who could forget when a sheepish Prince William tottered hesitantly into Mrs Mynor's Nursery School in Notting Hill Gate in 1985.
An overwhelmed Wills, who was three at the time, clung onto Princess Diana's hand before letting out a shy wave.
After kindy, which also included a stint at the pre-preparatory Wetherby School, a much more confident William moved onto the prestigious Ludgrove Prep School in Wokingham, Berkshire. 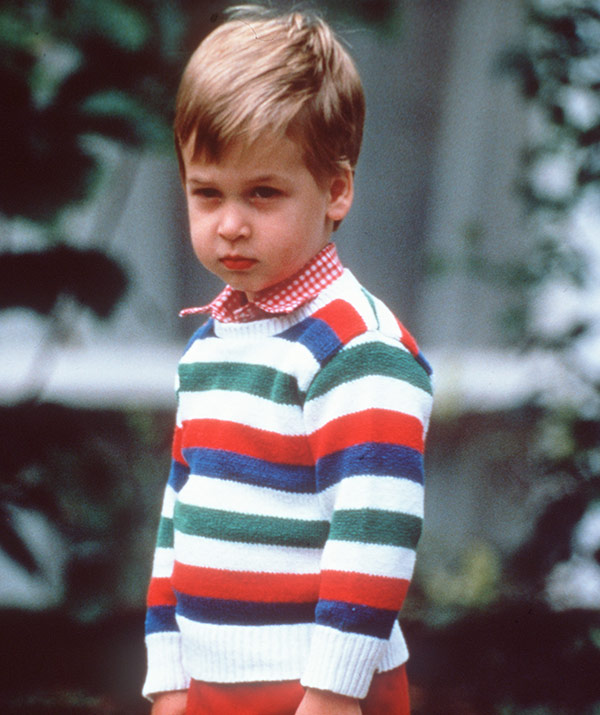 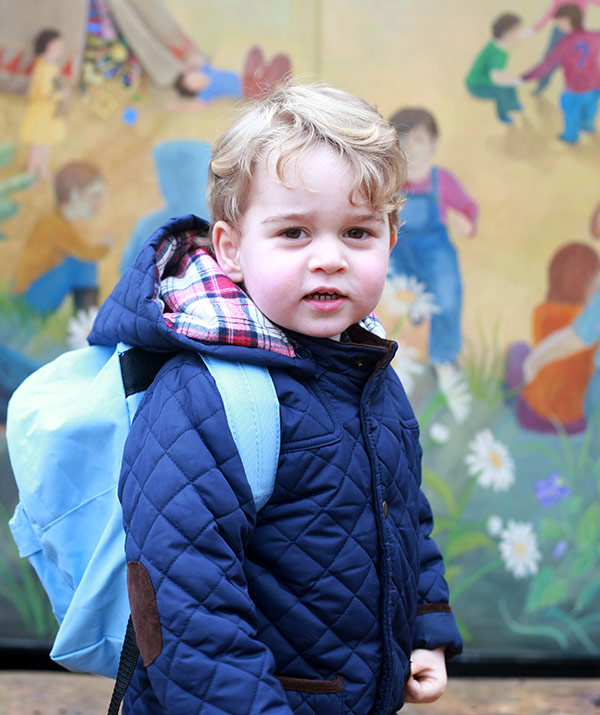 ← Slide →
Throughout his high school years, Wills attended the exclusive boarding school for boys Eton College, where he took biology, history and geography.
This broke with royal tradition as the men of Windsor House usually attend the co-ed school Gordonstoun in Scotland.
At Eton, the future King of England also played water polo and football.
WATCH: Prince William talks about going to college. Post continues after the video...
For his A-level exams, William scored a C in biology, a B in the history of art, and an A in geography.
Looking back on his schooling, the father-of-two has since confessed: "I didn't really like school."
William, now 35, rounded off his studies at the University of St Andrews, where he met his future wife and graduated with a Masters of Arts degree in geography. A rather fitting qualification considering he'll be the ruler of several countries one day!

Prince Harry has always admitted he struggled academically, especially as a child before he found his calling in the military.
Like his big brother, Harry attended nursery school at both Jane Mynors' and the pre-preparatory Wetherby School in London.
Harry also continued onto Ludgrove and Eton.
At Eton, the sports-mad royal shone on the rugby union field and in the pool playing polo.
He went on to score a B in art and a D in geography for his A-levels.
"Exams were always a nightmare, but anything like kicking a ball around or playing PlayStation - or flying - I do generally find a little bit easier than walking, sometimes," Harry has explained.
Following a gap year in Australia and Lesotho, Harry landed a coveted spot at the Royal Military Academy Sandhurst, where he enjoyed an impressive innings as an Apache pilot, which is one of the hardest and most challenging roles to secure in the military and requires an insane amount of skill.

Before she became the Duchess of Cambridge, Kate Middleton was just a normal little girl growing up in the countryside of England.
Her parents sent her to the local private school called St Andrew's in Pangbourne, Berkshire.
Kate went on to board at the co-ed Marlborough College in Wiltshire, before ending up at the University of St Andrews - a decision which would ultimately change her life!
But bright Kate wasn't just at uni to chase princes, the smart student graduated with a 2:1 in the history of art.

The Queen and Prince Philip

In order to prepare for the very unique path of one day being the Queen, Princess Elizabeth and her sister, Princess Margaret, were home-schooled by the best tutors money could buy.
Here, she was served up a diverse offering on everything from her future job description, constitutional history, French and maths.
Although she's never technically sat an exam, Queen Elizabeth is said to be one clever cookie and can clearly hold her own when consulting with world leaders.
"The Queen's father had disliked school and her mother thought it was more important to have fun," Professor Kate Williams, who penned the book Young Elizabeth, told Good Housekeeping.
Proving she wasn't afraid to roll up her sleeves, during World War II Elizabeth broke with royal protocol and joined the Auxiliary Territorial Service, where she trained as a mechanic.
After that, she went on to become the longest-serving and arguably the most respected monarch of all time.
Not bad for a home-schooled princess!
Her husband, Prince Philip, had a rather unsettled path as a result of his unwell mother, who suffered schizophrenia and was sadly sent to an asylum.
He first attended an American school in Paris, before going to Cheam School in Hampshire, England.
One of his teachers described him as a "know it all smarty person, but always remarkably polite." During his teens he went to Gordonstoun boarding school in Scotland, which he credits for toughening him up and making him a man, before joining the Royal Navy.

As the heir to the throne, Prince Charles' education followed the traditional royal path. In 1975, he commenced at the Hill House School in West London before starting at his dad's stomping ground of Cheam, where he was the school captain.
During high school, Charles went on to board at his father's alma mater Gordonstoun in Scotland and studied maths, English language, English literature, Latin, French and history. In 1967 he sat his A Levels and scored a B in history, a C in French, and a distinction in history.
Sadly Charles was bullied relentlessly and loathed Gordonstoun, calling it "absolute hell."
"I hardly get any sleep in the House because I snore and I get hit on the head all the time. The people in my dormitory are foul. Goodness, they are horrid," he once revealed in a letter.
He attended university at Cambridge and University College of Wales, where he studied archaeology and anthropology.
The young Prince was the first ever heir apparent to receive a university degree, scoring a Master of Arts degree from Cambridge. In 1971, he joined the British Armed Forces.
Diana Spencer may not have been academic, but she was a natural-born leader even in the early days of her life.
"I was always told by my family that I was the thick one and that my brother was the clever one and I was always so conscious of that," Diana once said.
During the early years of her life, Diana longed to be a ballet dancer and was home-schooled by a governess. At just nine years old, she was sent to Riddlesworth Hall boarding school, which she said was a lonely and challenging time.
"When he [my father] left, he kissed me goodbye, that day I said to him, 'If you leave me now, you don't love me,' which is a crippler, isn't it? But I meant it," she recalled of being dropped off at boarding school by her dad.
Next she went to the exclusive West Heath Girls' School in Kent, where she failed her O-level exams twice. Despite this, she awarded an accolade for her strong sense of community spirit - a sign of things to come! She rounded off her education at an elite finishing school in Switzerland called Institut Alpin Videmanette.
In the late 70s, she returned to London where she worked as a nanny and pre-school teacher until she married Prince Charles.

Both girls began their schooling at Upton House School in Windsor, before attending Coworth Park School and then onto St George's School in Ascot.
In 2007, Beatrice showed her leadership skills after being elected the head girl. In 2011, she graduated with a 2:1 degree in History and History of Ideas from Goldsmiths College in London.
Her little sister Eugenie opted for a globe-trotting gap year around India, America, South Africa and Australia before completing a English literature and history of art degree at Newcastle University.

Both Zara Tindall and Peter Philips went to Port Regis Prep School in Shaftesbury, Dorset.
The siblings kept in line with family tradition and carved out the rest of their schooling at Gordonstoun in Scotland. Sporty Zara shone during her formative years and was the school captain.
Although she went on to be an Olympic equestrian rider, she also has a physiotherapy degree from the University of Exeter, while big brother Peter studied sports science at the same university.