When Dean Wells got caught up in a partner-swapping scandal on Nine's Married At First Sight he not only hurt his onscreen wife Tracey Jewel, he became Australia's newest reality TV villain.
But despite his bad reputation, fans might be surprised to learn Dean is a dedicated Christian who finds strength and direction from Bible study.
"Reading the Bible and interpreting its messages keeps me grounded and humble," Dean exclusively tells Woman's Day.
Before becoming a famous face on TV, Dean, 40, walked into St Matthew's Anglican Church in Manly, Sydney, seeking spiritual guidance and a place to gather his thoughts.
"I was in a relationship that turned sour and we broke up," he recalls.
"I was feeling lost and happened to be walking past the church and it was Open Day. Something just drew me in."
Dean met Minister Barry Hammond, who introduced him to The Word One To One, a version of the Bible.
"I was very honest with him about everything that was going on in my life and he explained the Bible can help with guidance and direction, and asked if I would be interested in reading with him on a regular basis," says Dean.
"It sounded like a good idea."
Two years on, Dean and Minister Barry continue to meet weekly for one-on-one Bible readings in Manly.
"If I have a problem I'm having trouble dealing with, I think about what Jesus would want me to do," explains Dean.
"Whenever I do that, things seem to work out for me."

Listen to the latest episode of the Woman's Day Uncensored podcast, where the team discuss the latest on Karl Stefanovic and his girlfriend Jasmine, why Camilla is threatening to leave the palace and inside Ada Nicodemou's makeover!
Dean says God helped steer him in the right direction when it came to his notorious partner-swapping scandal with co-star Davina Rankin.
"I took guidance from Him about what the right thing to do was – and he said it was to stay with Tracey," says Dean.
"That's a big reason why I stayed, to try and make it work."
Dean appreciates the personal relationship he's been able to forge with God since walking in to St Matthew's.
"What I like about the church and religion is it's not about ceremony, it's just about your relationship with God and with spirituality," he says.
The church and Barry have been a constant in Dean's life for the past few years, which haven't been easy on the reality TV star.
"He was broken and frustrated when we met," recalls Barry. "He was dealing with the breakdown of a relationship and watching  his mum suffer terminal cancer."
Dean says he thinks his mum would approve of his faith.
"She made a commitment to God before she died and I think it gave her some peace," he says.
"I think if she was still alive she would have become more involved. She was a very spiritual person."
Dean leaned heavily on his faith when he became one of TV's most hated reality stars and says his appearance on screen not only affected his character, his business suffered too.
"In the promotion of the show there were a lot of things said about me that were untrue to my values, which was upsetting and hard to deal with," he says.
"There were times I couldn't leave the house without being recognised or hassled.""People forget it's a reality show. I had to shut down my video production business, Arcade Studios, during the hype  of the show. I'm back in business now and using the lessons I learned from the show." 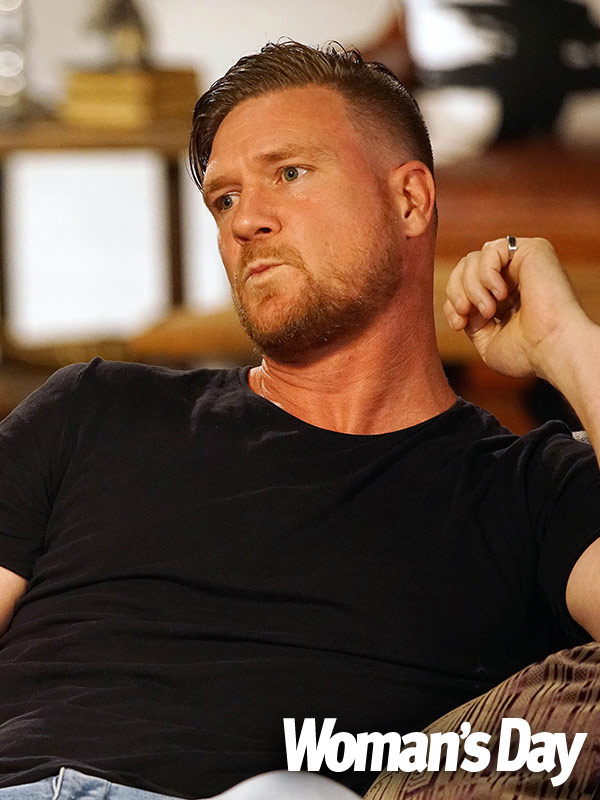 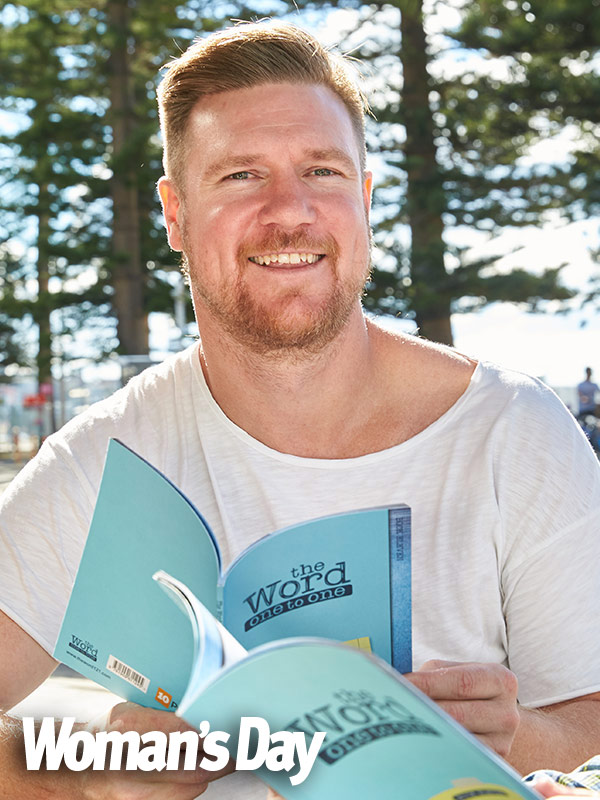 ← Slide →
Now, almost a year on from his TV marriage, Dean says there are a few things he'd do differently.
"I definitely made mistakes but I don't think that makes me a bad person," he says.
"There have been positives and negatives about going on the show and I'm glad I got to open up discussions about masculinity and gender roles in Australia – that makes it all worth it."
For more celebrity goss, be sure to grab the latest issue of Woman's Day magazine, on stands now!