Well, well, well... SPOILER ALERT!
Cass Wood definitely doesn't find love on Bachelor in Paradise.
Over the weekend, Now to Love spotted the 23-year-old hanging out with two of her girlfriends and a very handsome male companion - who we've since discovered is Warringah Rugby club player, Tyson Davis.
The foursome spent time at North Avalon beach in Sydney, soaking up the sun, surfing and just casually enjoying each other's company - while Cass and Tyson, did nothing to deter news of their romance.
The rugby player proved that he has many talents - including photographer extraordinnaire as he knelt down in the hot sand to take a pic of his new girlfriend, Cass and her friends Tori Levett and Karina Chorley.
"You look like 'boyfriends of Instagram'," Cass was heard calling out to Tyson.
Here (below) you can see the "official" pic the Manly native posted on her Instagram and also the exclusive pic of Tyson kneeling down to take the photo - and what skills he has! 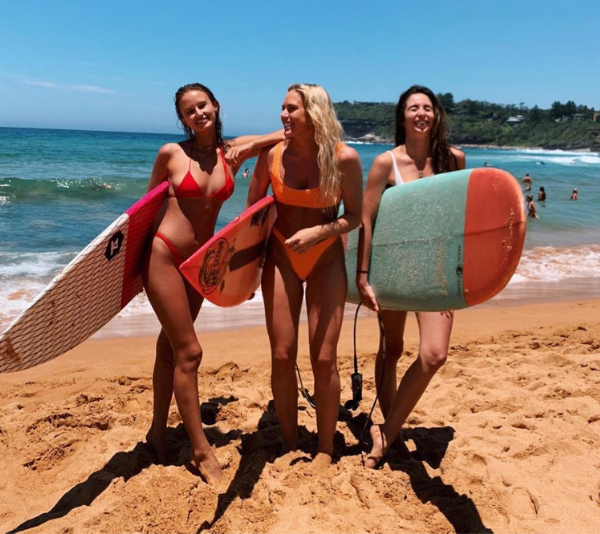 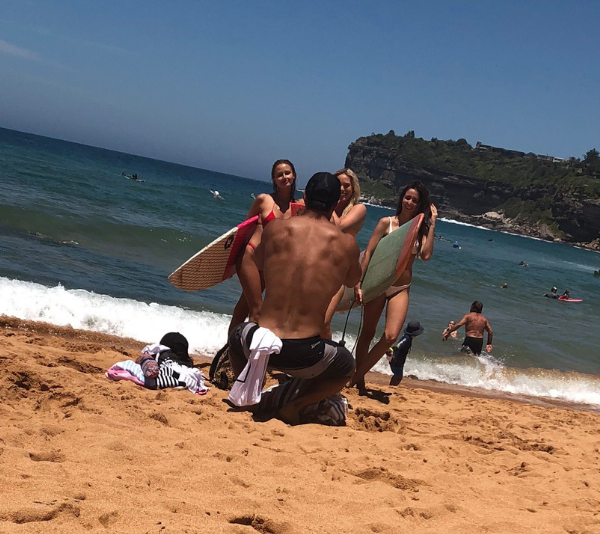 ← Slide →
While we're sure Cass is under contract to keep any hot new romances on the down-low - especially considering Bachelor in Paradise has just finished filming and hasn't even aired yet - the accountant has shared footage of her and Davis on numerous occasions.
It's always a little blink-and-you'll-miss-it as she pans around scenery on her Insta stories, but he's definitely there!
In the first pic (below), they were on a walk with Karina and Tori (who also shared photos on their socials), the same day as they headed to Avalon.
Then, on Sunday, they shared a romantic motorcycle ride - with Cass firmly holding on to her new beau.
And it's not just Cass who is sharing the romance publicly.
Tyson has also kept nothing under wraps with his public Instagram account; sharing snaps of the pair attending Carols on Dec 22 hanging out with friends in Newport and even some loved up posts on Christmas day.
But it is their couple photos he's been sharing, that are the most telling.
Behold:
Story continues...

Even though this is a massive spoiler for the new season of BIP, we can't help but feel extremely happy for our girl, Cass and her new hunky boyfie.
While it feels like forever-a-go now, we still have rather awkward flashbacks of Cass on Nick Cummins' season of The Bachelor and even though the pair were spotted "rather close" at a Sydney event in November, it seems she has finally moved on from the Honey Badger grasps!
WATCH NOW: Cass reveals whether she'd take Nick Cummins' back!