If there was ever anything to prove that international fashion icon Anna Wintour has ageless style, it would be twinning with someone 62 years her junior.
Said with no word of a lie, the Vogue editor-in-chief, 69, was recently pictured sitting beside Victoria Beckham's youngest child, seven-year-old Harper Beckham, and the fashionable twosome shared some striking similarities.
Sporting a Wintour-worthy bob and all-black outfit, Harper was definitely gaining the fashion maven's tick of approval, and fast.
Sitting front row at mum Victoria Beckham's Autumn / Winter 2019 show alongside Anna Wintour, Harper was almost mistaken for the fashion icon by her proud dad David Beckham, who clearly found the twinning moment highly amusing.
Posting an image of the pair at the show, David wrote: "Harper & Anna... who wore it better? Both amazing."
And no matter which way you look at it, it's clear that Harper is growing up to have a fashion sense just as on-point as her stylish mother's - I mean look at these similarities! 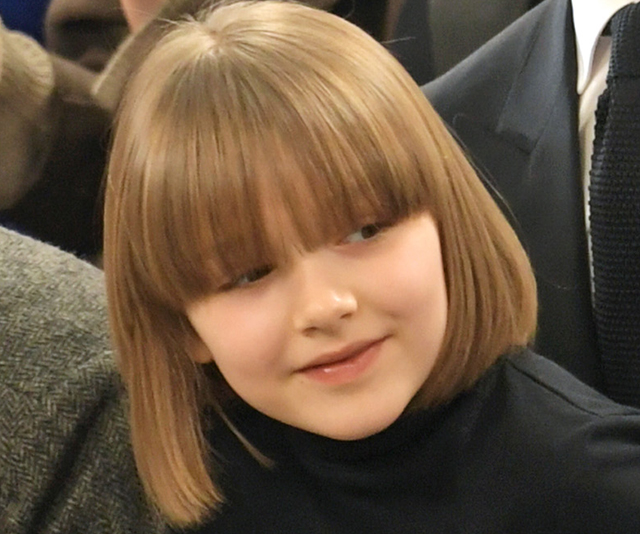 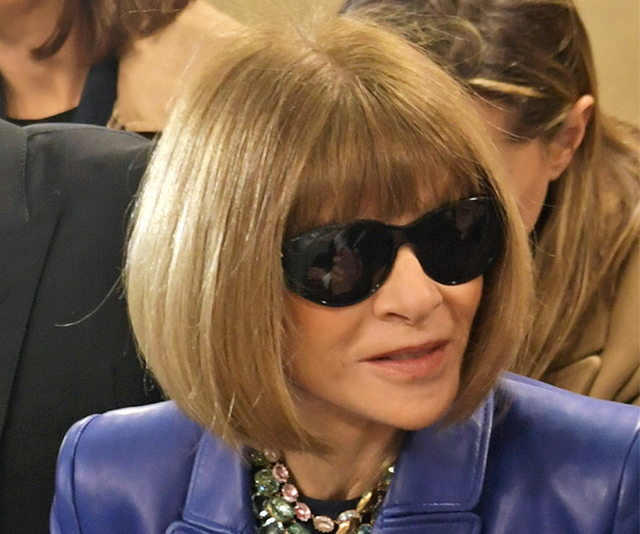 ← Slide →
The new images of Harper and Anna Wintour have taken the internet by storm, with hundreds of people sharing the images on social media.
And with plenty of 'who wore it better' posts, it seems style-queen Anna might need to watch out for this new talent!
"Omg love this! mini-Anna!" wrote one fan.
"Harper for the win," another said.
Then, there was this golden edit:
Harper's adorable bob (or pob - standing for posh bob, as some like to call it!) came about after mum Victoria suggested the chic haircut to husband David - but it took some persuading.
Speaking to Yahoo Style, David revealed: "About a year ago, my wife said, "Maybe we should cut Harper's hair." And I was like, "No! We need to grow it. Do. Not. Touch."
But it seems Victoria's preference won in the end, with the proud mum debuting Harper's bob to the world via Instagram in August last year.
"Hair cut for our baby girl x kisses from Harper x #howchic," wrote Victoria at the time.
During the fashion show on Sunday, the Beckham brood put on a united show of support for their mum with Romeo, 16, Cruz, 13, Brooklyn, 19, all joining Harper and David.
It's safe to say this family knows how to nail the style stakes - long may the group front row appearances continue!
WATCH: Victoria Beckham discusses her family.