British Royals have long been expected to carry themselves in a certain way, as dictated by royal protocol.
But sometimes our favourite Brits just can't keep their hands to themselves, especially when it comes to their lovely husbands and wives.
We all let out a giggle when we saw Mike Tindall go in for a very cheeky bum grab, pinching his wife Zara Tindall's derriere at an event a few years back.
The couple, who are proud parents to Mia, Lena and Lucas were spotted strolling around the fairgrounds at the Festival of British Eventing at Gatcombe Park.
But when it comes to being caught out with a cheeky intimate touch, Zara and Mike certainly aren't alone among the members of the monarchy.
Even before their royal exit in 2020 let them break free from royal protocol, Prince Harry and Meghan Markle were happy to show the world how smitten they were, smashing out the royal rule book along the way.
Though it's been years since their royal honeymoon, the couple still seem to be in their loved-up honeymoon phase - we just see a little less of it now they're living in the US with their two children.
Still, when this royal pair make appearances they can always be seen holding hands and standing close.
Meanwhile, Harry's older brother Prince William showed off a similar level of affection shortly after he and wife Kate Middleton married.
There were tender looks, plenty of hand-holding and even a few stolen kisses here and there at royal outings.
Over time, the couple became more serious members of the royal family and scaled back the PDA a touch - but the love between them is still so clear.
Just look at how in love they look even after all these years... 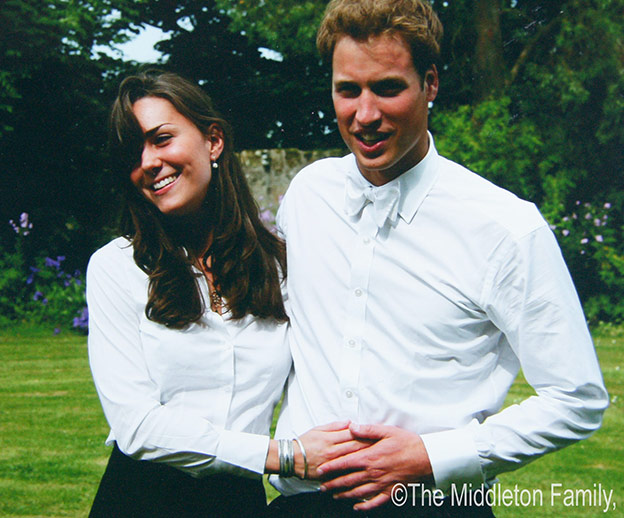 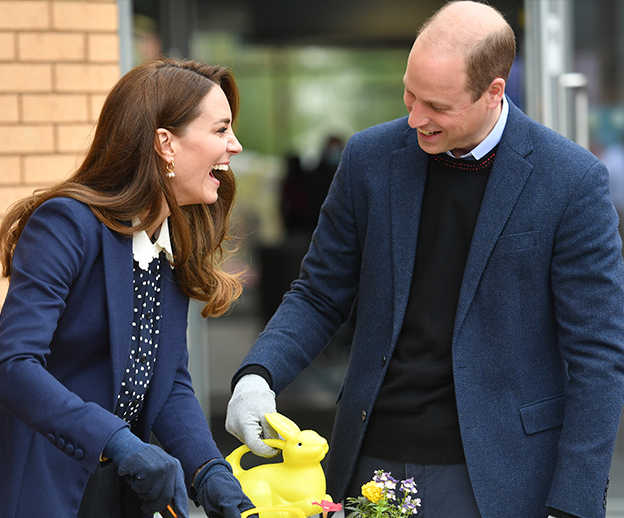 ← Slide →
These days, they avoid holding hands (unless we're really lucky) and instead we get a glimpse of their chemistry through a look or a slight knee graze.
Since celebrating their 10th wedding anniversary in 2021, however, we have seen a touch more royal PDA from the pair... but only a touch!
And they're not the only royal couple still prone to indulge in some PDA.
Sit back, and fall in love as we remind ourselves of all the times the royal protocol was thrown out the window!
1 / 0

After introducing her "incredible" husband at the 2022 Invictus Games Opening Ceremony, Meghan shared a quick smooch with Harry on stage for all to see.

Zara and Mike Tindall stole a sweet kiss at Cheltenham Festival in March 2022, a very rare PDA for the royals.

Harry and Meghan couldn't keep their hands off each other at the Global Citizen Live on September 25, 2021 in New York City.

Harry and Meghan couldn't wipe the smiles off their faces (or keep their hands to themselves!) during a visit to One World Observatory on September 23, 2021 in New York City.

Kate put a loving arm on William's back backstage during the inaugural Earthshot Prize Awards 2021 on October 17, 2021 in London.

After their first photo call as a family of three in 2019, Meghan couldn't help but put a loving arm around her husband.

And Harry is always looking out for his wife.

Could these two be any cuter?

The look of love!

Flirting on the field! Meghan and Prince Harry went in for a winning kiss at the polo...

During their tour of Dublin, they had us all grinning with their cute little affectionate moments.

In fact, the Duke and Duchess of Sussex cannot help but hold onto each other.

But it should be noted, the original PDA ambassadors were Prince William and Duchess Kate.

Just look at these two!

A kiss as man and wife.

The entire Cambridge clan rally around young George when he had a moment at Harry's wedding.

The world went into overdrive when Meghan and Harry went public back in 2016.

And the couple, to this day, can't help but touch each other.

Whether they were being cheeky...

Or giving each other that look...

The couple are certainly smitten.

These interactions are one of the sweet moments in Kate and Wills story.

Our heart skips a beat when we see the parents show off their fun nature.

We will always treasure this.

We adore seeing William brush away his daughter's hair.

We got to see Kate in full mum mode with her Charlotte...

And one for Kate!

Back in 2012, we all let out a gasp when Kate gave her charming man a kiss.

The pair were all kinds of smitten after their wedding.

Mike Tindall swoons over his princess.

Zara and Mike were basking in that new parent glow, just weeks after welcoming their second child.

And Mia is just like her parents, running to Uncle William to give a smooch.

This rare snap of Princess Diana with Queen Elizabeth.

Charles with his second wife Camilla.

In fact, a kiss between loved ones is a language the royals love speaking.

Charles and Diana in happier times.

The polo seems to bring something out of the royal princes.