Is there any a combination as pure as Princess Mary and show-stopping fashion?
We tend to think not, and her latest dazzling show of outfits during a trip to South Korea has, quite frankly, knocked it out of the park - one that's fit for a glossy cover photo shoot, no less.

As she and husband Crown Prince Frederik delivered a whirlwind three-day tour of South Korea, the dazzling Princess was once again on full fashion-forward form, donning no less than four stunning outfits that had us oggling with glee.
The trip was held in a bid to strengthen Denmark and South Korea's relationship in cultural and business industries.
The two countries have a big focus on cultural, sporting and sustainable practises and events each year, so the trip marked a beautiful union between the two.
While Mary was undoubtedly kept very busy with a jam-packed schedule, she still managed to ooze glamour with every ensemble she stepped out in.
Keep scrolling as we take a closer look at each of Mary's fashion-forward looks.

Starting with a formal engagement at the government office on May 20, Frederik and Mary attended a meeting with South Korean Prime Minister Lee Nak-yon where they chatted together.
Wearing a stunning floral print dress in blush and beige, Mary looked beautiful with her hair styled in an up-do.
Her silver drop earrings and nude shoes also added to her overall look, which embodied royal chic like no other!

On their second day of the tour, Crown Princess Mary embraced statement-making fashion like no other, stepping out in a beautiful white suit.
With wide-legged white pants and a bold shouldered blazer, the Danish royal looked utterly chic - although the outfit was a rather brave choice considering the activity she later took part in.
Indeed after being invited as a guest of honour at a food sustainability seminar, Mary was asked to help attending chef prepare part of a meal.
Ever the calm and cool royal we know her to be, Mary grated and sprinkled the food with condiments like a pro!

On her third and final day of the tour, Princess Mary stepped out to visit Seoul National University Hospital wearing a stunning burnt orange dress by Marc Jacobs.
The bright, fresh style has long been a favourite of Mary's - she wore the exact same look in 2012 while she was out and about - and seeing her then and now only proves the 47-year-old will never lose her youthful glow.
In 2012, Mary chose to wear the gorgeous keyhole detail on the dress open, but this time around she buttoned it up - subtle differences!
Swipe to see her wear the same dress seven years apart below! 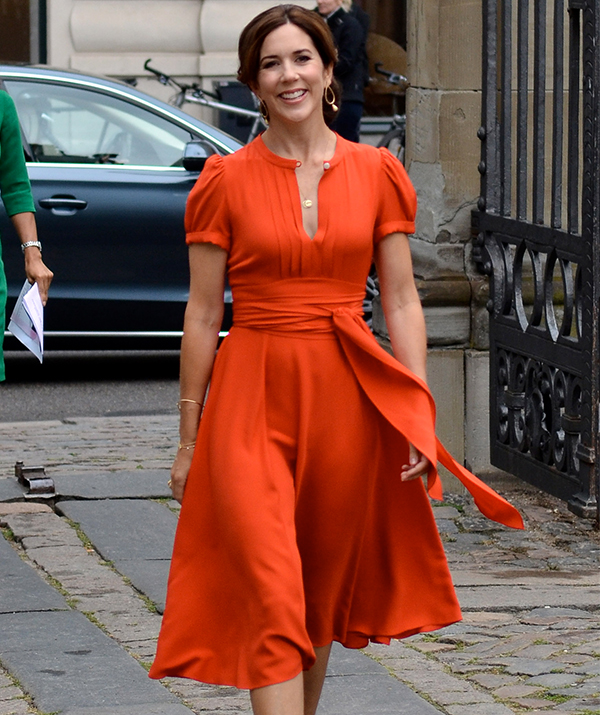 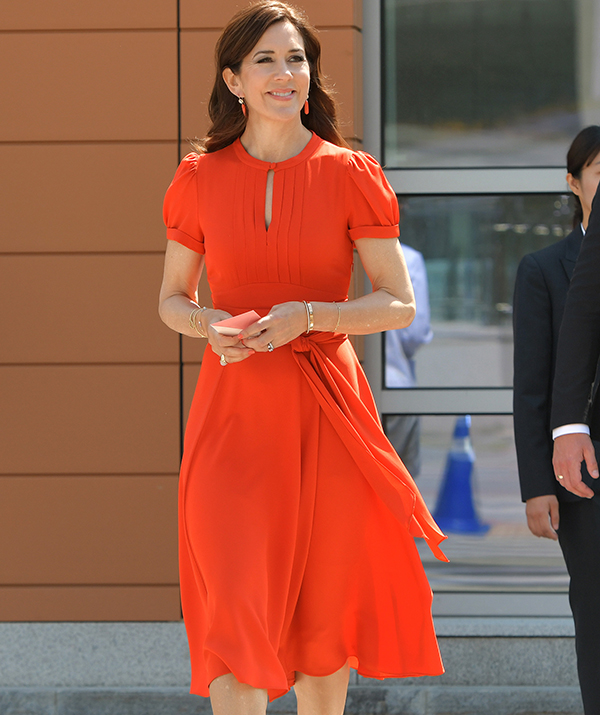 In her final look, Princess Mary went out with a bang wearing a stunning while dress with capped sleeves.
Always a dazzler, the brunette beauty delivered a speech as she attended the opening reception for the Asger Jorn Exhibition, which was hosted at the National Museum of Modern and Contemporary Art in South Korea.
And in a moment none of us were expecting, Mary proved she's quite the all-rounder, taking part in a game of 'Three Sided Football' which was a game created by Asger during the Cold War.
Look at her go in those heels! Big props, Mary!