There's no denying Khloe Kardashian's looks have always set her apart from her sisters Kim and Kourtney.
Once branded the "ugly" sister, Khloe rose above the cruel taunts and embraced her own beauty and body, even shedding some kilos in an amazing physical transformation in the late 2010s.
But has the star also undergone plastic surgery to achieve her new look? Fans have certainly picked up on some major changes to the 37-year-old's appearance lately.
Several of her Instagram photos have gone viral because of it, with critics claiming she's either been photoshopping her features or has undergone surgery. 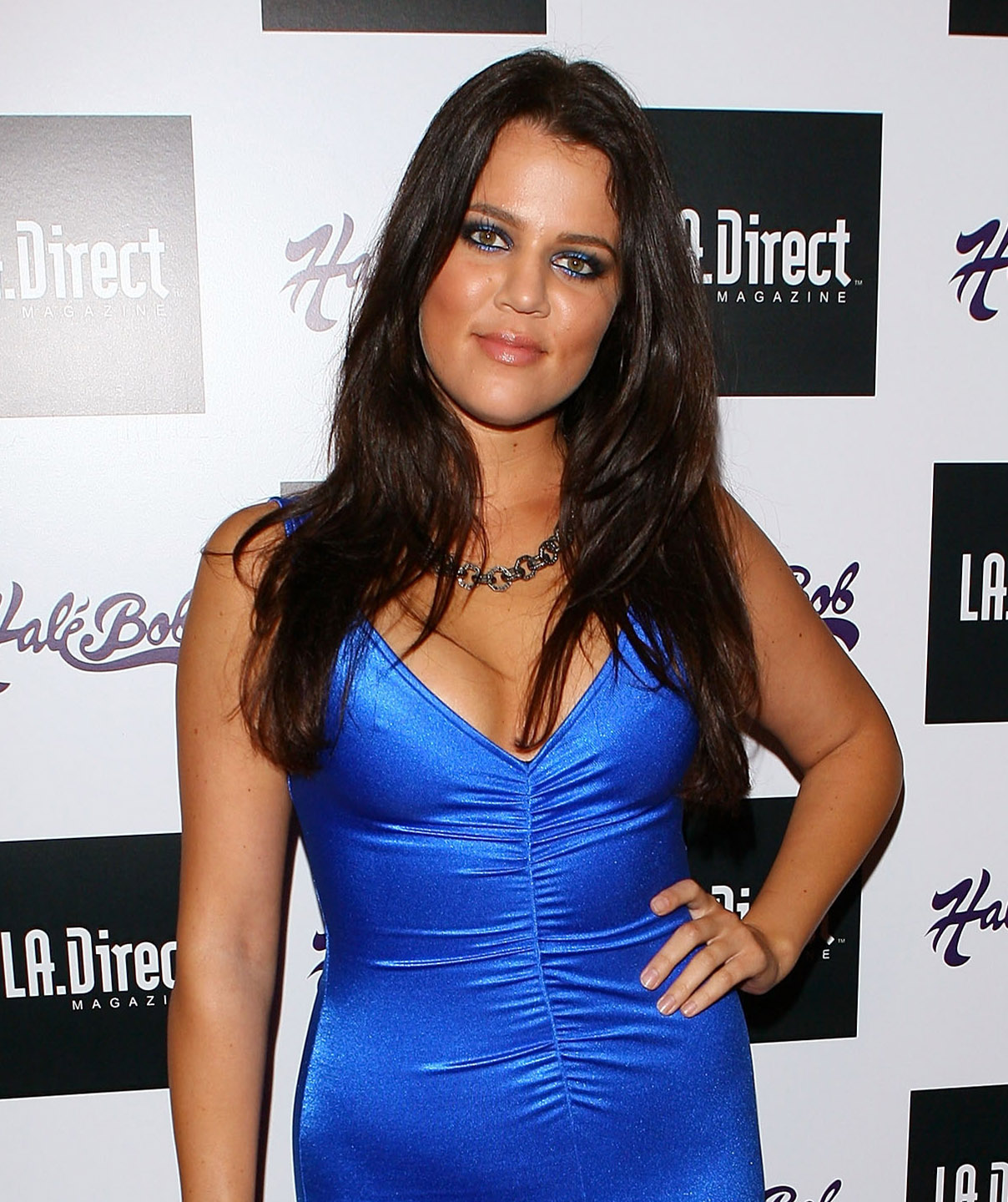 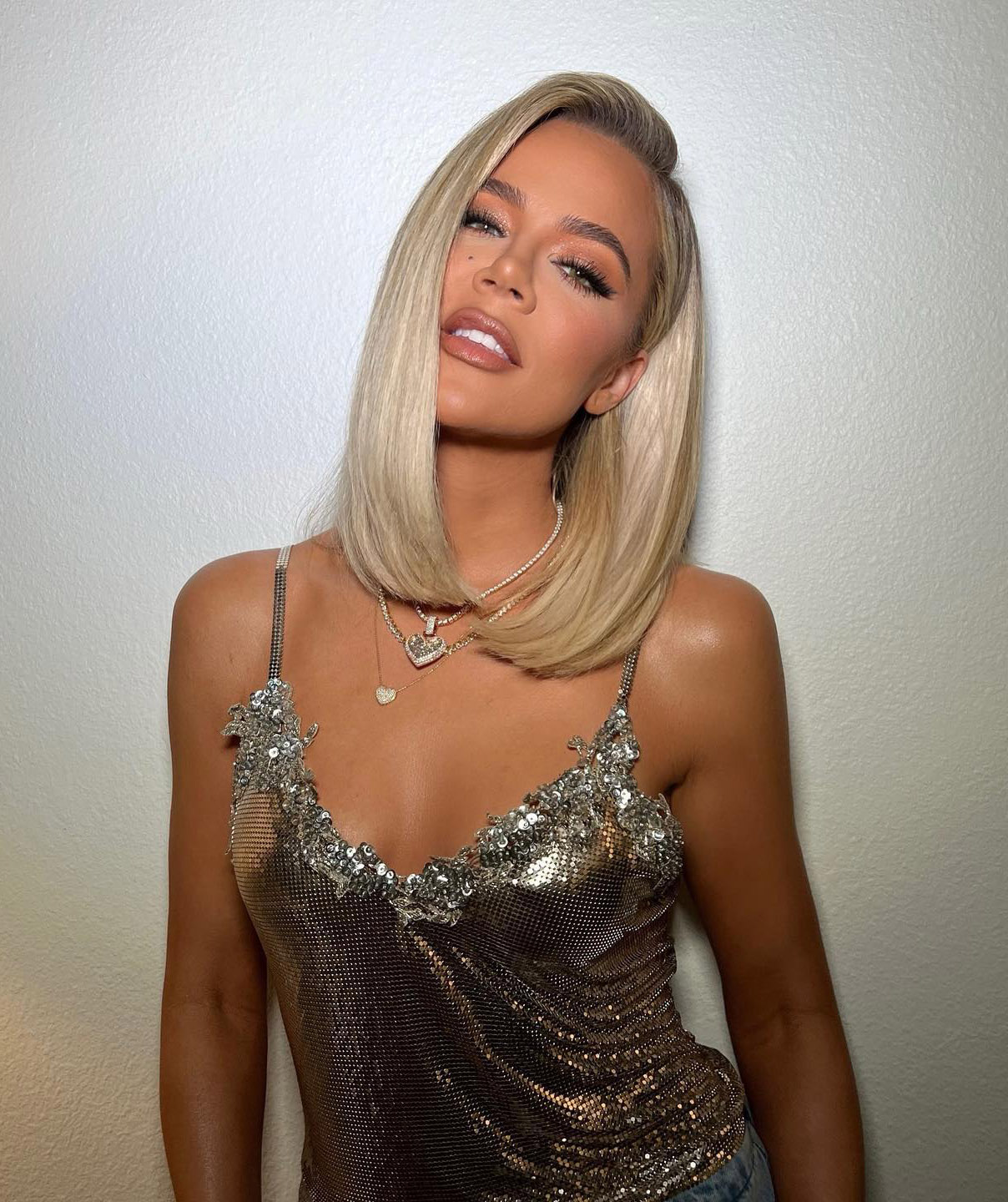 ← Slide →
During the family's Keeping Up With The Kardashians reunion in 2021, Khloe revealed: "For me, everyone says, 'Oh my gosh, she's had her third face transplant,' but I've had one nose job'.
"And everyone gets so upset, like, why don't I talk about it. No one's ever asked me."
The star maintains she's had no surgeries on her body and the few times she's had botox in her face she "responded horribly" to the treatment.
She also documented much of her physical transformation on KUWTK, including plenty of workouts with celebrity trainers and eating healthy.
WATCH BELOW: Khloe Kardashian talks fillers. Article continues after video.
But the star has had to battle speculation and criticism for years now, with people commenting on her body and what she has or hasn't had done to it since she was in her 20s.
In June 2015, Khloe addressed allegations that she'd had liposuction by tweeting, "I find it disgusting but maybe a compliment that I'm being accused of getting Lipo done. I work out 5 days a week. I bust my ass!"
When she slimmed down after welcoming daughter True in 2018 and that cheating scandal with her ex Tristan Thompson and sister Kylie Jenner's best friend Jordyn Woods, Khloe faced even more rumours about her figure.
"For over a decade now in photos, every single flaw and imperfection has been micro-analysed and made fun of to the smallest detail and I am reminded of them everyday by the world," she wrote on Instagram last year.
"And when I take that criticism to use as motivation to get myself in the best shape of my life and to even help others with the same struggles I am told I couldn't have done it through hard work and I must have paid for it all."
Fortunately, Khloe has chosen to rise above the criticism and made a name for herself as a Kardashian, as well as the star of her own show Revenge Body and the founder of Good American jeans.
"I don't want to people to feel like they have to be a certain size to be accepted," she once said of the size-inclusive brand.
Though, that won't stop some critics from whispering that she's had everything from liposuction, to jaw surgery and an eye lift.
But Khloe isn't the only one in her famous family to battle constant claims that she's had work done.
Younger sister Kylie Jenner has been accused of a full body sugrical makeover but says she's only ever had lip fillers, and elder sister Kim Kardashian has denied having a nose job but admitted to Botox which she doesn't consider as plastic surgery.
In 2019, Kim revealed her makeup artist Mario Dedivanovic contours her face in a way that changes the appearance of her nose.
"I never had my nose done," Kim said according to PEOPLE. "Everyone thought I did, and I said wait until I have kids because your real features come out."
Keep up with the whole family's ever-changing looks on their new show The Kardashians, streaming now on Disney+.