Crown Prince Frederik may be the heir to the Danish throne, but he's not immune from suffering from wayward lockdown hair like the rest of us.
Overnight, the 51-year-old shared a very candid glimpse into his first trip to the hairdresser in weeks, via the official Danish Royal Family's Instagram account.

Uploading two selfies - one showing Fred's freshly-trimmed locks post-haircut and the other showing the father-of-four rocking a rather overgrown and dishevelled mop - the husband to Australian-born Crown Princess Mary joked that he was making the most of being able to go to the hairdressers again after Denmark lifted some restrictions around coronavirus.
"I guess I'm not the only one who's been to the hairdresser today," Prince Frederik joked.
Adding: "Fortunately it is now possible for hairdressers and other small businesses and shops to keep open on top of a long shutdown. I would like to thank everyone for being so ready to change and for hekping keep the wheels going for a period that requires a lot of us all."
Fred's hilarious post was inundated with comments from people around the world sympathising with the Prince's woes.
Slide across to see Prince Frederik's dramatic before and after transformation! Images via @detdanskekongehus/Instagram 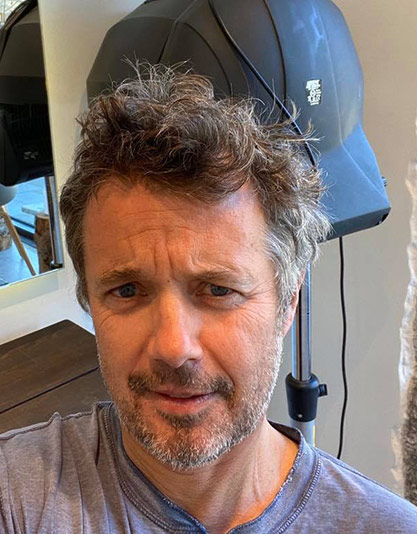 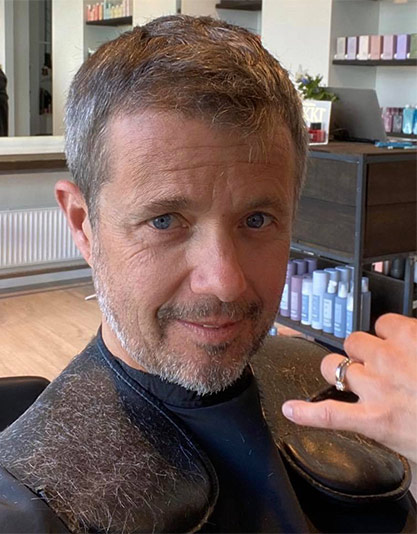 ← Slide →
Like so many families around the world, Prince Frederik and Princess Mary have been homeschooling their four children during the worldwide pandemic.
In March, it was confirmed Crown Princess Mary and Crown Prince Frederik's four young children Prince Christian, 14, Princess Isabella, 12, and twins Prince Vincent and Princess Josephine, both nine, would return to Denmark despite their intentions to finish up the term studying abroad in Switzerland.
In a statement released by the Danish royal household, the family confirmed: "In light of the worsening situation in Denmark in connection with the handling of the spread of COVID-19, the Crown Prince couple has decided that the family will leave home from Switzerland."
Last week, the family rung in a special milestone - from a distance - as Frederik's mother Queen Margrethe of Denmark turned 80.
Despite the uncertainty in the world right now, it's good to see Prince Frederik using his sense of humour to bring us some much needed laughter.
Keep those selfies coming please, Your Royal Highness.