He may be the heir to the throne but there's nothing the Prince of Wales loves more than playing the role of doting grandfather to his four grandchildren, Prince George, six, Princess Charlotte, four, Prince Louis, one, and Master Archie, 11 months.
And now, us eagle-eyed watchers here at Now To Love have spotted a never-before-seen new photo with one of his beloved grandchildren.

The secret new portrait was spotted in the background at Prince Charles' Scottish residence, Birkhall, over the weekend after Clarence House shared a photo of the 71-year-old carrying out his royal duties remotely as he recovers from coronavirus.
In the foreground, Prince Charles can be seen opening a new hospital via video link from his laptop.
In the background, Charles' antique piano is awash with family photos - from Archie's christening last year to photos of his mother The Queen during her childhood.
But it was one snapshot in particular that caught our eye - an unreleased black-and-white portrait of Prince Charles sharing a warm embrace with one of his grandchildren.
Slide across to spot the secret photo in the top righthand corner. Image via: Clarence House Instagram 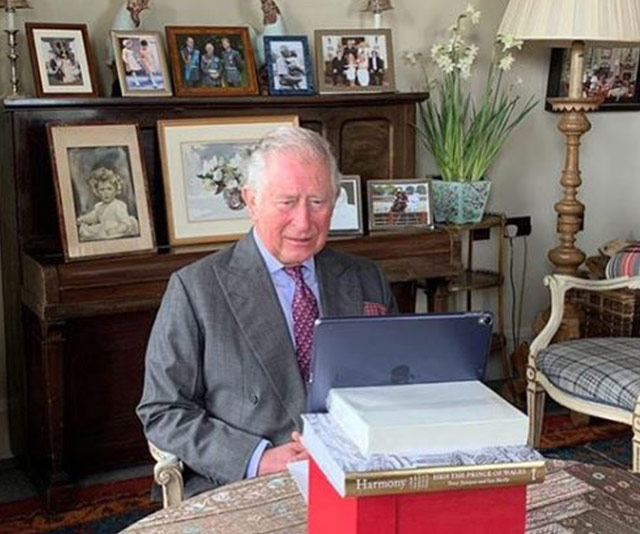 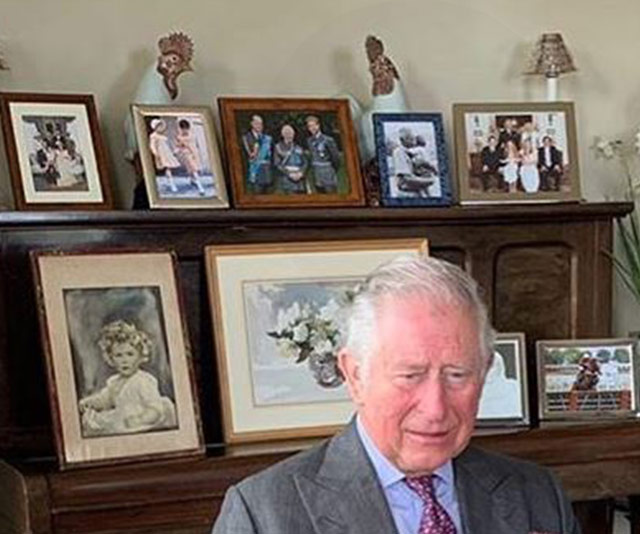 ← Slide →
Now, there's no way we can 100% confirm which grandchild is in the photo however, the child in question looks to be about one when the snap was taken and sporting a mop of dark brunette hair.
That immediately rules out Duchess Meghan and Prince Harry's son Archie, who has taken after his father with fair ginger locks.
Cast your minds back to when Prince George and Prince Louis were around that age, they didn't have too much hair by that point.
Enter Princess Charlotte, who by the time she was one had dark chocolate brown locks.
While we may never know for sure, if we had to take a punt, we'd say it was her!
In the past, Charles has spoken affectionately about his grandchildren, once admitting: "[They'll] look after me when I'm tottering about."
Charles has also revealed he plants trees at his Gloucestershire home with Prince George, telling Gardeners' Question Time he hopes George will inherit his passion for gardening.
"I hope, you just never know what people are going to be interested in; the most important thing is that I got him planting a tree or two here."
"We planted it together and shovelled in the earth because that's the way, I think, when you're very small, and then each time you come you say 'do you see how much the tree has grown?' and you hope that they take an interest."