If there's one thing that is as famous as Married at First Sight's Michael Brunelli, besides his "wife" Martha Kalifatidis- it's his luscious long locks.
And now, in an incredible move to raise money for the Sydney Children's Hospital Foundation - the MAFS season six groom has shaven it all off.

After manning the phones of the Gold Telethon during Channel Nine's live telecast, Michael bravely sat in front of the country as his wife (struggled) to cut his incredibly thick hair.
Starting with a razor and then grabbing the scissors, Martha chopped off her "husband's" hair - with the ponytail being sent to the hospital to be turned into wigs for cancer patients.
Although we had to wait a few hours for the results, once we got them, they were truly gobsmacking!
Slide the slider to the left for the final reveal! 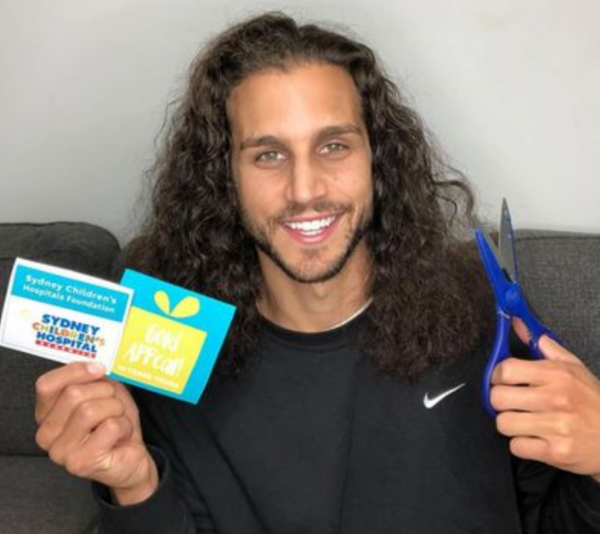 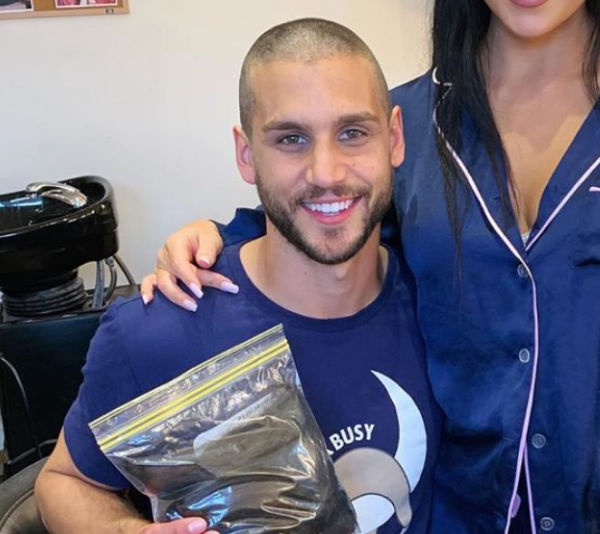 ← Slide →
In an exclusive interview last week, Michael revealed that he hadn't changed his hair for five years.
"I'm ready for a new look," Michael confessed, while adding: "So why not help a few sick kids while I do that!"
And what did his wife think of this?
"Martha has been sharpening her scissors since we were filming MAFS!" Michael revealed.
"She's been sending me hair inspo on Instagram of what she likes... ice blonde and pink are definitely on the radar. I might have to put it out there on my Instagram for people to vote! What colour is Kanye's hair at the moment? I might have to get inspiration from him!"
WATCH NEXT: Michael and Martha's final vows on MAFS. Post continues after video...
To donate to Michael's cause, you can click HERE.
To donate directly to the Sydney Children's Hospital foundation, you can click HERE.