We all remember that moment when Duchess Catherine's sister, Pippa Middleton, unintentionally upstaged the bride on her wedding day to Prince William in 2011, when she walked down the aisle in a figure-hugging dress that perfectly accentuated her incredible physique.
So it was like history was repeating itself when Meghan Markle married Prince Harry, with many eyes wandering to the woman in blue, Meghan's best friend Jessica Mulroney.
Jessica, who is thought to have been Meghan Markle's "unofficial" maid of honour at her wedding to Prince Harry in May 2018, had a 'Pippa moment' when her enviously pert backside and toned arms caught the attention of the millions watching around the world, as she made her way into the church with the adorable bridesmaids and page boys.
From her shapely bum to her toned biceps, Jessica Mulroney had a 'Pippa moment' at the 2018 Royal Wedding. Slide to see! 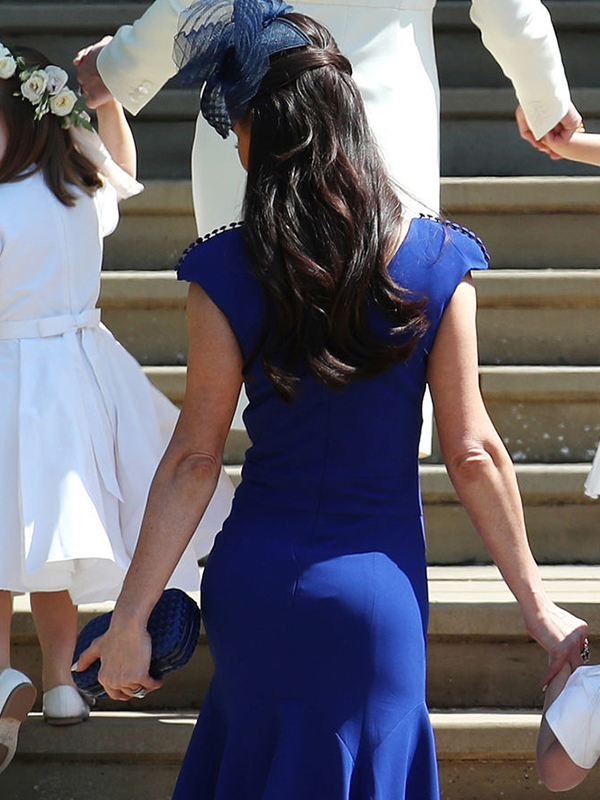 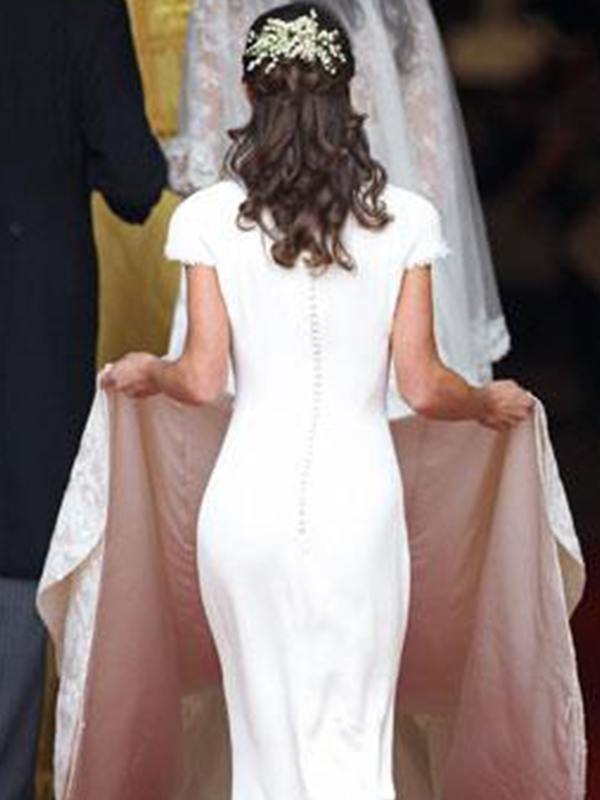 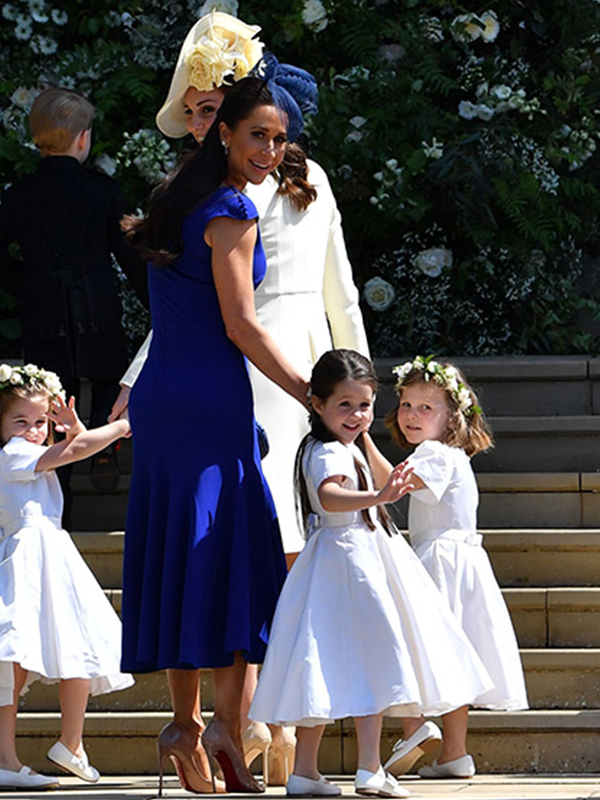 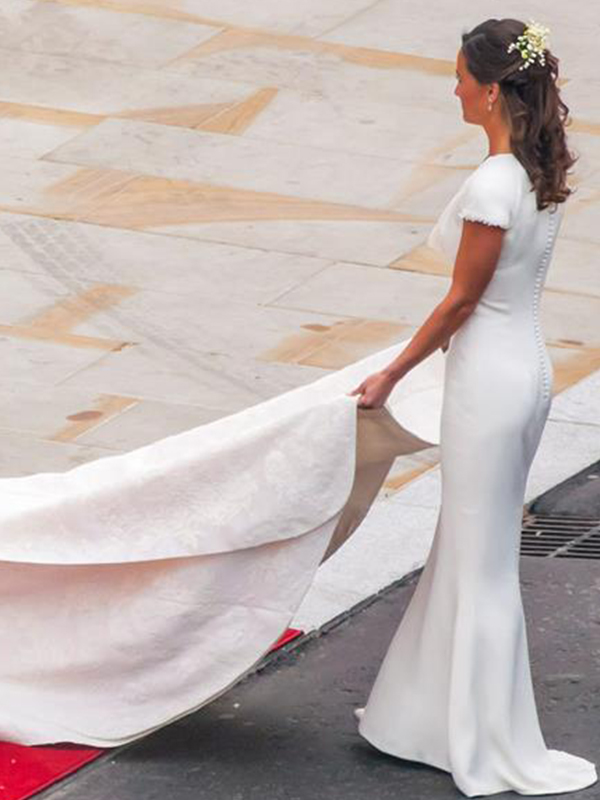 ← Slide →
Jess received a lot of positive attention from royal fans on Twitter! From her fitted, royal blue dress, to her "guns", to her and Meghan's "friendship goals", Jessica Mulroney made some online fans.
Jessica is such a dear friend of Meghan's that her three children, daughter Ivy and twin boys Brian and John, were asked to be included in the wedding as bridesmaid and page boys.
In fact, it was one of Jessica's seven-year-old twin sons, Brian, who's awestruck expression went viral during the televised wedding, capturing the internet's heart.
As Meghan was making her way down the aisle of St George's Chapel in her stunning Givenchy wedding dress, Brian's beaming, joyful face was visible behind the bride as he wordlessly communicated what everyone was feeling in that heart-stopping moment.
After the wedding, Jessica took to Instagram to post about the "magical weekend" she had celebrating her friend.
Sharing a picture of her boys trailing Meghan carrying her dress to Instagram, the Toronto-based mum wrote: "Proud friend. Proud mum."
It's clear Jessica Mulroney plays a huge part in Meghan's life, read on to find out exactly how close the two women are...

How are Meghan Markle and Jessica Mulroney friends?

Jessica Mulroney, 38, is a well-connected Canadian stylist, consultant and wedding planner.
Meghan and Jessica are thought to have met when Meghan first moved from LA to Toronto, in 2011, to film Suits. Meghan and Jessica bonded over their love of yoga and travel and have enjoyed several European jaunts together.
Jessica was pictured with Meghan, Prince Harry and Meghan's mother Doria Ragland at the Invictus Games Closing Ceremony in Toronto last year.
You can follow Jessica Mulroney on Instagram here! She has a lot of pictures with her besite Meghan Markle.

The mother-of-three and her presenter husband Ben Mulroney, who is the son of former Canadian Prime Minister Brian Mulroney, were believed to be some of the first people Meghan introduced Harry to.
Jessica and Ben Mulroney are considered one of Canada's most glamorous power couples and according to a recent report in Vanity Fair, it's believed their social ties helped connect Meghan to Harry.
The pair consider Justin and Sophie Trudeau as close friends.
"The Jessica Mulroney relationship was key in that it opened up the eco-system of her world. It's what probably connected her to people like Justin [Trudeau] and to Sophie, and I think also to Markus [Anderson] and Soho House," Toronto-based reporter Shinan Govani told Vanity Fair.
WATCH: Jessica Mulroney helps Meghan Markle with her wedding dress: