He was with brunette beauty Angelina Jolie for more than a decade, and now he's moved on with stunner Charlize Theron.
At first glance they appear unalike, but that's where the differences end for Brad Pitt's leading ladies.

Here, OK! dives deep into the lives of Angie and Charlize, to prove just how much of a type, Brad has!

While these beautiful women have had the pick of boyfriends, both have fallen for men with troubled pasts and rumoured anger management problems.
Ange's marriage to Billy Bob Thornton raised a few eyebrows not only because he was 20 years older than she was or that he was engaged to another woman (Laura Dern) when they met but because they wore vials of each other's blood around their necks and his previous marriage had ended with his ex-wife accusing him of spousal abuse.
Charlize's most recent boyfriend was Sean Penn – the notorious 80s bad boy who frequently lashed out at photographers and was charged with assault. There are also rumours that it was his violent streak that ended his marriage to Madonna in 1989.

Charlize's father Charles was a violent alcoholic, who physically abused her mother Gerda.
In 1991, while living in South Africa, Gerda shot and killed her husband after he pulled a gun on her and 15-year-old Charlize.
"My mother is amazing… she's saved my life many times," Charlize, 43, says.Ange, too, has had a troubled relationship with her father, actor Jon Voight, 80, in the past and was estranged from him for several years.
"[My mother] studied to be an actress but married my father, and by 28 was divorced with two kids. She gave up her dreams. I didn't really have a father around," tells Ange.

Both actresses have admitted they experimented with drugs in their youth.
"I cannot smoke weed anymore, I become so uninteresting," Charlize says of quitting her cannabis habit in her early 30s.
"In my 20s, I was a wake-and-baker and then I couldn't do it anymore." She has also admitted to trying ecstasy and cocaine in her 20s.
Meanwhile, Ange has also acknowledged her wild 20s.
"I've done coke, heroin, ecstasy, LSD – everything. I hate heroin because I've been fascinated with it. I'm not immune, but I won't do it now, at all," she says.
READ NEXT: Brad Pitt and Charlize Theron are reportedly dating and happy 2019 to us!

Charlize ditched her glamorous image to portray serial killer and prostitute Aileen Wuornos in 2003's Monster – and earned an Oscar for it!
It was also a troubled character that helped Angelina pick up her only Oscar. She portrayed a teen sociopath with real conviction in 1999's Girl, Interrupted.
Swipe across to see the leading ladies with their Oscars. 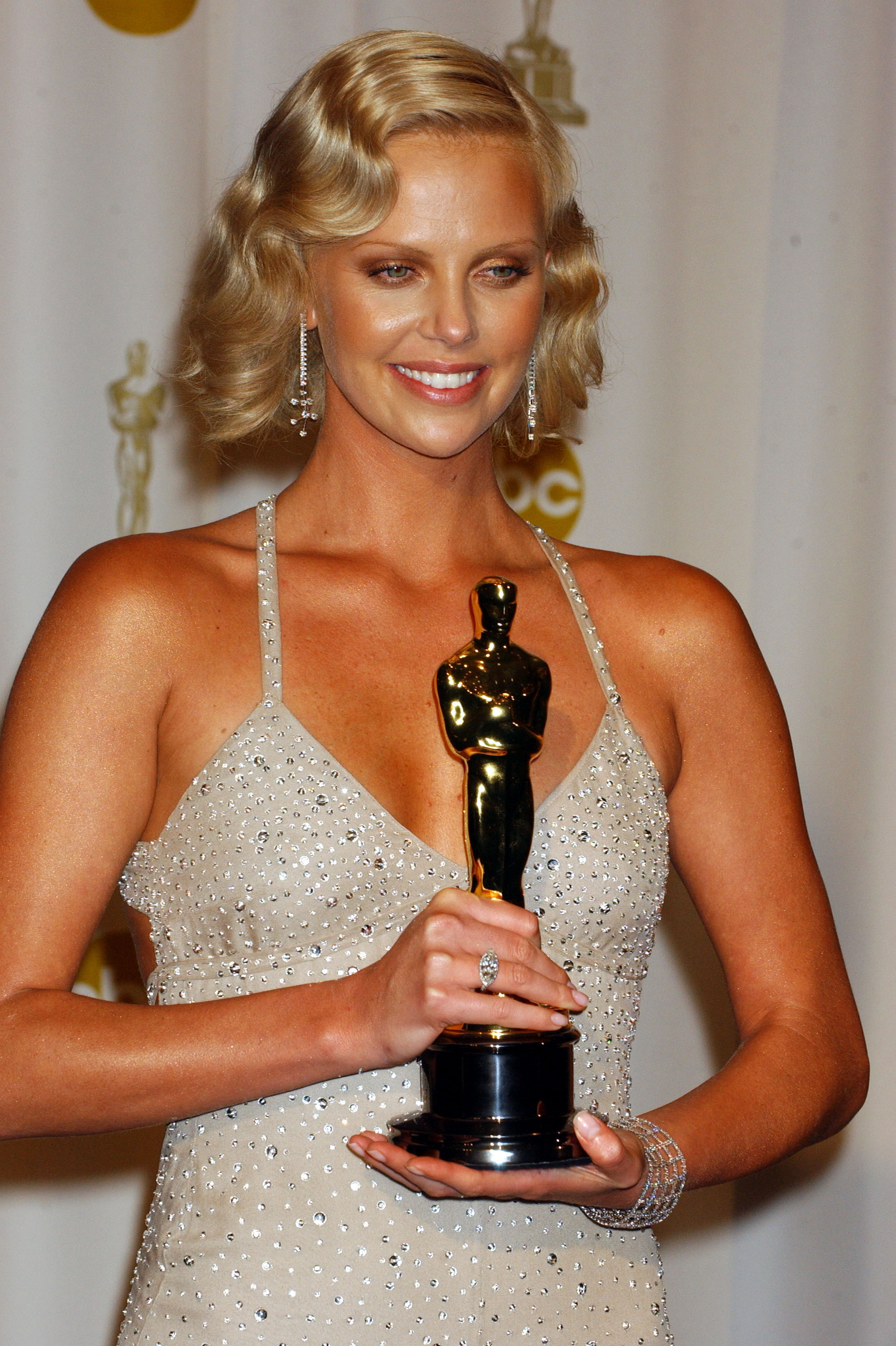 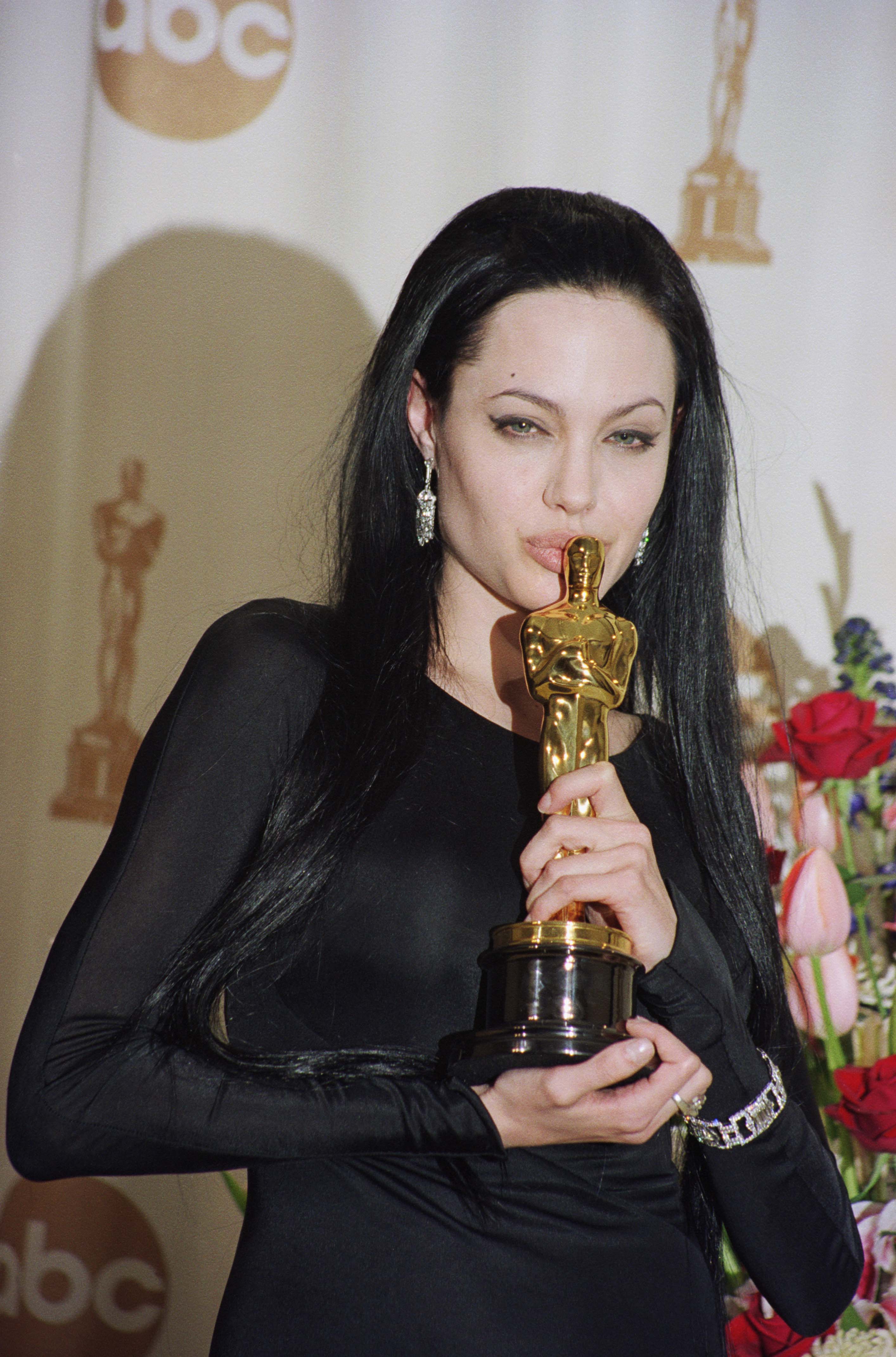 Ange adopted her eldest son Maddox, now 17, in 2002, shortly before announcing her split from Billy Bob. She then welcomed Zahara, 14, and Pax, 15, into her home with her ex-husband Brad, 55, with whom she also shares three biological children – Shiloh, 12, and twins Vivienne and Knox, 10.
Charlize adopted her son Jackson, seven, in 2012, and her three-year-old daughter August three years later.
So they're not so different after all!