Ever since she was first diagnosed with multiple sclerosis last October, actress Selma Blair has been amazingly open with her fans about the brutal realities of living with the debilitating and incurable condition.
She now walks with a cane and recently cut her hair into a gorgeous short pixie cut, because one of the results of her MS is that she can no longer lift her arms to brush her hair.

And now, Selma has shaved her hair off altogether and is currently in the process of recovering from medical treatment.
"Today is a banner day. I am being discharged from the care of an incredible team of nurses and techs and a visionary doctor who believes in my healing as much as I do," Selma wrote on Instagram.
"This has been a process. And will continue to be one. I am immunocompromised for next three months at least. So no kisses please.
"I thank you all for your love and support. I see things so much more clearly now. And I am excited to share this journey when I am ready. For now, I have recovery. Bye!!!!!! This is the best gift I could give to Arthur [Selma's seven-year-old son]. #newimmunesystem #whodis? 🎂".
Swipe to see Selma's MS journey in photos. 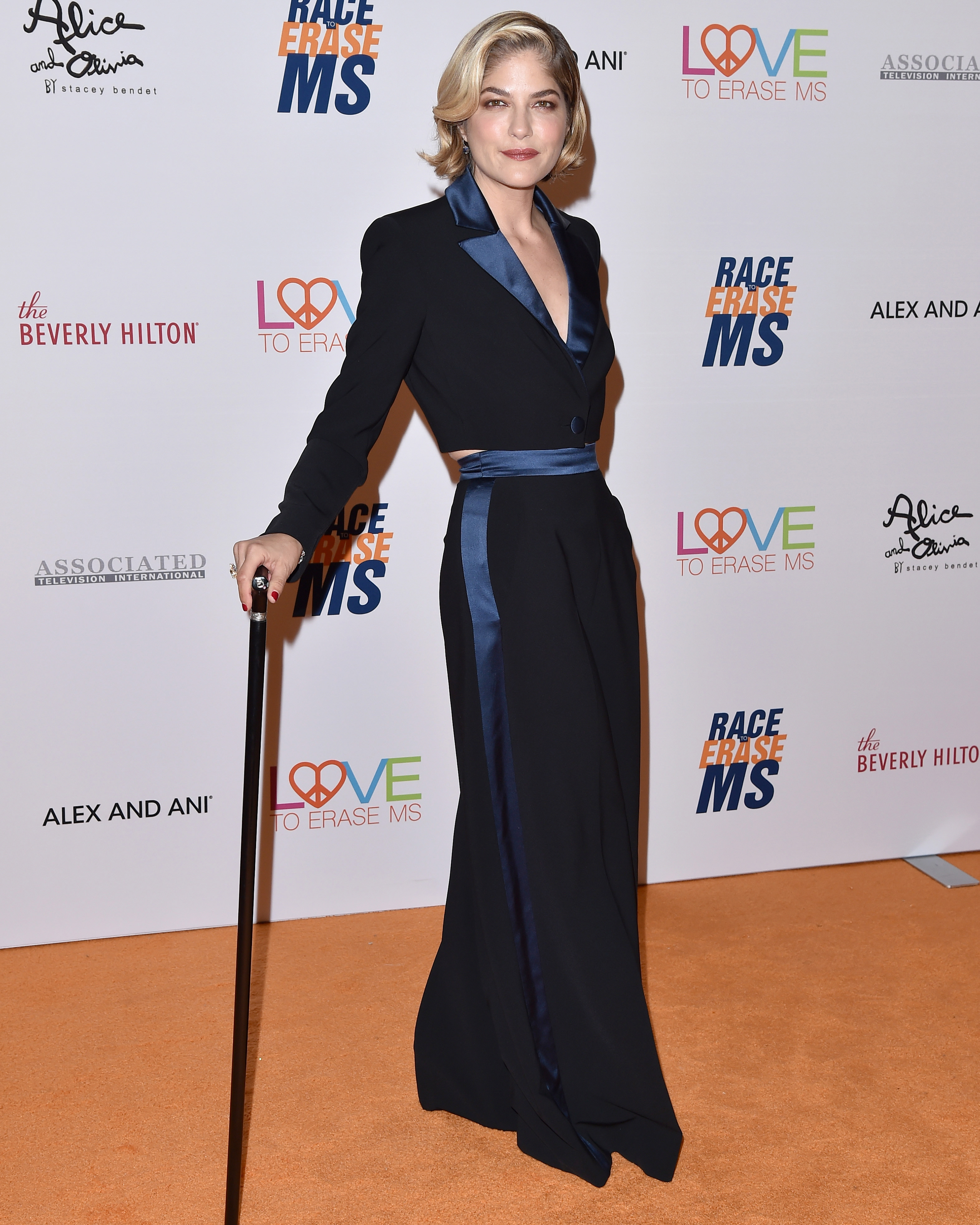 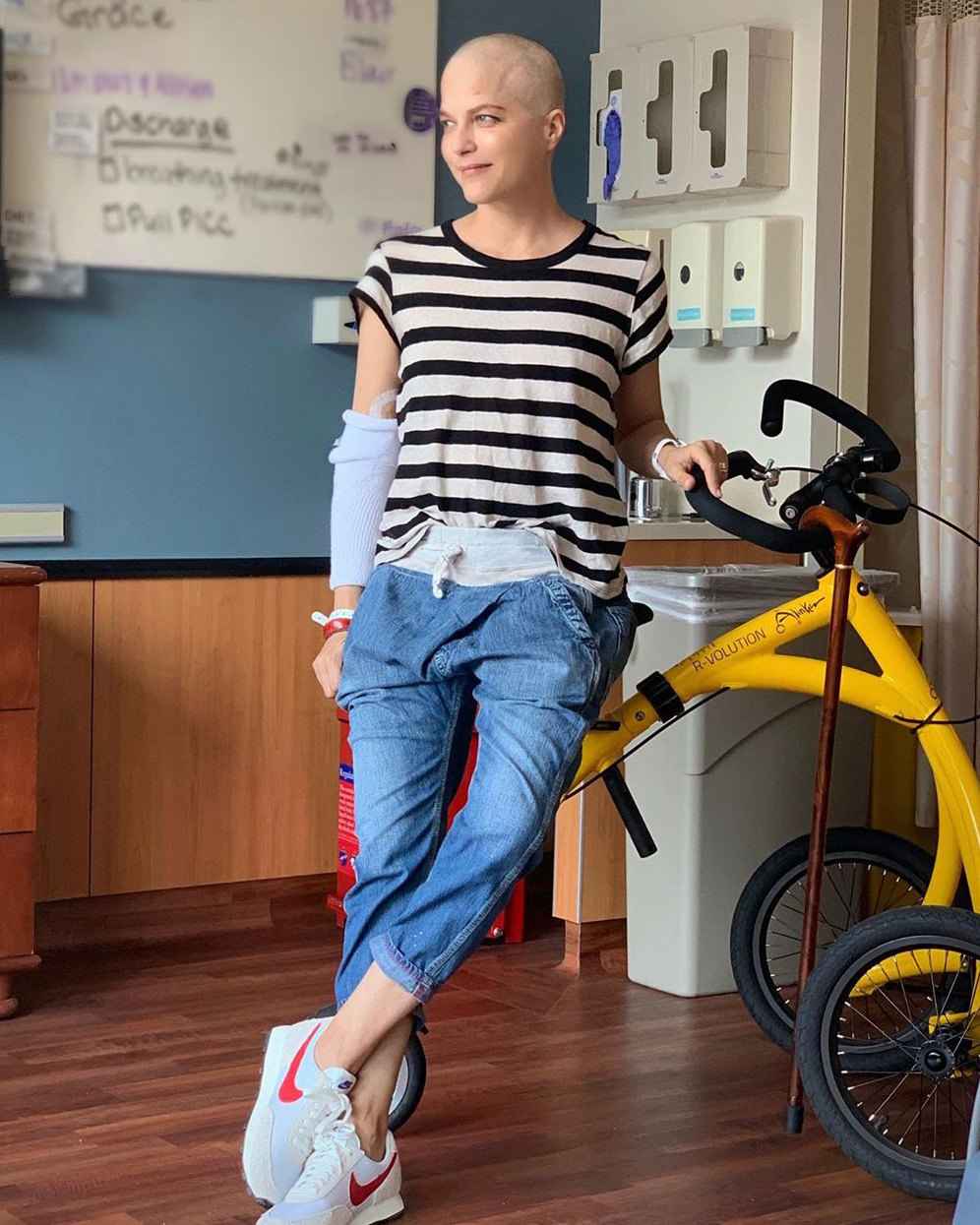 ← Slide →
Previously, Selma has opened up about exactly how her condition manifests itself in symptoms.
"I am disabled. I fall sometimes. I drop things. My memory is foggy. And my left side is asking for directions from a broken gps," the star wrote on Instagram.
"And I laugh and I don't know exactly what I will do precisely but I will do my best."
The Cruel Intentions actress revealed she was diagnosed with the condition in August, though it's thought she has had the incurable disease for at least 15 years.
"I have had symptoms for years but was never taken seriously until I fell down in front of him trying to sort out what I thought was a pinched nerve," she wrote.
Selma also revealed she wants to give hope to herself and others suffering.
"You can't get help unless you ask. It can be overwhelming in the beginning. You want to sleep. You always want to sleep. So I don't have answers. You see, I want to sleep. But I am a forthcoming person and I want my life to be full somehow. I want to play with my son again. I want to walk down the street and ride my horse," the 46 year-old continued.
"I have MS and I am OK. But if you see me, dropping crap all over the street, feel free to help me pick it up. It takes a whole day for me alone. Thank you and may we all know good days amongst the challenges."
READ NEXT: The incredibly touching reason why Selma Blair's seven-year-old son shaved her head
What is multiple sclerosis?
Multiple sclerosis (MS) is a chronic neurological disease that occurs when the immune system attacks and damages the protective sheath around the nerves in the brain and spinal cord, known as myelin.
As the brain sends electrical messages to the rest of the body, when there is damage to the myelin, this leads to scars or lesions in the nervous system. This then means that these messages can't be sent around the body properly.
According to MS Australia, over two million people around the world and over 25,000 people in Australia are affected by MS and it usually diagnosed between the ages of 20 and 40.
Women are more likely to be at risk as well, with roughly three times as many women diagnosed as men.
WATCH BELOW: Selma Blair on Hollywood Medium with Tyler Henry. Story continues after video.
What are the symptoms of multiple sclerosis?
MS is notoriously unpredictable and symptoms can differ greatly. However some of the more common ones include:
If any of these symptoms concern you, visit your doctor as soon as possible.
Currently, there is no cure for MS. However, depending on the type of the disease, there are ways of managing and treating it.