Many of you would have noticed a familiar face popping up throughout the 2018 award aeason.
That lady is none other than homegrown beauty Samara Weaving.
And you can bet that by the end of the year, she'll be one of the most recognisable faces in Hollywood.

Who is Samara Weaving?

The 25-year-old, who was born on the 23rd February, 1992 in Adelaide, is an Australian model and actress.
She grew up all across the globe in countries like Singapore, Fiji and Indonesia, before completing her high school education in the ACT at Canberra Girls Grammar School.
Samara is the oldest daughter of filmmaker Simon Weaving and it's clear showbiz runs in the family with her sister Morgan Weaving also an actress while her uncle is famous Australian star, Hugo Weaving.

How did Samara Weaving become famous?

The actress landed her first role in 2008 on the Aussie series Out Of The Blue.
A year later she became a household name when she cast as Indigo "Indi" Walker on Home and Away.
She was such a popular character, the show promoted her to the main cast in 2010.
Samara scored many professional nods for the role including a nomination Audience Choice Award for Best Female Performance in a Television Drama at the inaugural AACTA Awards in 2012.
The now-25-year-old decided to wrap up her time in Summer Bay for the brighter shores of Hollywood, in July 2013.

Inside her modelling, films and rise to international fame

In 2012, Samara became one of the brand ambassadors for Bonds underwear.
Aussies will remember her iconic 2014 Bonds campaign with surfer Owen Wright.
The former Home and Away beauty also starred in a few local films including 2013's Mystery Road, alongside her uncle Hugo Weaving and 2016's thriller Bad Girl.
She started gaining international attention in 2015 after being cast in a reoccurring role as Heather in the first season of Ash vs Evil Dead.
Showing she can play an array of characters, the actress was singer Charlie Puth's love interest in his 2017 hist song, Attention.

2017 was huge for Samara.
She landed the dream role of Nelson Rose in the American Showtime series SMILF.
The 25-year-old is also part of the Oscar-nominated cast for the film Three Billboards Outside Ebbing, Missouri, alongside Frances McDormand, Woody Harrelson and Abbie Cornish.
This year she has a range of projects that will be released including the highly anticipated Picnic at Hanging Rock miniseries, co-starring with Natalie Dormer and Yael Stone.
Keeping a sound head, she told WWD, "Because of the nature of this industry, it's a bit dangerous to think far ahead."
"So at the moment I'm just taking it day by day."

She's been dubbed "the next Margot Robbie"

Both stars became local heroes before cracking Hollywood.
Just like Academy Award-nominated Margot Robbie, Samara had a steady start before really gaining momentum with some very choice roles.
With huge projects lined up for 2018, Samara might find herself in the midst Oscar nominations next year.
The comparisons don't stop with their acting ability, the pair could easily pass as twins! 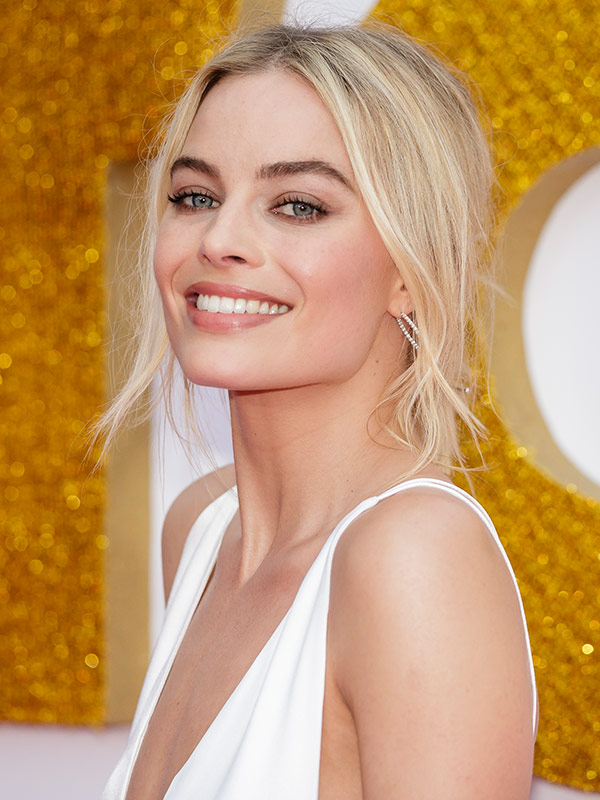 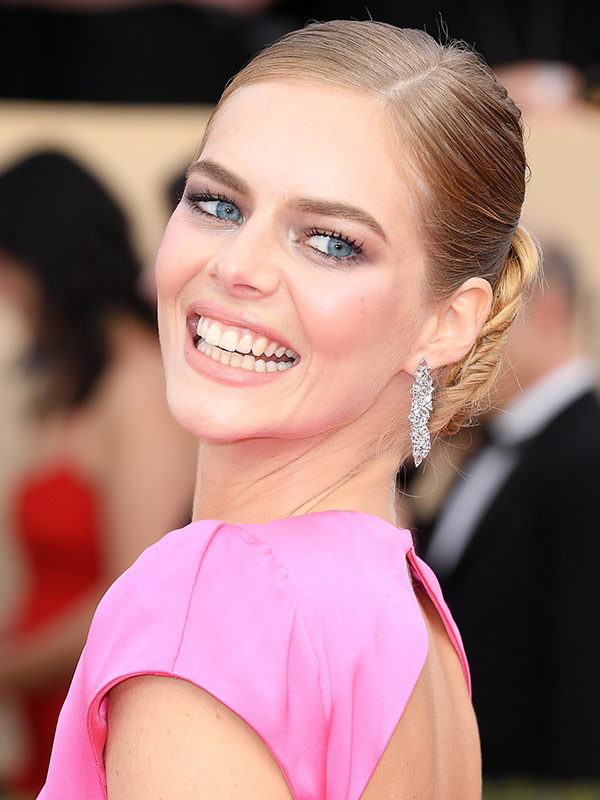 The Aussie-born star found herself in the middle of a Trump fake news scandal when a man called Greg McCurdy shared a photo of an injured-looking Samara.
He claimed the blonde, blue-eyed beauty was a victim of assault because she supported Donald Trump in his presidential campaign.
"The result of Fascism in America...simply because she was a Trump supporter," he said in a post that became viral.
The photo of Samara was actually from her days on the horror series Ash vs Evil Dead.
In response to Greg's post, she tweeted: "I really hate this."
"Check your facts, folks. This is an actress named Samara Weaving from #AshVsEvilDead. This is a make-up test. Sad,' the show's star Bruce Campbell clarified.
Last year, Samara sadly became the victim of a naked photo leak, after Celeb Jihad published fake nude images of her.
Samara's dad commented on the scandal, saying, "We have dealt with things like this in the past ... her Facebook was hacked, but I am not sure if that has anything to do with this. She has said they are doctored."
"We are used to her being in the spotlight and what that involves."
Adding, "She is a strong girl and she is resilient."

Who has Samara Weaving dated?

Samara famously dated her on-screen Home and Away love interest, Axle Whitehead.
The former Australian Idol contestant played Liam Murphy and hit it off with his co-star for a few months.
Axle confirmed things ended in October 2013, telling the Daily Telegraph at the time: "Samara and I have a great amount of respect for each other and I think we'll always be very close."
If you follow Samara on Instagram, it appears she's currently dating a fellow called Jimmy Warden.
The pair met while the actress was filming the Netflix horror The Babysitter.