As fancy as a royal wedding sounds, marrying a Prince is tough work
And while Prince Harry is undeniably swoon-worthy, that niggly word compromise is something Meghan Markle will have to do when she marries her military-clad knight in shining Armour.
In fact, she's going to have to give up a quite a few things – starting with her name.

1. This is what Meghan Markle's name will become when she marries Prince Harry

Granted, most newlyweds do opt to take on their spouse's surname, but Meghan will not have a choice in the matter.
The Markle will sparkle into her past and on May 19, she'll go from her birth name Rachel Meghan Markle to Rachel Meghan Mountbatten-Windsor.

Old school Meghan Markle loved a party!
Whether she was at a cast wrap or having a blast at Fashion Week... But alas, the days of public fun are gone.
It also means we won't see her sharing with the world all the fun freebies she's scored from goodie bags.
^As a member of the royal family, if you receive a gift then you must log it officially. You can check out what they've been given in the past on their official website!

3. She'll also have to put a pin on boozy dinners and girls' trips

One of the many reasons why we adore the Markle Sparkle is because she's just so relatable.
Meghan Markle loves a boozy dinner... LOVES IT. In fact, her now defunct blog The Tig was named after her favourite drop of red Tignanello.
Her now dead and gone Instagram page was FLOODED with dinners featuring many glasses of wine (because wine not?!)
And boy oh boy, how much was she living for her fun getaways with the girls.
Technically, she can continue doing all this but it has be on to the DL.
Luckily she has a castle, so that should help things.

4. Her social media presence is a thing of the past

Channelling N'Sync, Megs said bye, bye, bye to her lifestyle website, SnapChat, Twitter and Instagram.
All in the name of love.
If she needs a hit of that social media life, then she can always do a #takeover for Kesington Palace.
Side note: Let's never forget that time Megs shared a photo of Prince Harry

5. Meghan Markle will have to change her fashion style

We think this hurts the most.
Meghan Markle knows good fashion.
In her 36 years, she's undergone a range of style evolutions. We saw her rock the classic Deal or No Deal dress.
Who could forget her obsession with showing off her legs... And with pins like that we 100% get it.
But Meghan 2.0 aka The American Duchess must dress demurely.
Gone are the days of (but not limited to):

From No Deal... To demure 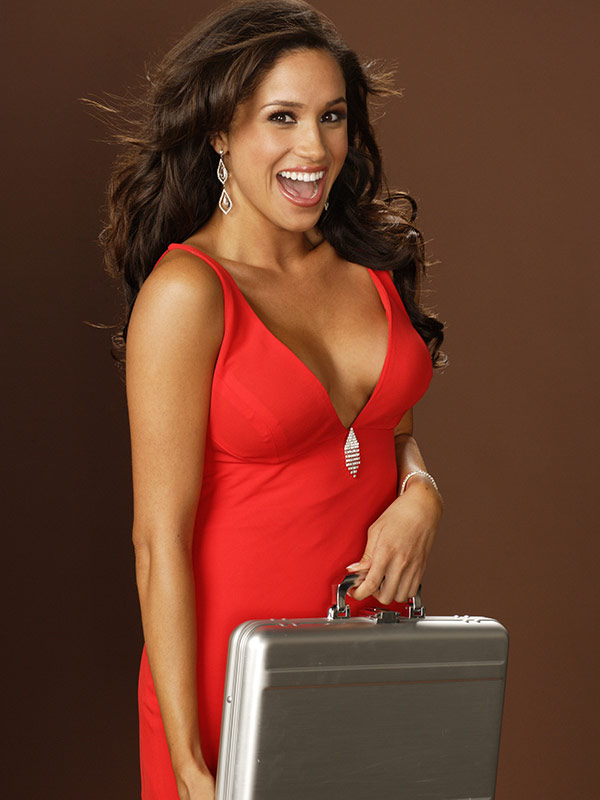 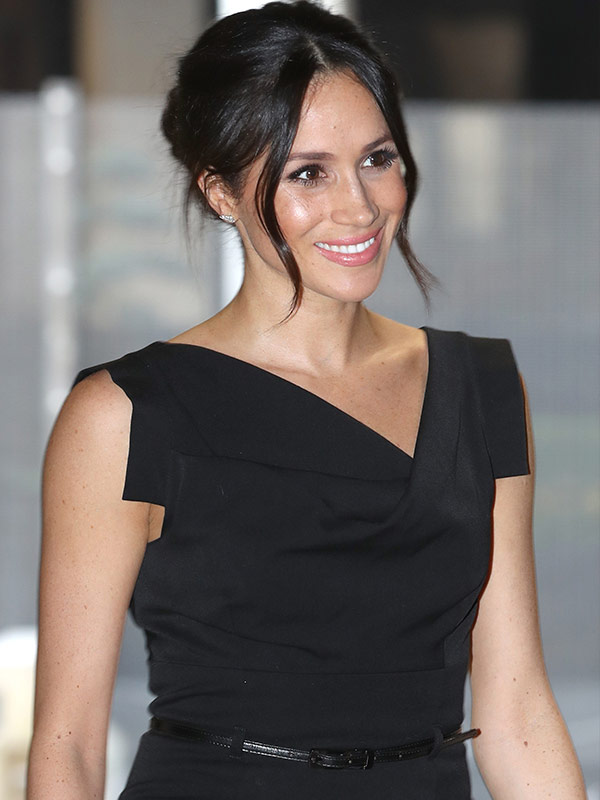 6. Meghan Markle will have to give up her day job

Last November, it was confirmed Meghan Markle had quit legal drama Suits.
She then confirmed that she was calling it day with acting all together.
"I don't see it as giving anything up. I just see it as a change," Meghan said in her first joint interview with Prince Harry in November.
"It's a new chapter, right? And also, keep in mind, I've been working on [Suits] for seven years. We were very, very fortunate to have that sort of longevity on a series," she explained during their engagement interview last year.
"I've ticked this box, and I feel very proud of the work I've done there, and now it's time to work with [Harry] as a team."
Fun Fact: Meghan won't be allowed to sign autographs anymore due to the risk of it being forged!

7. Meghan may say goodbye to her US citizenship

It's time to forget about The Star-Spangled Banner, your new anthem is God Save the Queen.
Start filling out your ESTA form Megs, you're no longer an American.
Technically, Meghan Markle could retain her American status and become a duel citizen - though it does seem unlikely.
Speaking about her journey to a becoming a Brit, which will see her apply for a family visa, Prince Harry's communication's secretary, Jason Knauf, said Ms Markle would be "compliant with immigration requirements at all times".
"I can also say she intends to become a UK citizen and will go through the process of that, which some of you may know takes a number of years," he added.
Fun fact: In order to become a British citizen, Harry and Meghan will need to prove their relationship is real.
This could include:
Something tells us they'll be just fine.

Look, if Prince Harry was willingly betrothed to us, then wild horses couldn't pry us off him.
Be it inside palace walls, walking to the shops or even during the royal tour of whoop-whoop.
But Megs will need to take a cold shower and remain strong when it comes to public displays of affection.
All we can truly say is "Good luck and stay strong" and it looks like it's something they crazy-in-love couple are struggling with, but eventually they'll need to tone it down.
Who can forget when the Queen had a stern word over their hand-holding!

9. Meghan isn't allowed to have a political stance

When Meghan becomes a member of the royal family, she will be discouraged to take a political stance on any issues.
In fact, they're not even allowed to vote!
On The Monarchy's website it states: "As head of state, the Queen has to remain strictly neutral with respect to political matters."
She's a philanthropist, an activist who has long fought for women's rights, gender equality and has very strong values about human rights and international politics.
Staying mum on the things she believes in will be difficult.
During a panel discussion with her fiance, Duchess Kate and Prince William, Megs shared her opinion on "women's empowerment".
"I hear a lot of people speaking about girls' empowerment and women's empowerment—you will hear people saying they are helping women find their voices," Meghan voiced.
"I fundamentally disagree with that because women don't need to find their voices, they need to be empowered to use it and people need to be urged to listen."
While she may be expected to remain quiet on such matters, Meghan is setting a new precedent for herself.
Talking about political movement Time's Up and Me Too she said, "Right now with so many campaigns like MeToo and Time's Up there's no better time to continue to shine a light on women feeling empowered and people supporting them."
It will be interesting how she uses her voice when she's a royal.
One thing is certain - she has Prince Harry's undying support.
Praising her, he gushed, "I am personally incredibly proud and excited that my soon-to-be-wife who is equally passionate about seeing positive change in the world will soon be joining us with this work."

10. Goodbye to the California twang

She was born and raised as a California girl but etiquette expert Zarife Hardy predicts Meghan will eventually lose her Cali twang and adopt a British accent.
"I think that American accent will definitely be refined. Changing accents takes a long time but you've only got to look at Princess Mary to see how her Australian accent vanished," Zarife tells us.
"She'll have to become a little more British and will be in elocution classes as well as history classes to brush up on the rich tapestry of the Royal Family," she added.