Well this was unexpected.
In a surprise move, Meghan Markle and Prince Harry are set to visit Sydney... in the form of wax figurines created as part of a new exhibition at Madame Tussauds.
And while the figures themselves might not be quite the same as seeing Harry and Meghan IRL, there's something about these makeshift royal stand-ins that feels freakily realistic.

In an exciting new reveal, Madame Tussauds in Sydney have shared the first pictures of the wax figures depicting Meghan and Harry, and suffice to say we can't stop staring.
The figures of the Sussexes show the pair as they were during their whirlwind tour of Australia back in October 2018 - with the Duchess even wearing a replica of the Dion Lee dress she wore on the morning they visited Melbourne.
Her hair in loose waves and beauty spot perfectly positioned, we cannot get over how freakily realistic this wax figure is!
Let's take another look at the real Meghan and wax Meghan side by side - and yep, we're just as freaked out as you are. 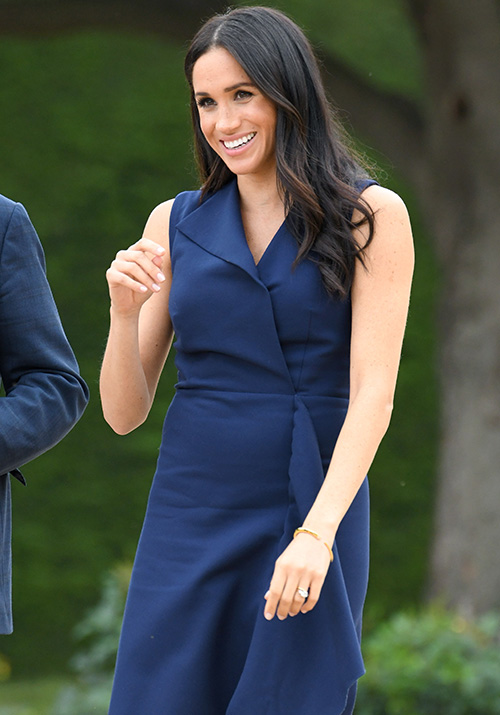 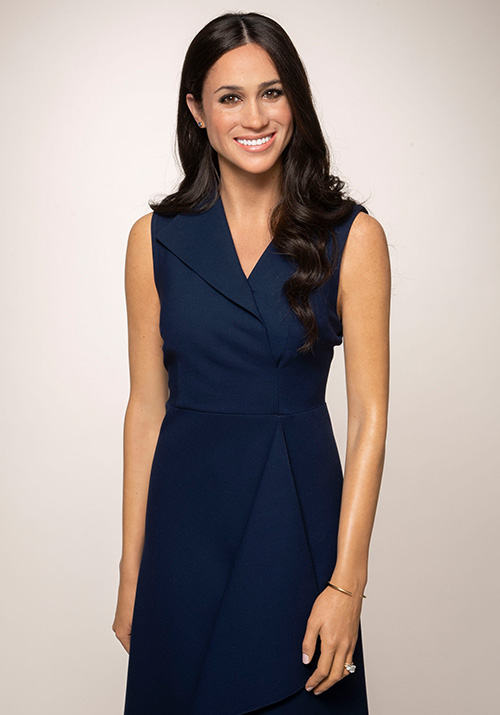 ← Slide →
Meanwhile, Prince Harry's depiction is also just as accurate.
Wearing a smart blue suit and with his signature cheeky grin in tact, this is almost as good as the real deal.
The scarily accurate new figurines are possibly the best depictions of Meghan and Harry yet.
Other wax figures of the pair are currently on display in Madame Tussauds New York and London, and going by their versions, we think it safe to say Aussie has the best.
Sydney's version of Harry and Meghan will be on display to the general public from Monday, July 1.
The wax figures will be on display beside other figures in the royal family, and will be part of a new 'Royal Academy' experience whereby visitors will be taught to walk, talk at dress like a royal.
They'll also have the opportunity to join in a royal family portrait.
But what might be the most exciting thing of all? The ample opportunity for selfies!
Indeed getting a selfie with a royal can be super hard to come by, so this is definitely the next best thing.
Bring on July 1 - we'll be camera ready and waiting!
WATCH: Meghan and Harry catch a tram in Melbourne: