Just one day after their show-stealing antics at Trooping the Colour, Prince George and his little sister Princess Charlotte have made another lively outing.
Under the supervision of their mother Duchess Catherine, the brother-sister duo attended the Maserati Royal Charity Polo Trophy at the Beaufort Polo Club in Gloucestershire on Sunday to cheer on their dad Prince William, who was playing in the charity match.

Seven-week-old Prince Louis is still too young for family outings and was most likely back at Kensington Palace with Nanny Maria.
Watching on from the sidelines, the trio were reunited with Prince William's cousin-in-law, Autumn Phillips, and her two daughters, Savannah, seven, and Isla Phillips, six.
After seeing Savannah and George's playful dynamic on the balcony at Trooping the Colour where she hilariously cupped the four-year-old's mouth, it's easy to see the pair share a strong bond.
READ MORE: Meet The Queen's great-grandchildren!
Duchess Catherine, who gave birth to her son Prince Louis on April 23rd, cut a casual yet stylish figure in a pale blue sundress by her favourite high-street brand Zara.
The striped frock retails for a very affordable £39.99 ($AUD70.53) and the mother-of-three finished off her casual weekend look with a pair of Russell and Bromley wedges.
Watching a relaxed and joyful Kate chase after her little ones reminded many fans of when Princess Diana participated in the annual mother's race at Wetherby Pre-Preparatory School in 1989 as part of Prince William's sports day.
Slide across to see Princess Diana in 1989 and Kate in 2018 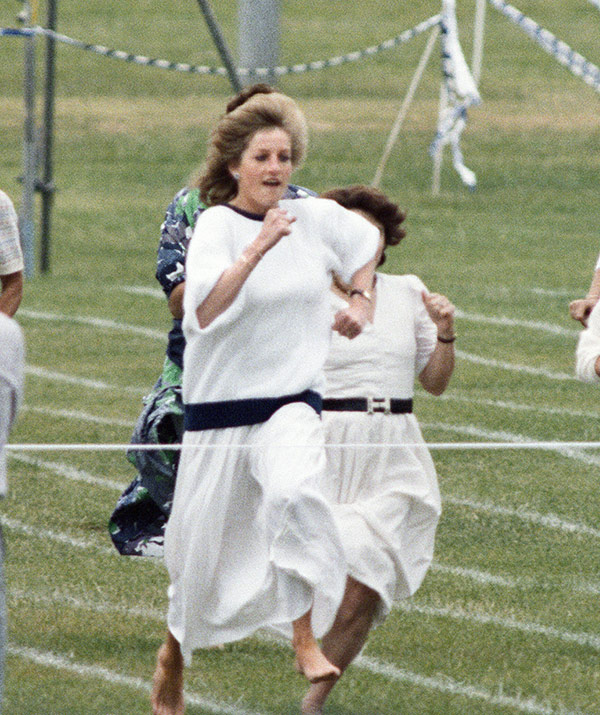 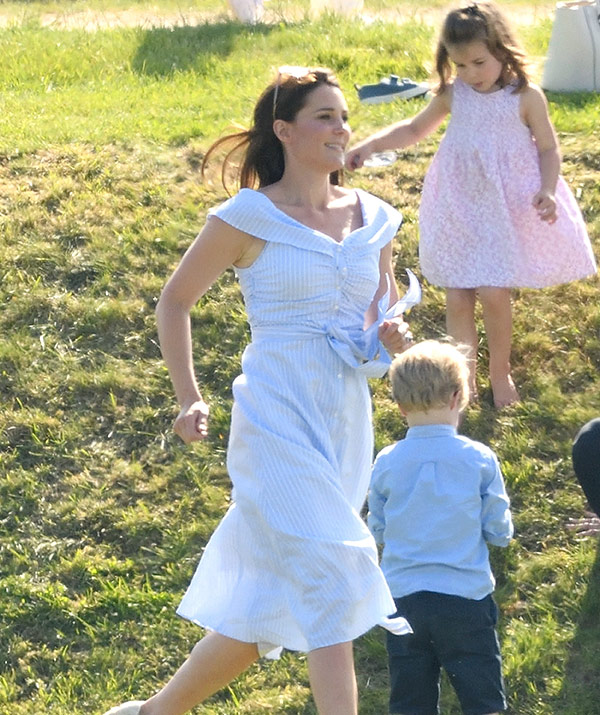 ← Slide →
Princess Charlotte, three, stole the show with her adorable antics - proudly performing for her mum and loved ones.
Much to Kate's delight, her darling daughter showed off her impressive hand-stand skills and at one point, tried on a pair of sunglasses and danced about - a true rock star royal in the making.
Older brother George, who turns five in July, enjoyed rolling down the hill before playing with his toy gun and hand-cuffs - no doubt a product of George's desire to want to be a police officer when he grows up.
"[George] is obsessed, actually, by the police... cars, toys, everything," Prince William recently revealed.
She's the boss! Slide across to see Savannah Phillips and cousin Prince George's adorable dynamic 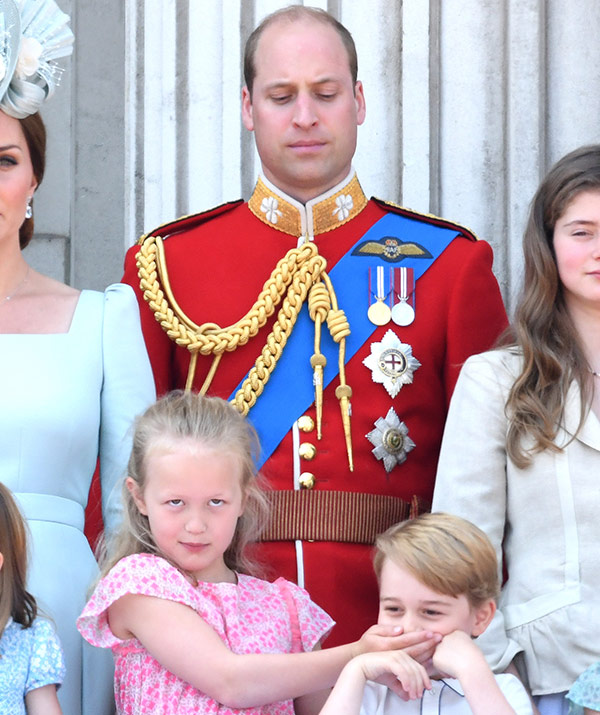 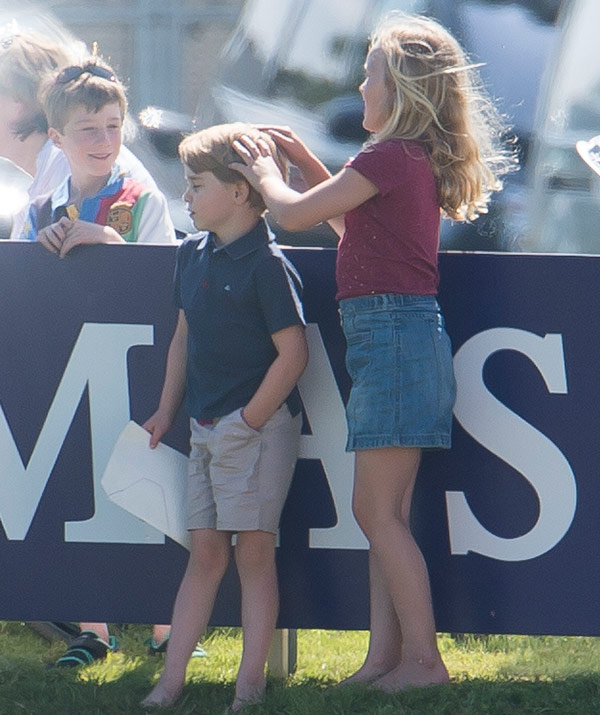 ← Slide →
On Saturday, Prince George, Princess Charlotte and their cousin Savannah Phillips stole the show during their appearance on the balcony of Buckigham Palace for the annual Trooping the Colour Parade.
In a now-viral moment, during the national anthem Savannah cheekily cupped her hand over George's mouth in an effort to get him to be quiet.
While Kate's quick-thinking maternal instincts were on full display after Charlotte tripped off her stand and began to cry.
Not missing a beat, the Duchess quickly scooped up her daughter and gave her a soothing cuddle.