It's hard to believe that the little bundle of joy Prince William and Duchess Catherine proudly cradled on the steps of St Mary's Hospital in London four years ago is the same boy that just tottered through the school gates of Thomas's Battersea in London.
Prince George has just begun his first day of school and his proud father Prince William was right by his son's side to wave him off.
The four-year-old future King of England looked smart in his brand-new uniform made up of a navy V-neck jumper, a blue shirt, knee-length shorts, shiny black shoes and a backpack. 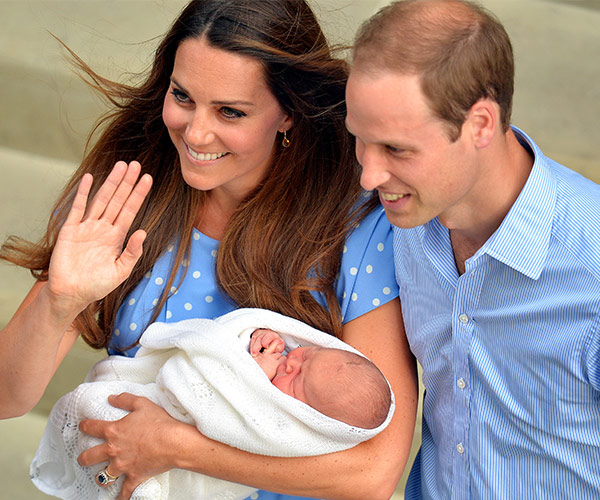 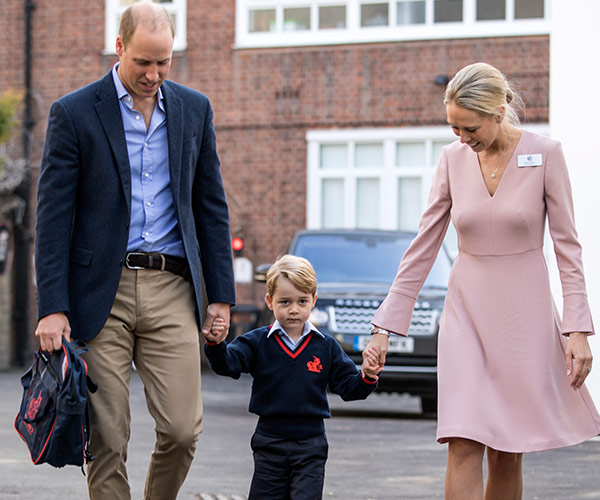 ← Slide →
George, who appeared a little shy and nervous, was greeted at the gates by his head of the lower school, Helen Haslem, who held onto his hand while proud father Prince William joined them.
The new pupil was taken into reception and shown his classroom.
He might be third in line to the British throne, but the royal will be known simply as George Cambridge to his fellow classmates.
WATCH: Prince William walks Prince George into school. Post continues after!
Sadly The Duchess of Cambridge, who announced her third pregnancy this week, was too under the weather with severe morning sickness to attend.
Confirming she wouldn't be in attendance, Kensington Palace explained via Twitter: "Prince George will this morning attend his first day of school at Thomas's Battersea, accompanied by his father The Duke of Cambridge."
"The Duchess wanted more than anything to be there. It's a big day for her son. But she has been really very sick this week," an insider told The Daily Mail.
But Prince William proved the be the perfect support for his first-born, dropping him off in the family's Range Rover and walking him right to his classroom.
Catherine was forced to cancel two other public engagements on Monday and Tuesday as a result of Hyperemesis Gravidarum.
Royal watchers were quick to point out just how much George reminded them of his father Prince William some 30 years earlier as Princess Diana escorted him on his first day of school at Wetherby Prep.
Young George, who turned four in July, has been enrolled in one of three reception classes at the co-educational outpost, and he will join a mixed class of boys and girls at the $AUD28,607 per year school.
Upholding a set of core values - kindness, courtesy, confidence, humility and learning to be givers, not takers - the elite school holds an impressive record of senior school entrance and scholarship successes. 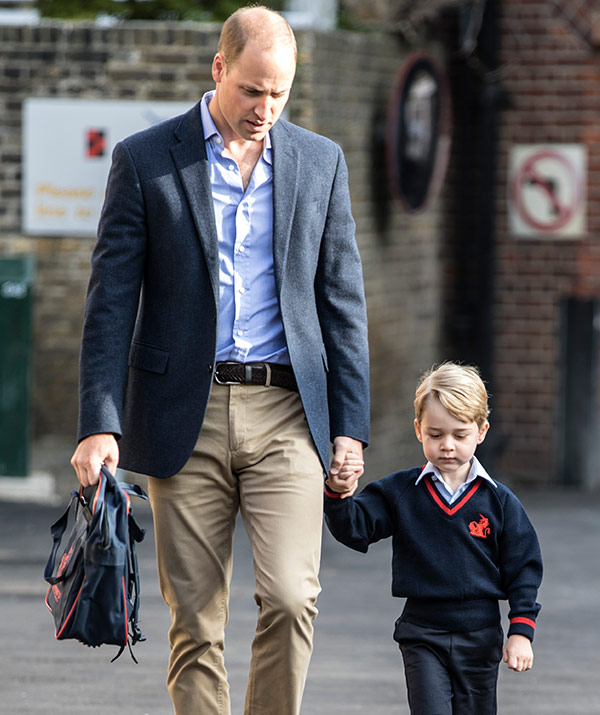 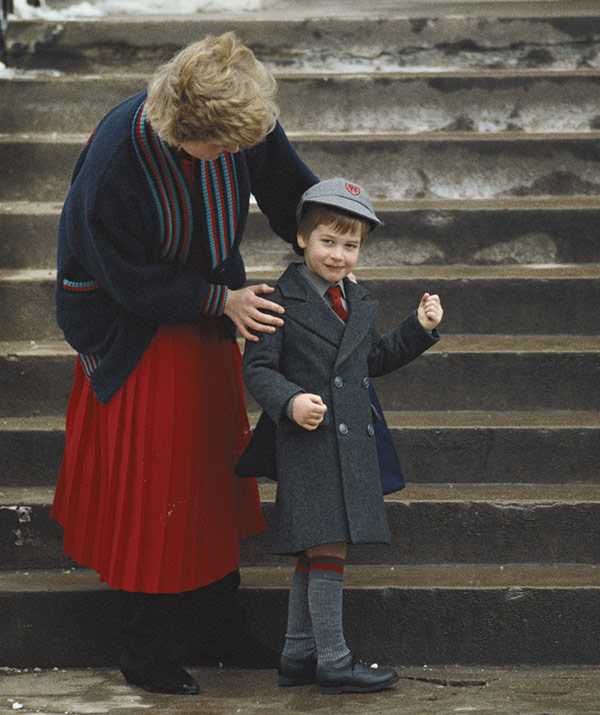 ← Slide →
In fact, the Tatler Schools Guide says the "cream of the Battersea crop rises to the likes of Eton and Wycombe Abbey."
The school, which is just a stone's throw from their royal residence, currently has 544 day pupils, aged between four and 13.
He'll be taught a diverse range of theoretical and practical subjects ranging from ballet, drama, music, art and technology.
With language a key part of the curriculum, George will be learning French before he later moves onto Mandarin. In years 4 and 5, he'll also have the option to learn Spanish.
WATCH: George's cutest moments! Post continues after the video...
The prestigious school places large emphasis on the character they wish to build for their pupils. The number one rule is not "no hat, no play", but rather "be kind."
It is for this reason, that students are discouraged from having best friends, so as to not ostracise others.
"We expect pupils at Thomas's to be kind; to be good friends to those around them, always on the lookout for those in need of a word of encouragement or a listening ear. We expect our pupils not just to tolerate but to celebrate difference, including faith, beliefs and culture," reads the school's core values.
Sending George, and eventually Princess Charlotte in a few years' time, to Thomas's marks yet another break away from royal tradition for the Cambridges.
In the past, the Royal Family usually attend single-sex primary schools before moving onto prestigious boarding schools like Eton.
Speaking of her son's upcoming transition, Kate recently joked that George won't have "any idea what's going to hit him" as he commences his education.

She's also revealed she and William plan to par-take in the school drop-offs.
In January last year, George started nursery school at Westacre Montessori School near the Cambridge's country in Sandringham, Anmer Hall.
Since then Prince William, who stepped down from his air ambulance job in July, and Duchess Catherine have relocated to Kensington Palace in London to officially become full-time royals.
Obsessed with the royals? Join our Facebook group for the latest updates on Prince George, Kate Middleton, Prince William, and all things royal!