She's been Prince Harry's wife for less than a week but Meghan Markle is so much more than a blushing bride.
Of course, it's unsurprising Meghan would be compared to Duchess Catherine but these are two very different duchesses.
After her very first outingt as a married woman, it's evident the 36-year-old will be a brand-new breed of royal compared to her counterpart, Prince William's wife Duchess Catherine.
And being different isn't a bad thing... For either Kate or Meghan.
We break down why we'll be seeing two very different royals.

Kate Middleton was deemed to be the "oldest bride" to marry a future king when she and Prince William tied the knot back in 2011.
But in a shocking reality check, she was only 29 years old.
The now-royal may have been labelled "old" but as someone in their 20s, she still had so many experiences ahead of her. 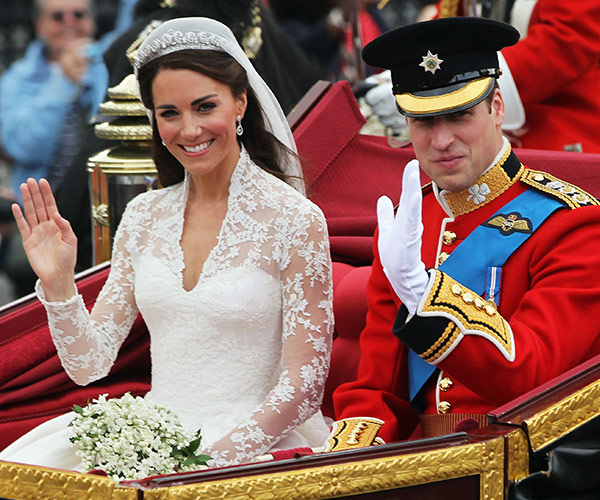 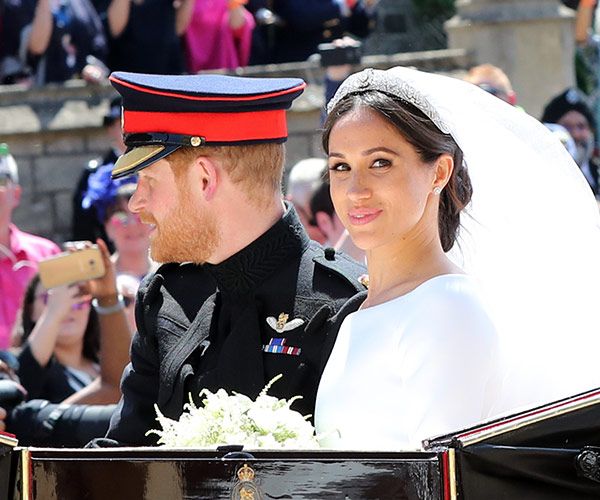 ← Slide →
In an interview prior to her marriage, Kate confessed she was ready to jump into royal life, but it was clear she wasn't certain how she could better the world.
"Well I really hope I can make a difference, even in the smallest way. I am looking forward to helping as much as I can," she said.
It was only after she became a mother that Kate found her footing.
After welcoming her firstborn, Prince George in 2013, Kate knew she needed to shine a light on a range of issues surrounding vulnerable families, mothers, young people and mental health.
From everything Catherine witnessed through her patronages, the mum-of-three decided to join forces with her husband and brother-in-law to create Heads Together.
"It was Catherine who first realised that all three of us were working on mental health in our individual areas of focus," Prince William shared.
"She had seen that at the core of adult issues like addiction and family breakdown, unresolved childhood mental health issues were often part of the problem."
On the other hand, Meghan is 36-years-old and unlike when Kate started, she has already had years of experience in the charity sector.
You can see Kate's nerves in her iconic engagement interview, which you can watch below... Compared to a very relaxed Meghan underneath!
As a former actress with over 20 years in the spotlight, Meghan already understands public scrutiny - and she's completely OK with that.
Kate knew what she was getting into when she married William, but the public eye was still foreign to the St Andrews graduate.
During Kate and Will's engagement interview, the now-Duchess confessed it was "nerve wracking" for her.
"It's obviously nerve-wracking, Because I don't know what I'm sort of… I don't know the ropes, William is obviously used to it, but no I'm willing to learn quickly and work hard."
Meghan, however, has already formed strong opinions.
Over the years, she's focused her efforts on being a philanthropist, an activist who has long fought for women's rights, gender equality and has very strong values about human rights and international politics.

When Meghan Markle married Prince Harry, she knew she was saying goodbye to many things including her job, her wardrobe and even her social life.
But the 36-year-old had no desire to put in pin in her activism.
Given the fact that Prince Harry is only the sixth in line to the throne, Meghan has less constraints with her opinions.
During an appearance at a Heads Together forum in London in February, Meghan broke with protocol and spoke passionately about feminism and "women's empowerment."
"I hear a lot of people speaking about girls' empowerment and women's empowerment—you will hear people saying they are helping women find their voices," Meghan voiced.
"I fundamentally disagree with that because women don't need to find their voices, they need to be empowered to use it and people need to be urged to listen."
It was a ground-breaking moment in the history books.
The Duchess of Sussex has created a new precedent for herself, and more importantly the Palace is completely on board.
Before marrying Harry, Meghan parted ways with the charities she worked with but she's now using her royal profile to champion those issues close to her heart.

This week, the palace launched her official website, and a powerful pull quote was featured sending a very clear message of what we can expect from Meghan.
It reads, "I am proud to be a woman and a feminist!"
Breaking with tradition yet again, Meghan's bio is unlike anything we've ever seen from a royal family member.
The Duchess currently holds just one royal patronage with The Royal Foundation Forum, but we expect she'll take on roles with a range of charities aimed towards females.

3 times we've seen Kate and Meghan together... And rejoiced!

Christmas dreams! Duchess Kate and Meghan Markle pictured together for the first time

- Kate Middleton watches her brother-in-law marry the woman of his dreams!