Newlyweds Duchess Meghan and Prince Harry have shown no sign of slowing down with the PDA.
In the two months since she walked away from Meghan Markle days - after marrying her royal prince - the couple have been the picture of marital and romantic bliss.
Royal photographer Mark Stewart chatted to People about his observations of the Duke and Duchess of Sussex.
RELATED: British Royals are expected to portray themselves in a certain way dictated by royal protocol (hello no PDA!) But sometimes they break the rules…
"They are not afraid to hold hands. They don't mind showing their emotions," the veteran royal photographer mused.
Intimacy has been the heartbeat of their relationship, in fact on a public forum Harry and Meghan have been holding hands from the moment they stepped out at the Invictus Games, back in 2017.
While there had been murmurs that the Queen was not a fan of their displays, it would appear they have no desire to stop.
"Meghan is used to being touchy-feely, and Harry is the same," former palace spokesman, Dickie Arbiter, reflected.
"Harry has always been tactile."

Holding hands: From the 2017 Invictus Games to their tour of Dublin as a married couple 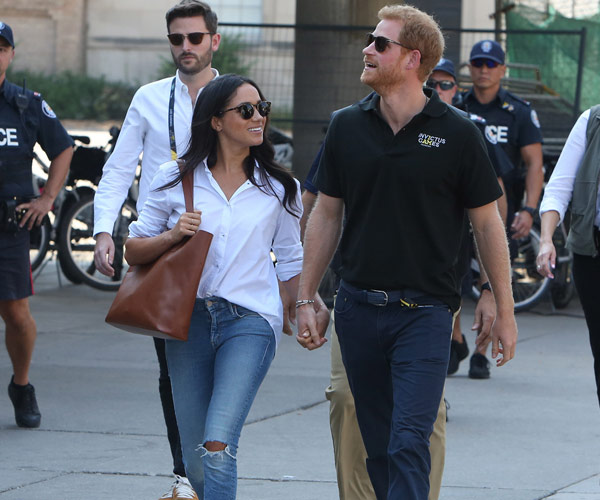 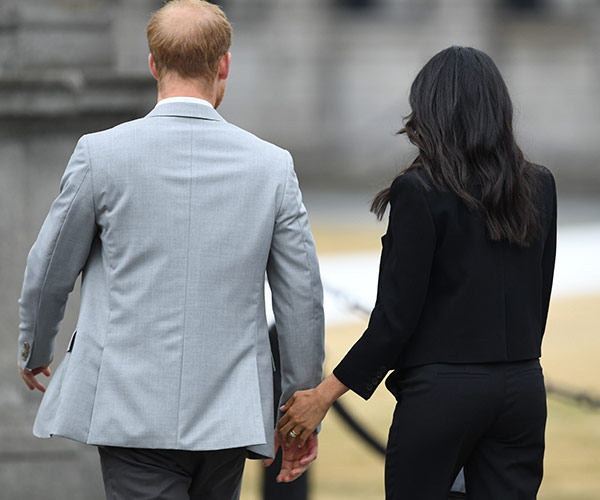 ← Slide →
Significantly, Harry and Meghan have been a far cry from the way Duchess Kate and Prince William portray themselves in the spotlight.
Technically there are no rules stopping the royals from showing affection.
However it is noted since Prince William is second-in-line to the throne, he may conduct himself in a slightly different manner to his brother - who has now been pushed to the sixth spot thanks to Prince Louis.

With that in mind, royal watchers were delighted when they saw the Duchess of Sussex slip her hand through her husband's arm for Prince Louis' official christening portrait last week.
Royal etiquette expert Myka Meier shared, "Meghan and Prince Harry holding hands at a royal engagement is a refreshingly modern approach to their new role both as a couple and as representatives of the royal family."

5 photos of Prince Harry and Meghan Markle showing PDA that made us smile!