On Saturday we saw the newly minted Duchess of Sussex rise into royal stardom as she attended her very first Trooping the Colour.
And boy, did Meghan Markle put on a fabulous show.
Prince Harry's new wife was a Hollywood dream as she made her Buckingham Palace debut but there was one thing we all noticed.
Meghan Markle stood behind her in-law Duchess Catherine and Prince William - and as you'd expect, it's because there is a "royal pecking order".
Joe Little, from Majesty magazine explained, "She was not as prominent perhaps as some people might have expected, but there's a pecking order."
"There was no slight intended, but William being the older, more senior brother would go out [first] with his wife."
You may remember for Catherine's debut back in 2011, while she was in the front row - she did stand to the far left of the balcony.

"[Meghan] was still in a good position."
"She was central rather than the alternative of being in the front row and along the balcony to the left or right."
Meanwhile, a palace insider told People, Meghan's balcony position "would have come from her. There's no one laying this out, telling her where to stand. And there were a lot of kids who everyone would want at the front." 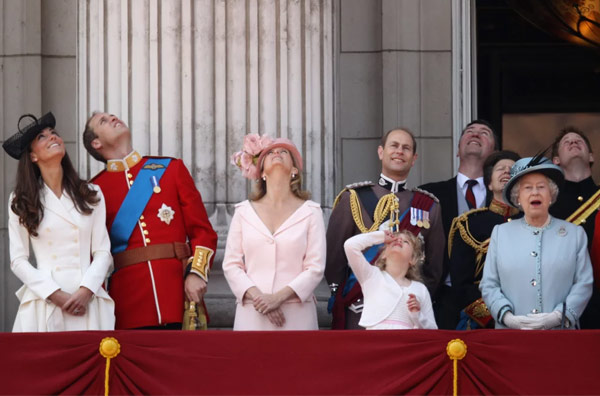 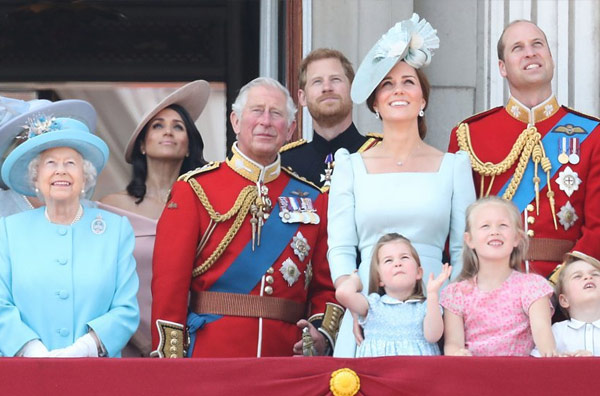 ← Slide →
It's business as usual for the newlyweds, with the Royal Foundation officially adding Meghan Markle to their royal patrons list.
Hello shared that a request has been made to incorporate the newest royal.
Meanwhile, Kensington Palace have updated their Twitter picture to include the fab four, with a sparkly new bio: "The official account of The Duke and Duchess of Cambridge, The Duke and Duchess of Sussex and their Royal Foundation, based at Kensington Palace."
Before Meghan entered the royal family officially, she got to give her a little look into how she'll be working in her new capacity.
During the Heads Together forum, she explained that she was very excited to "hit the ground running".
"Even if it's doing it quietly behind the scenes, which is what I've focused my energy on thus far... meeting with the right people, meeting with the organisations behind the scenes quietly, learning as much as I can so I can maximise the opportunity we have here to really make an impact."
No doubt, we'll see her rise up in the coming weeks!