If you look incredible in something once, why not wear it again?
That's exactly what Duchess Catherine did for a charity event in London on Thursday, and we certainly can't blame her.
The royal mum-of-three wore a stunning floor length gown by designer Jenny Packham - a personal favourite of the Duchess - and suffice to say she was positively glowing!
In her usual recycling fashion, Kate wore a gown she had previously worn.
While we've seen her don the flattering frock before, it was the length of time that has passed, that really had our heads spinning.
In actual fact, a whole six years have passed since Kate last wore the dress to an event marking the countdown to the Olympic Games in London in 2012.
That's right, that was pre-Meghan-and-Harry and pre-three-royal-babies - and while we might find it hard to remember a time without those adorable little tykes, their mother hasn't aged a day!
The sea green floor length dress with a plunging neckline looked just as incredible on the Duchess in 2018 as it did in 2012.
Always one for details, Kate also carried the exact same custom-made clutch and Jimmy Choo shoes.
Swipe to see the Duchesses recycled look from then to now! 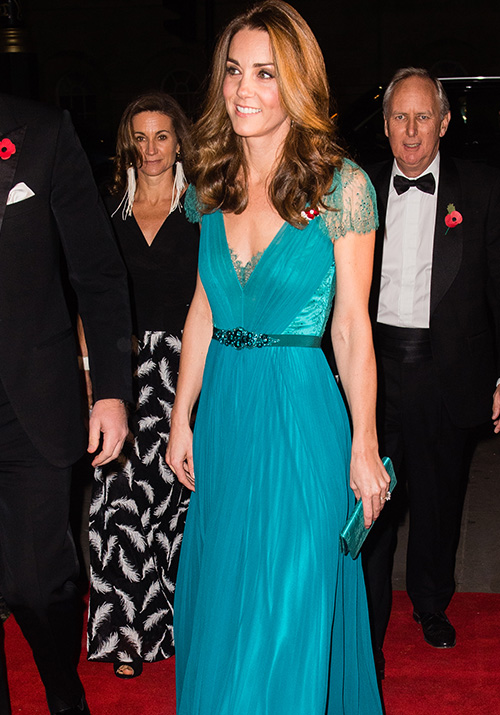 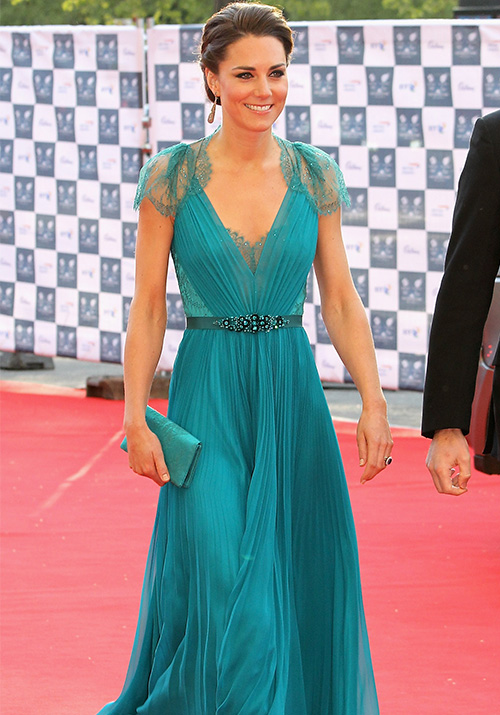 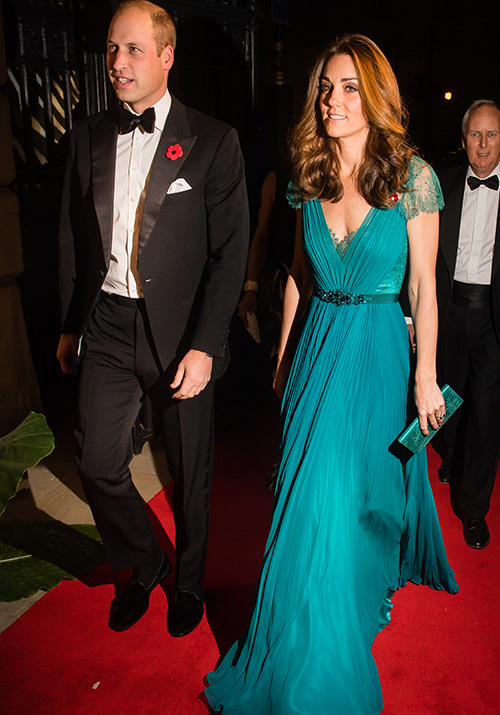 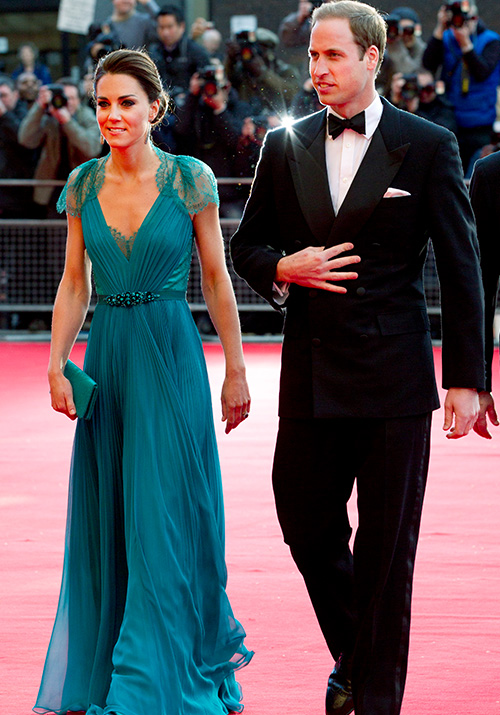 ← Slide →
Fast-forward to their life with three children, Kate and husband Prince William, must have got the babysitters in as they attended the Tusk Conservation Awards at Banqueting House in London.
Wills looked just as glamorous as his wife, donning a dapper tux and looking relaxed as he and Kate walked the red carpet into the event.
READ: Glowing Duchess Catherine steps out in another recycled dress
The event was a poignant one for William, who became the Royal Patron of Tusk back in December 2005. The organisation pioneers successful conservation action in Africa by protecting wildlife and campaigning against illegal trade.
The Duchess has also attended a slew of other official engagements after her return to work from maternity leave in October.
Just last week, Kate attended an engagement at London's Imperial War Museum in another blue Jenny Packham ensemble. Not one to shy from tradition, the dress was indeed recycled, with the Duchess having worn it to an event in Canada in 2016.
In October, the mum-of-three attended an outdoor forest school for children where she shared plenty of laughs with the adorable children.
And later in October, Kate attended the Queen's State Banquet in a stunning ice-blue fishtail gown and wearing the Cambridge Lover's Knot tiara.
The occasion was rather special in that it marked only the eighth time Catherine has ever worn a tiara.
WATCH: Kate Middleton's best tiara moments of all time: