Her Majesty, Queen Elizabeth looks absolutely fantastic.
At the age of 91, she is as fit as a fiddle and one of the most inspiring figures in modern history.
But on Thursday, Karl Stefanovic, known for his casual banter, showed off his witty intellect when he compared Australia's Head of State to the fictional character Mrs Doubtfire, who was played by the late Robin Williams in the 1993 film.
His comments were in response to a set of incredible images, which were released of the monarch's meet and greet with incoming Canadian Governor General, Julie Payette, at her Balmoral estate in Scotland.
Dressed in a pleated tartan kilt, red blouse, grey cardigan complete with her signature pearl necklace and earring combo, complete with her token black bag - the mother-of-four looked flawless for the engagement, which was held in her private study.
Discussing the photos, host Lisa Wilkinson seemed perplexed by the handbag and questioned why she needed it in her own home.
We'd like to remind the Today Show host that she's the Queen and she does whatever she sees fit.
Plus, The Queen is never seen without her trusty Launer purse, which holds her lippy, a mirror and a crisp £5 note so she's never caught off guard when the donation box comes around at church.
Meanwhile Karl took a moment to astutely observe, "Do you reckon she is looking more and more like Mrs Doubtfire every day?" 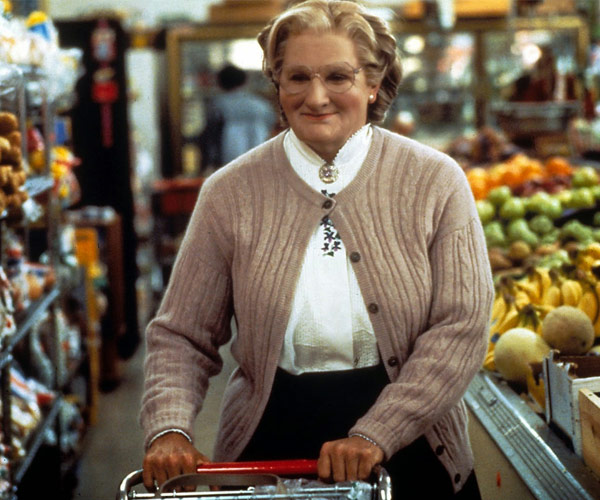 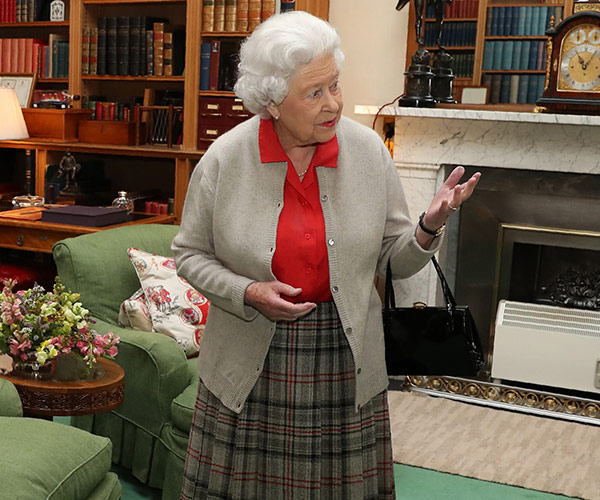 ← Slide →
There were uncomfortable giggles followed by Sylvia Jeffreys' reaction, "No - I would never say that out loud."
Quickly reaffirming his standpoint, Karl remarked, "'I love the Queen you know that!"
Joking, Lisa jabbed, "You can get deported for those kinds of comments Karl."
The host quickly retorted, "Or not allowed in the country, which would be terrible!"
Capping off their comedy routine, Lisa quipped, "Off with your head!"
With Karl musing, "Ah well it's been a good innings."
For those who aren't familiar, Mrs Doubtfire was a classic '90s flick, which saw comedian Robin Williams play a divorced dad who dressed up as an elderly English housekeeper in order to spend more time with his kids.