It's not often when Duchess Catherine dons a tiara, but based on past experience, we think she has a favourite.
On Tuesday December 3rd, the Duchess of Cambridge joined her husband Prince William, Prince Charles and Duchess Camilla for the Queen's Diplomatic Reception, an annual white tie affair held at Buckingham Palace. And in a rare move from the Palace, we were able to get a full look from inside the royal walls.
Dressed in a stunning evening gown by one of her favourite designers, Jenny Packham, the Duchess topped off her ensemble with her favourite piece of royal bling, Cambridge Lover's Knot tiara which previously belonged to Princess Diana.
The Cambridge Lover's Knot is an heirloom tiara which The Queen inherited from her grandmother Queen Mary, before giving it to Princess Diana as a wedding present in 1981.
The late Princess of Wales wore the show-stopping piece on many occasions but returned it to the Queen when she and Prince Charles divorced in 1996.
Of the nine times Duchess Catherine has worn a tiara, five of those occasions have seen her wear the Cambridge Lover's Knot so it's clearly a top pick and a sweet tribute to her late mother-in-law. 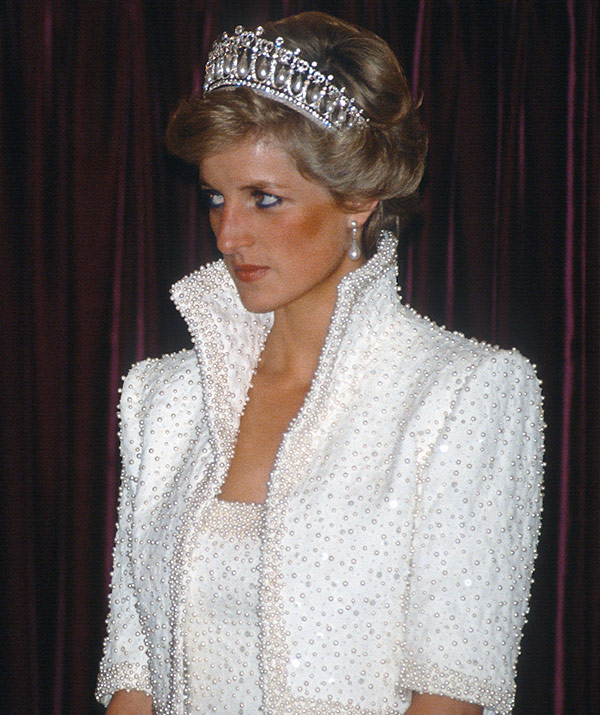 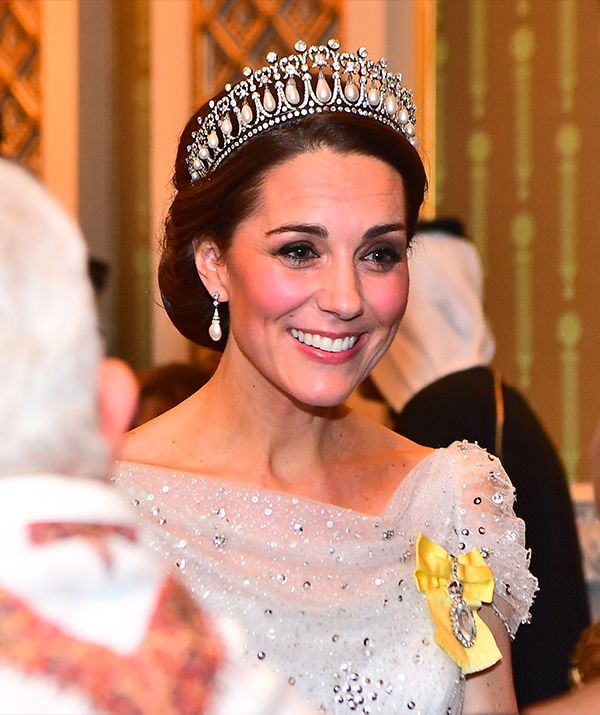 ← Slide →
The Queen hosted Tuesday night's reception for members of the Diplomatic Corps based in London, who support the work of the Royal Family and represent them both in the UK and overseas.
And Her Majesty was equally radiant dripping in jewels as she greeted ambassadors and dignitaries around the world.