Australia has seen eight Bachelorettes over seven seasons and each of these stunners has wowed us with their glamorous appearances on the show.
But years after their seasons wrapped filming, what do the former leading ladies of The Bachelorette look like today?
From Sophie Monk, to Ali Oetjen and Angie Kent, some of these women have had dramatic makeovers since their season aired.
So how do they do it? Is it surgery, skincare or just good genes? We find out below.
Scroll to see all the Bachelorette makeovers through the years. 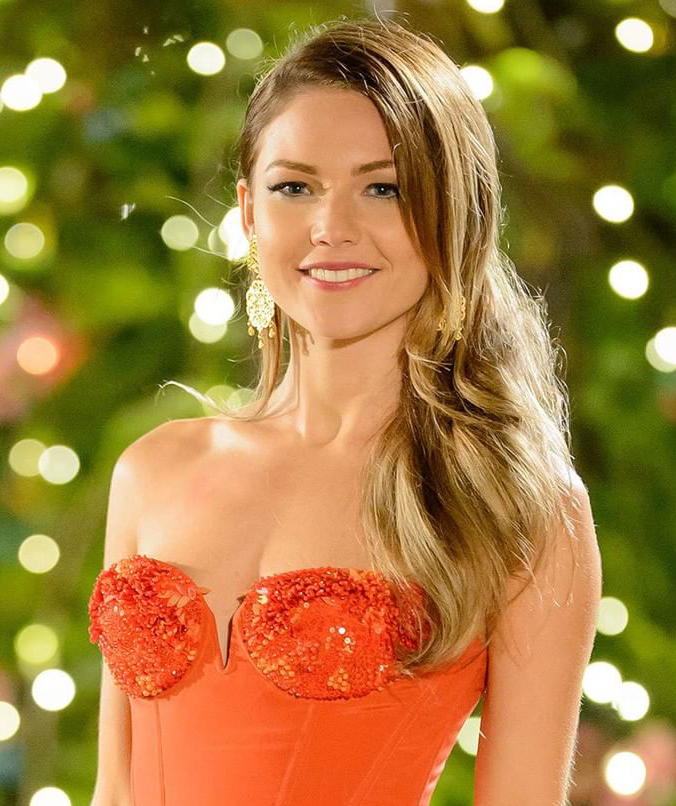 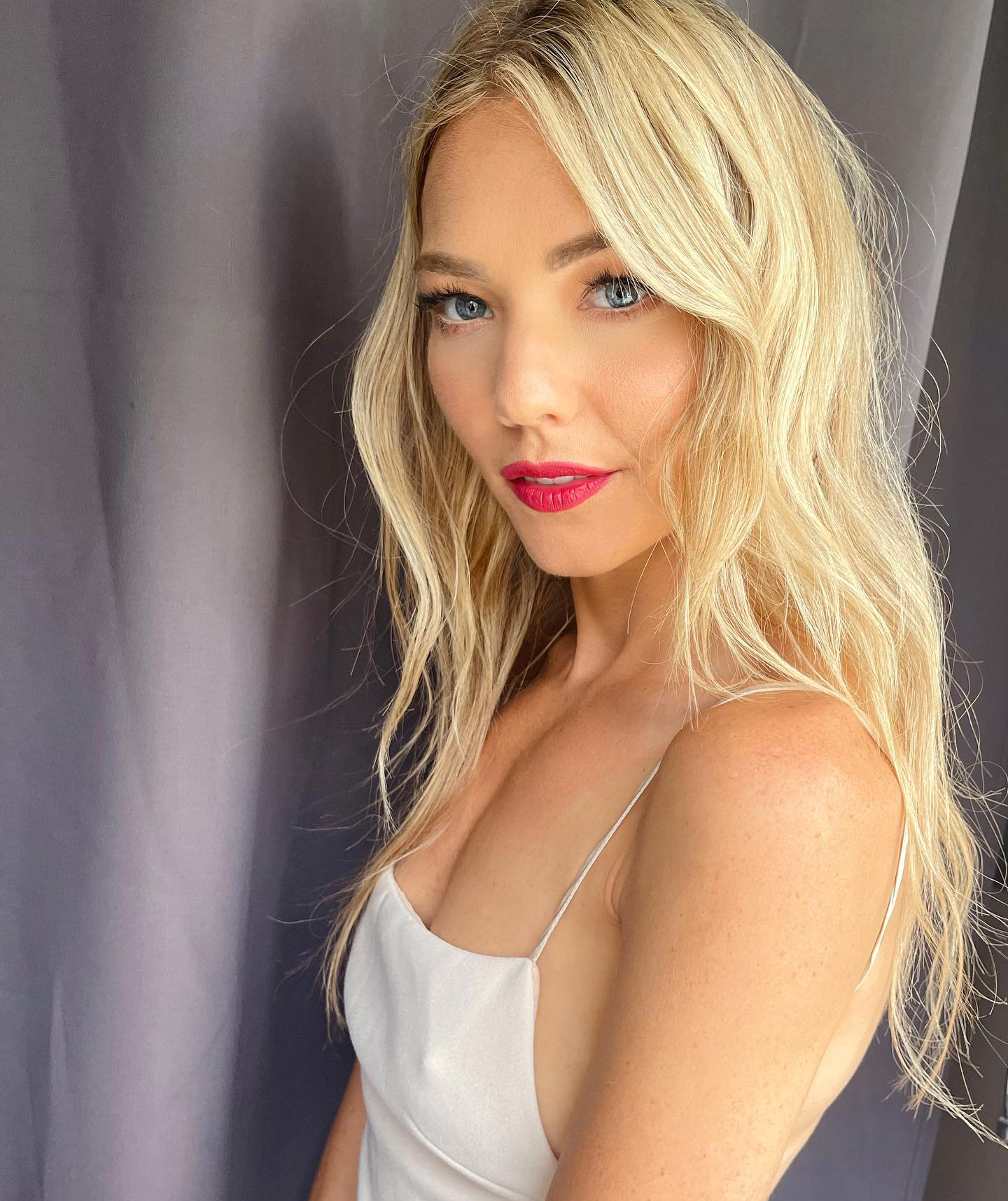 ← Slide →
While she's been through a massive makeover since her 2015 stint as the first ever Aussie Bachelorette, Sam says any changes to her face are all natural.
"I've never had anything done to my face (anti-wrinkle injections or fillers) and I plan on keeping it that way for as long as possible," she told Mamamia in 2021.
The Home And Away alum credits good skincare and a healthy lifestyle for her ageless good looks.
She also uses $120 Kissed Earth Enliven Collagen Eye Cream around her eyes and on her forehead and frown lines to fight off wrinkles. Looks like it works! 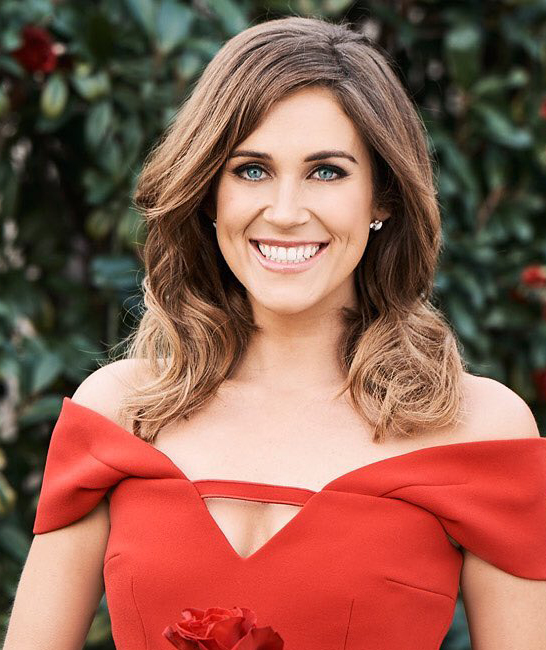 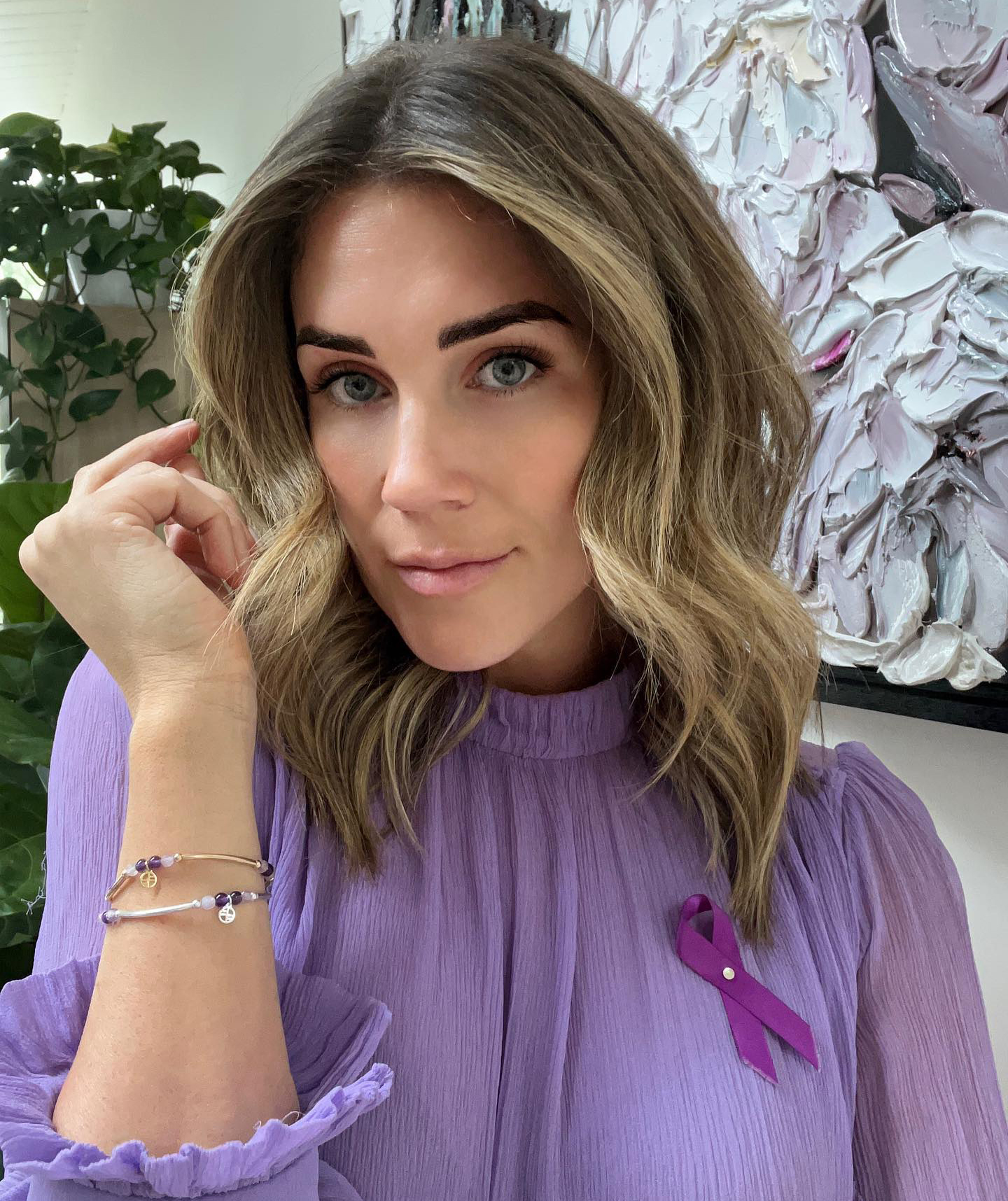 ← Slide →
While plastic surgeon Dr Randal Haworth told the Daily Mail that Georgia may have had everything from a nose job, to a brow lift and filler, we're not convinced.
The star has publicly shared cosmetic treatments like rejuvenating skin peels and LED treatments with fans, but never said anything about surgery.
She's all about natural beauty, telling 9Honey in 2017: "I truly believe beauty is all in how you feel. It's nothing about size, shape or colour, but how you feel on the inside.
"If you are confident in yourself, it will radiate out of you. I think confidence and self-love are the most beautiful traits in the world." 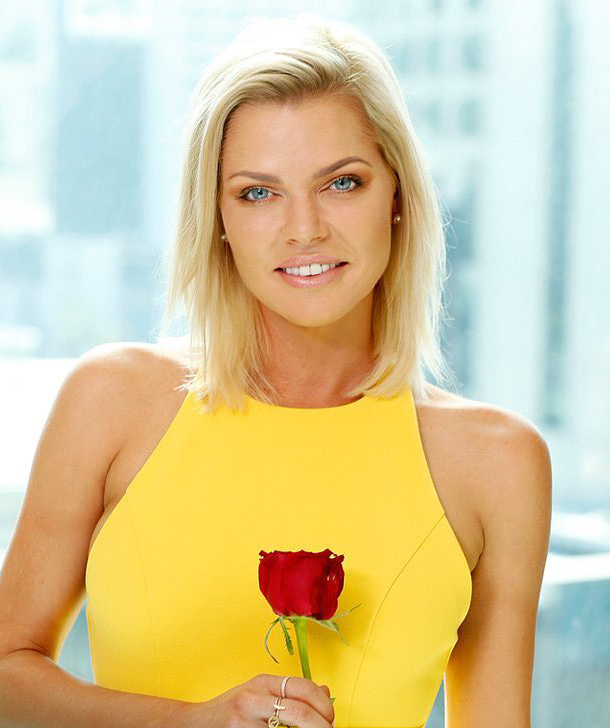 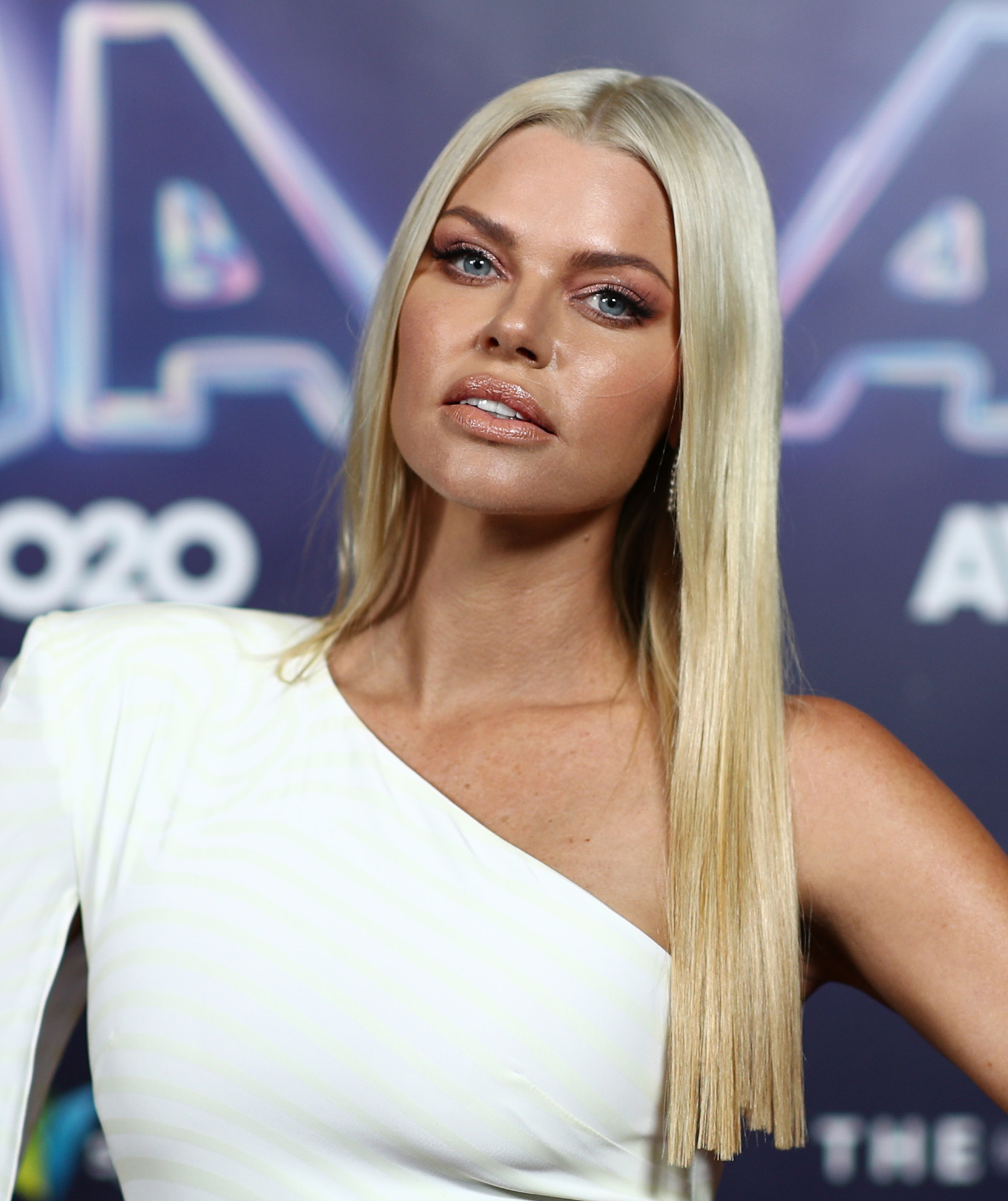 ← Slide →
Ah Sophie, what a transformation you've had. Through the years fans have speculated about all sorts of cosmetic procedures, but what has the star actually done?
Sophie confessed to getting lip filler after having a cyst removed in 2011, something she seems to have kept up with over the years.
"Half of my lip was removed with the cyst, and I was advised to get filler in my top lip to help balance it out," she told Who magazine at the time.
"I should have said no to the filler in the first place, but I trusted the doctor."
What about botox?
"No, I can't be bothered," Sophie told Now To Love in 2019.
"I think each to their own, but I myself am too lazy. I don't even know when I've got a facial booked in."
She's also denied having a boob job or nose job in the past, though there's no denying her looks have changed since her Bardot days. 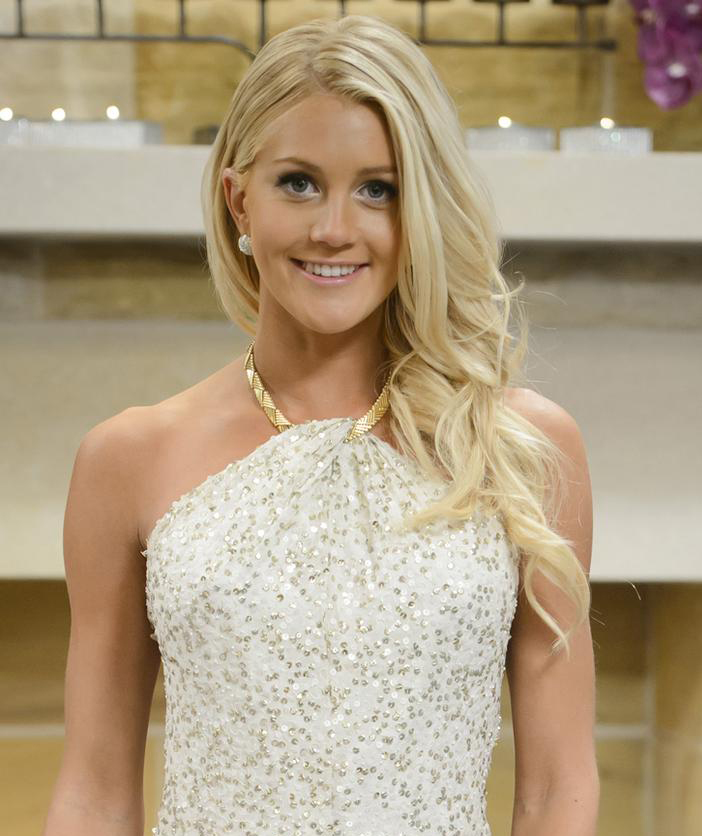 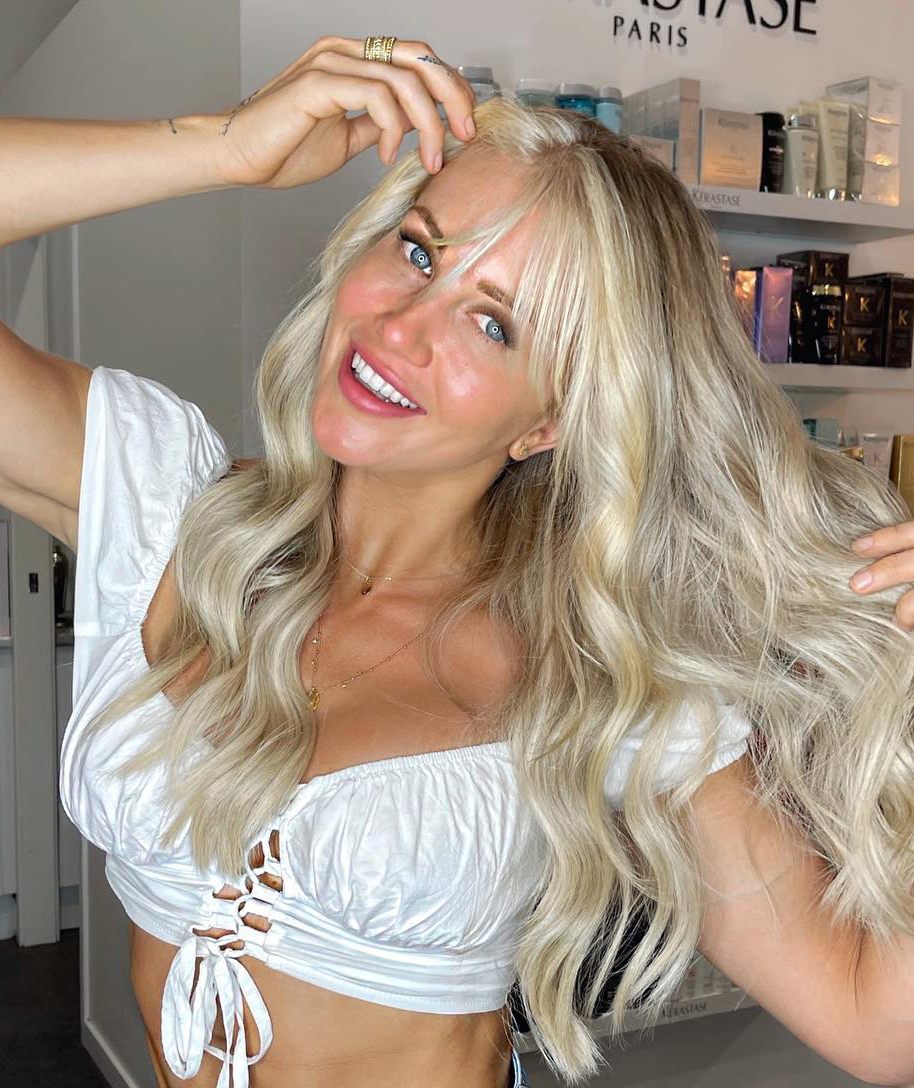 ← Slide →
Ali looked fresh-faced and youthful when she starred on Tim Robards' season of The Bachelor in 2013, then returned looking quite different for her stint on The Bachelorette in 2018.
The star confessed to getting lip filler and a breast augmentation, though she came to regret her boob job which she got done to please a boyfriend.
"If I had my time over, I would not have gotten them done," she told The Sunday Telegraph in 2018.
"When I got them done, I did it for someone else. I thought it would make them happy."
She later decided to undergo another surgery to swap her G cup implants for smaller D cups, telling Body and Soul "They were massive and I hated them.
"I hated the thought that women were judging me for them, and I knew in my soul it was the wrong decision and one that didn't make me happy."
Since her stint on The Bachelorette, Ali has also shown off another dramatic makeover - she's totally ripped now!
The Bachie alum became a fitness junkie after her time on reality TV and now boasts and impressive six-pack we're all jealous of. 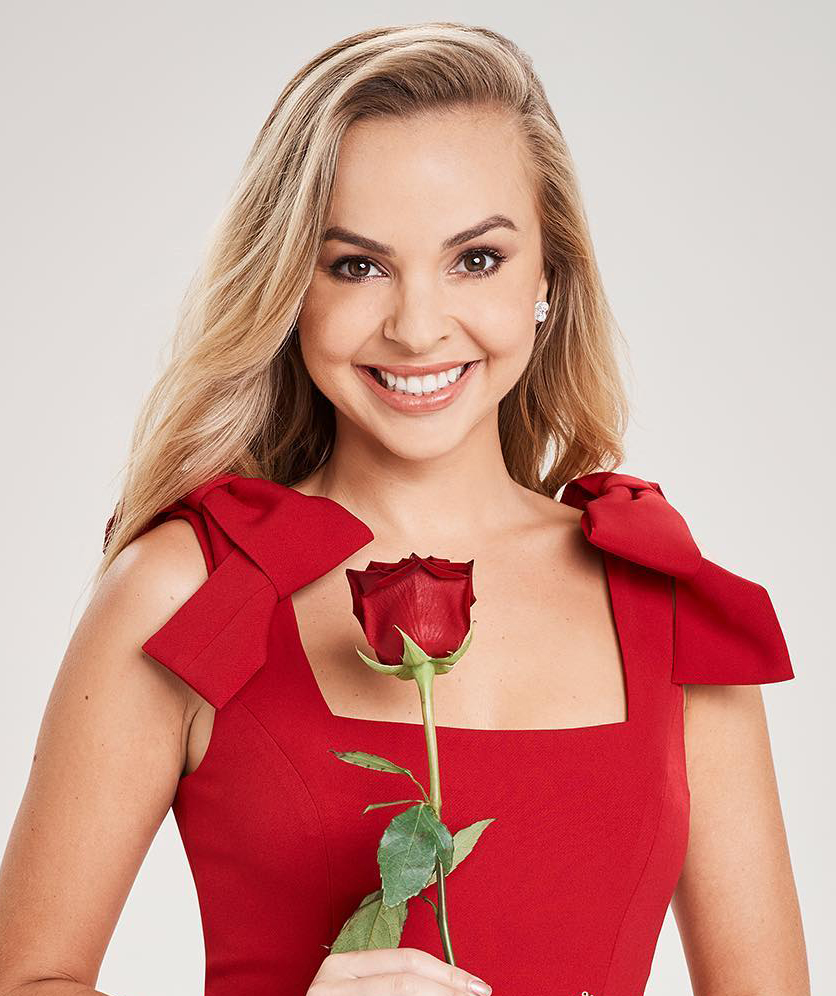 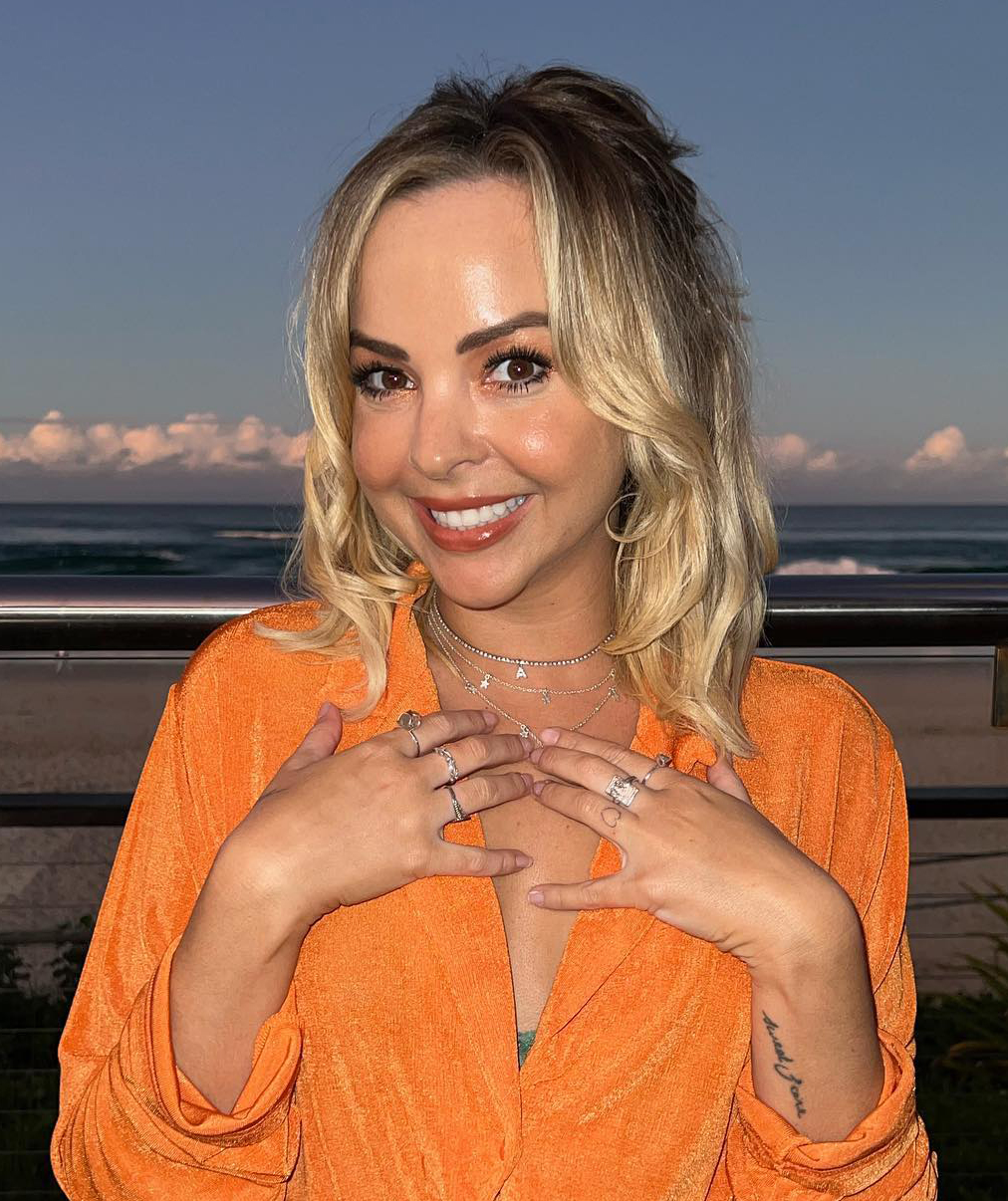 ← Slide →
Angie has always liked to tell it straight and has been open about her cosmetic transformation over the years.
In February of 2022 she told her Instagram followers that she's "had work done on and off" since she was 25.
"I've never hidden the fact that I've dabbled in a bit of Botox and filler," she shared.
"Some of 'what happened' to my face is called age. I'm not 24/25 no more like when I started on [Gogglebox]."
The star previously told Body and Soul in 2020: "I'm a huge fan of ageing gracefully, but I'm also a massive fan of injectables and treatments." 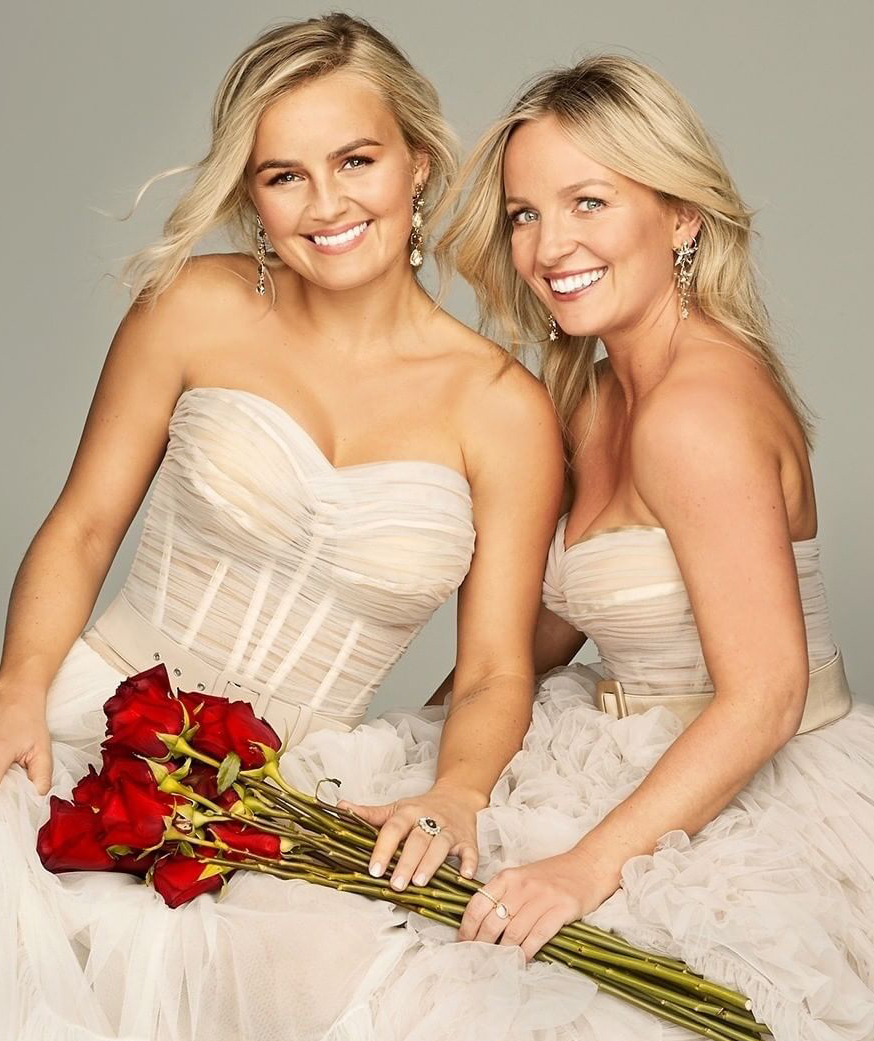 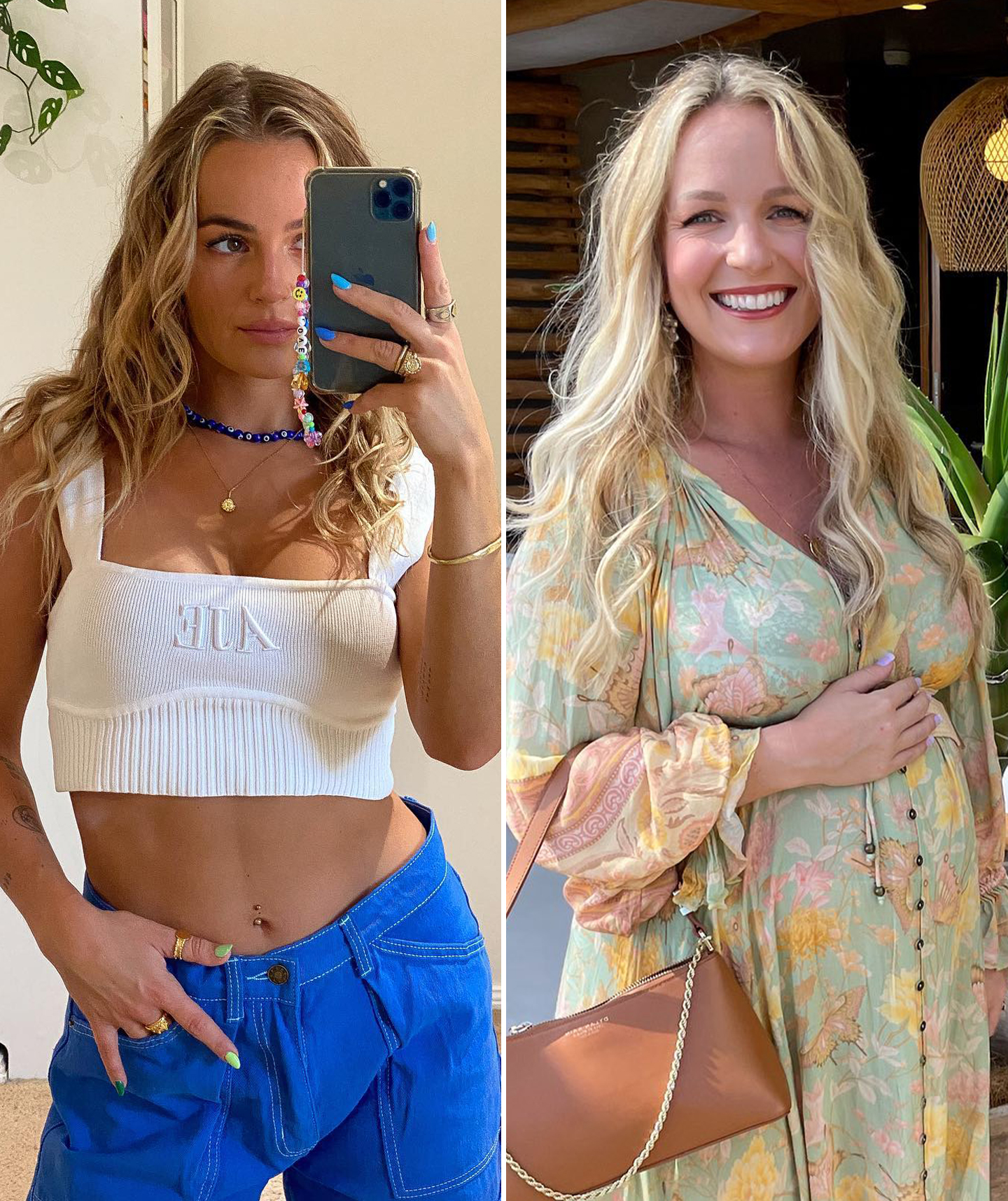 ← Slide →
These sisters have changed a little since filming the show, but most of Becky's makeover happened before she ever hit TV screens.
"As I have really poor eyesight, I have had quite a deep lines in my frown since I was 19," Elly told The Daily Telegraph in 2020, adding that she gets "a little bit of Botox there" to prevent them from "getting any worse."
It's believed that she keeps up with the injections to keep her face looking fresh and young.
The Bachelorette star also owned up to having had a breast augmentation, revealing she went under the knife before appearing on The Bachelor in 2018.
"It was always something that I wanted to do for a lot of years," she said.
"It's still important for me to look natural, but still be really confident in my skin."
Meanwhile sister Becky appears to have kept things natural - the biggest change for her body was pregnancyand motherhood.
The star announced she was expecting with partner James Bevitron in January 2022 and the couple welcomed their first child on April 30. 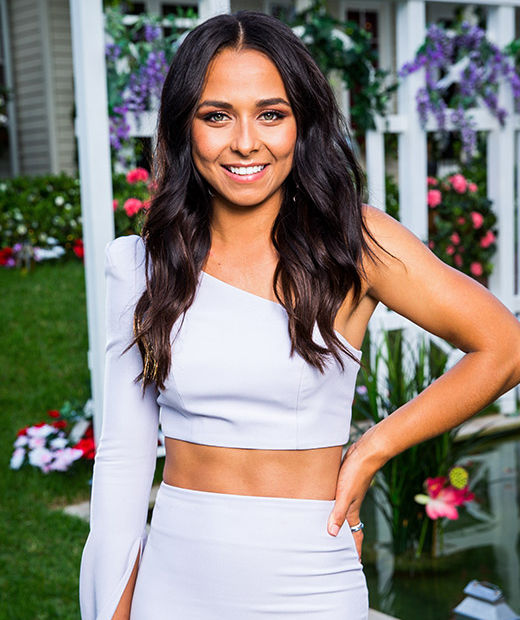 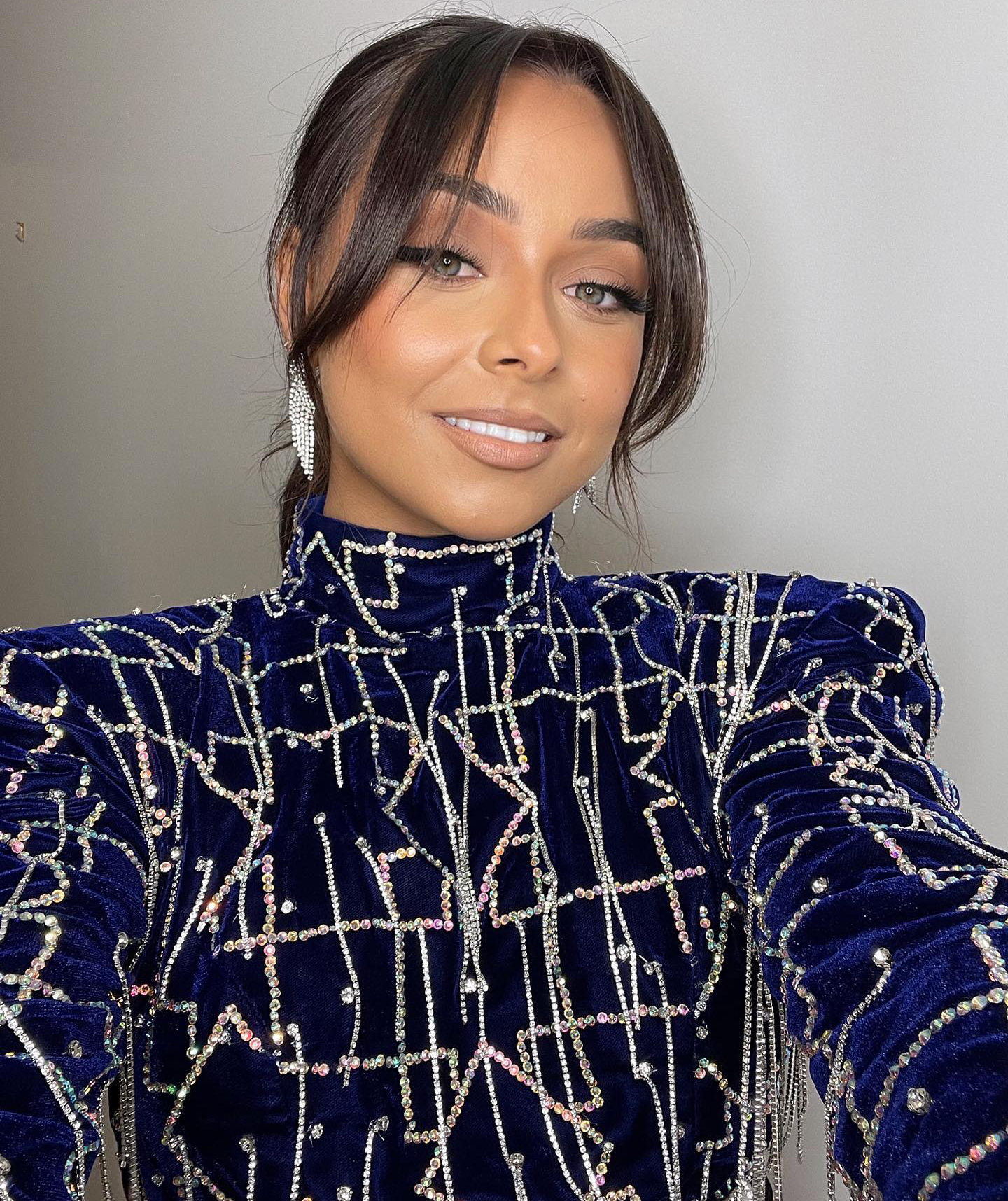 ← Slide →
Brooke hasn't had any work as far as we know and she seems happy to keep it that way.
Though the Bachie alum has previously showed herself undergoing skin needling to feel 'confident and luminous' on Instagram, Botox and filler aren't on her agenda.
Instead she invests in a strict skincare routine and it looks like it's paying off.