Nick Cummins is being touted as "the most unusual" Bachelor yet.
With his retro moustache, ocker one-liners, inspirational family back story and a quirky nickname - Nick is certainly living up to the hype.
Can't get enough of The Bachelor? Join our Facebook group, a safe space where we talk all things Bachie!

And as we countdown to The Bachelor premiere on August 15th, you're probably wondering (apart from which one of the 25 lucky ladies will win Nick's heart) Why is Nick Cummins called The Honey Badger?
Well, the former rugby union player dubbed himself the Honey Badger because it's his spirit animal - on and off the field.
Nick says he was inspired by the fierce fluff ball after watching it attack its prey on Animal Planet.
WATCH: Nick Cummins' best moments. Post continues...
"The badge? Long story short, basically there was a documentary on National Geographic or Animal Planet, one of them Fox set-ups, and I watched this thing and this honey badger was going toe to toe with a male lion and it was underneath him, the underdog obviously," Nick revealed.
Adding: "But he's on his back, clawing away, one, two, and then bloody, the big fella (lion) got his canastas clawed off and he trotted off round the corner and fell over and the badger gets back up and I thought, 'What an animal, that's bloody, that's impressive,'" he's previously said of the cobra-eating critter.
"They run 40k a day they bloody attack the most venomous animals in the world and eat them and then when they get bitten - which they're not immune to - they pass out for a good few hours and wake up and continue eating."

Do you see the resemblance? Slide across to see Nick Cummins vs. a real-life Honey Badger 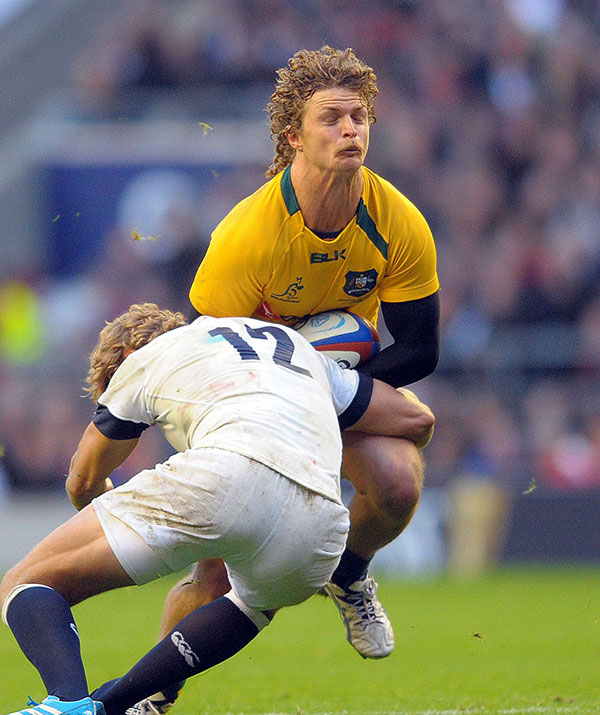 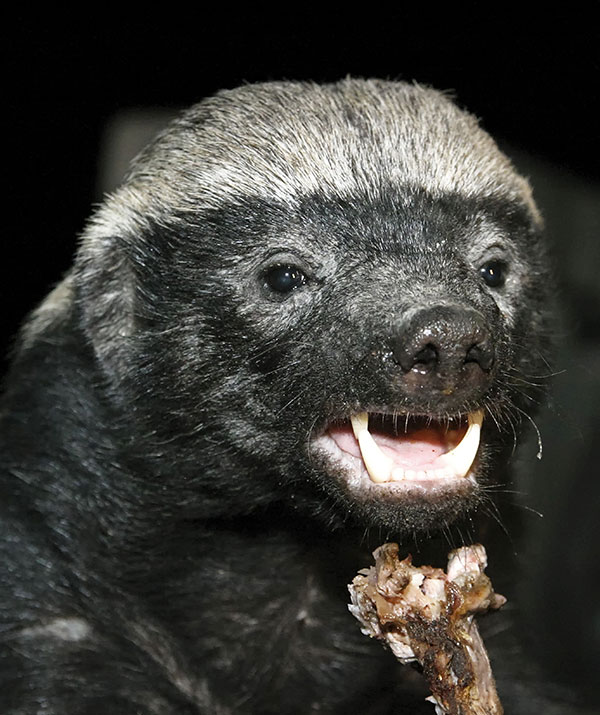 ← Slide →
"One of the stories which inspired me is that it is documented that a honey badger killed a male lion in a one-on-one battle," Nick explained to Fairfax during his rugby career.
"What happened was that he clawed the canastas off the big fella, going the old one-two. The big fella walked around the corner and fell over. The honey badger got up, shook himself, and just trotted off. For me, that was outstanding."
Here's hoping Nick is a bit more gentle with the 25 women competing for his heart on The Bachelor.
Meanwhile, before Nick became the Bachelor he enjoyed a successful rugby career which started in 2007, when he landed a spot on the Australian Sevens squad before moving to Perth to play for the Western Force rugby union team.
He also represented the Wallabies several times but in 2014, he gave up his blossoming rugby career in Australia and signed a lucrative contract to play for the Coca-Cola Sparks in the Japanese top league - a move he says he made to make money to help support his family, including his two younger siblings, Elizabeth and Joe, who both suffer cystic fibrosis.
He played in Japan for two years before wrapping up his tenure in 2016.

What is a Honey Badger?

Don't be fooled by this cute critter!

A honey badger, or ratel, is part of the weasel family and can be found in Southwest Asia, the Indian subcontinent and Africa.

The tough black and white animal is a meat eater through-and-through and is well-known for taking on prey triple its size like lions and rattle snakes.

It has very little predators thanks to its thick skin and razor-sharp defences.

Want more on The Bachelor and Nick Cummins? We've got you covered!

The Bachelor, 2018: Who is The Honey Badger aka Nick Cummins?

FOUND! Exactly where The Bachelor Australia 2018 is filmed

How much do Bachelor contestants get paid?