It's been nearly two years and we're still recovering from the moment Richie Strahan picked Alex Nation over Australia's unofficial first daughter, Nikki Gogan, in The Bachelor finale back in 2016.
Although Richie and Alex's romance soon hit the skids, fans have always held out hope he'd chuck a Blake Garvey and try and make amends with Nikki.
And now, eagle-eyed fans have spotted something very interesting on Richie and Nikki's social media pages that have given their conspiracy theory renewed hope.
On Monday, the reality stars both appeared to be hanging out at Rottnest Island in their hometown of Perth.
Taking to their Instagram Stories, the duo shared a slew of sun-drenched snaps from the stunning oasis.
In one photo, a chiselled Richie shows off his ripped abs as he stands by the ocean.
In one of Nikki's pics, she holds a champagne glass on what looks to be a boat.
The pair both tagged their locations as Rottnest Island leading many to speculate they could be on a romantic beach-side date together, however it could also just be a very awkward coincidence.
Slide across to see Nikki and Richie's very similar posts at the same place, at the same time... 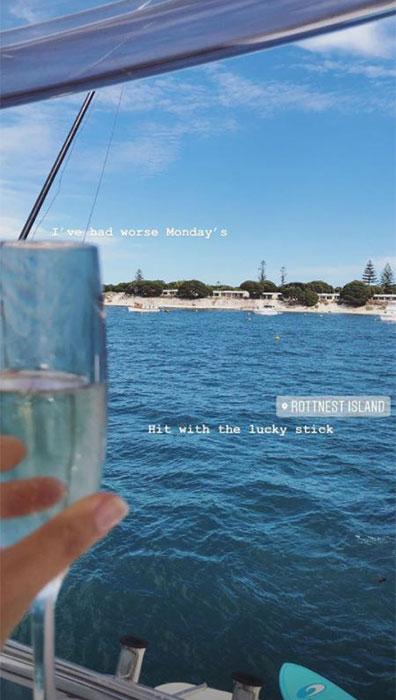 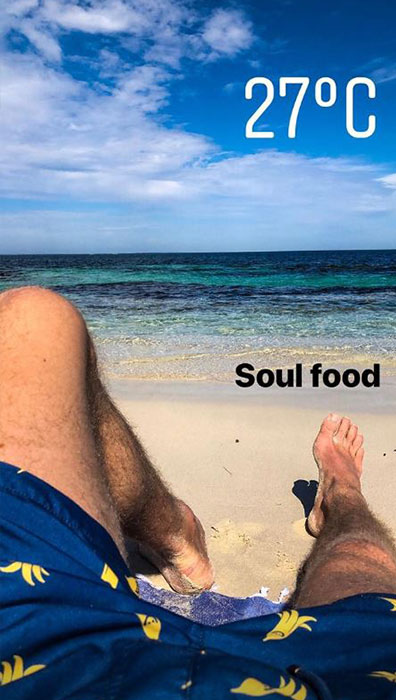 ← Slide →
Last year Woman's Day reported that Richie had turned to Nikki after his split with Alex.
Speculation of a reconciliation also grew after real estate agent Nikki moved to Perth from Northam, which is Richie's hometown.
Looking back on their heartbreaking split, Nikki told us at the time that she had fallen hard for the rope technician.
"There's no doubt I was head over heels. I felt all the feels! There was no question that I was definitely very loved up," she confessed.
After Richie dumped her on national TV, Nikki was in talks with Warner Brothers and Ten to be our 2017 Bachelorette but ultimately lost out to Sophie Monk.
"I think that with all my dealings with Warner Bros. or Channel Ten, they were always very respectful," Nikki told news.com.au last year.
"They were always aware of my feelings and how I felt. At no point do I think anyone jumped the gun. They were always very respectful."
Since then, she's enjoyed a flourishing career in real estate and the occasional modelling gig or TV commercial.
Sadly her love life has been just as challenging as Richie's with the Perth beauty confirming last month she was "catfished" by a con artist posing as a fake millionaire.
Come on Richie and Nikki, please just give the people want they want and run off into the sunset together.
Can't get enough of all things Bachie? Join our Facebook group where we talk about Bachelor in Paradise, The Bachelor and The Bachelorette!