You'd think that going on a show like MasterChef and being surrounded by delicious gourmet food all day would be a disaster for the waistline.
But for MasterChef contestant Tim Bone - yep, the guy who sort of looks like Prince Harry - signing up for the popular reality cooking show has unexpectedly kick-started his body transformation and led to some amazing weight loss results.

While Tim was never big to begin with, loyal MasterChef viewers will have noticed that Tim has definitely lost weight around the face and his signature t-shirts are a lot baggier than they used to be.
Swipe to see Tim's body transformation 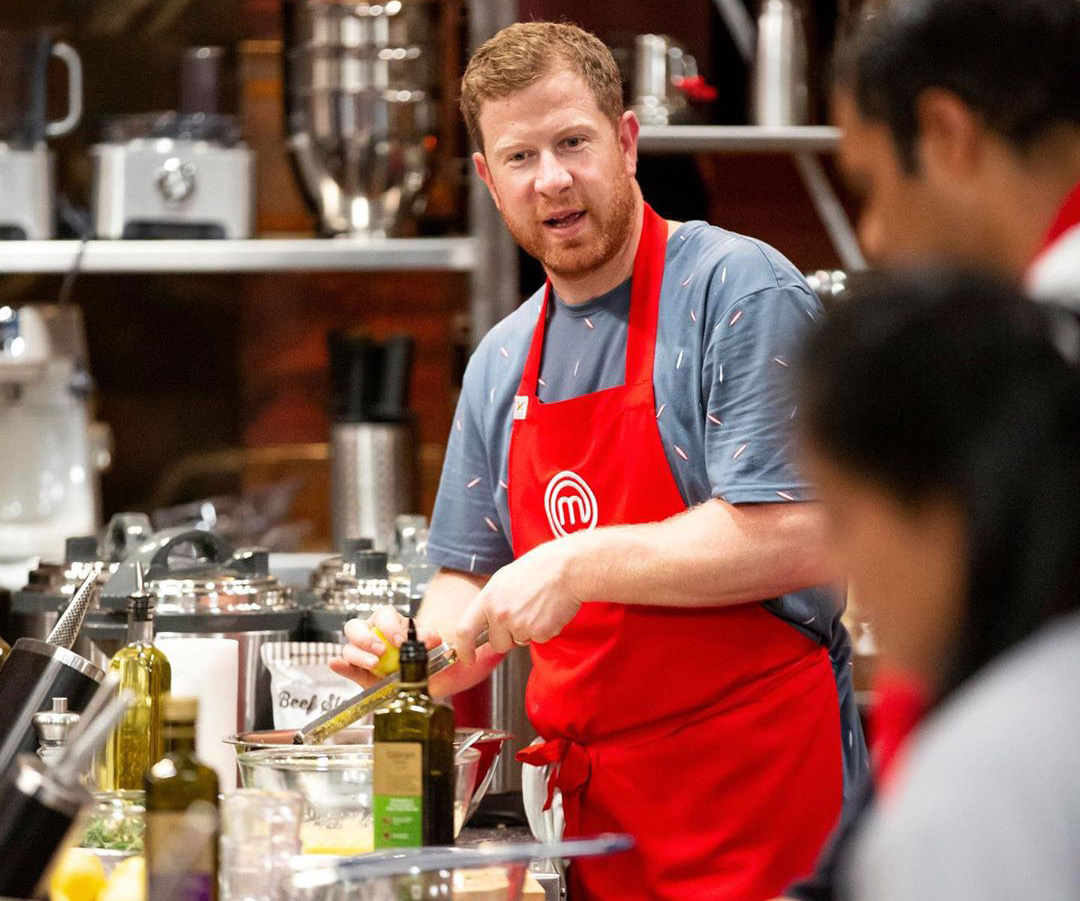 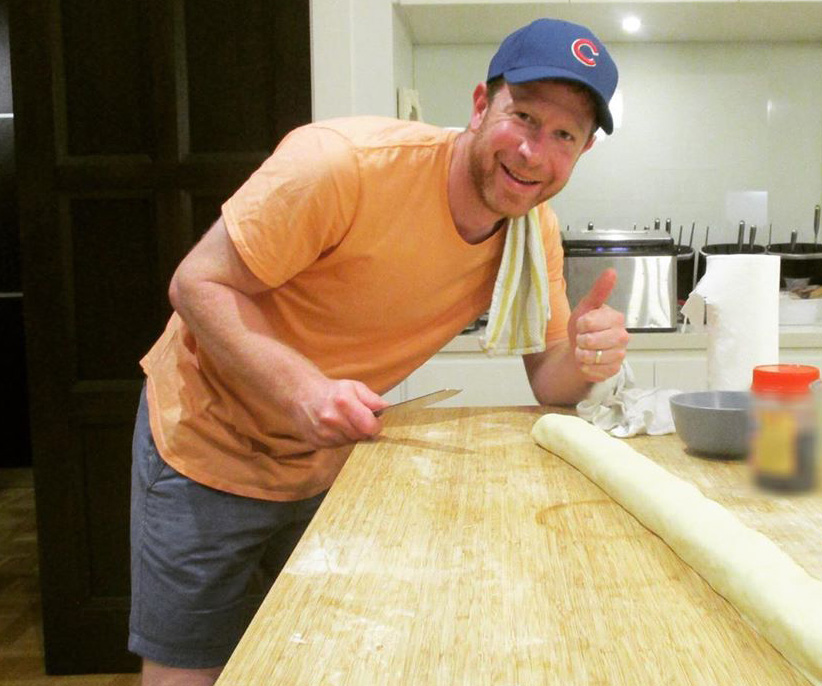 ← Slide →
Tim says he's lost around 15kg and jokes that his wife Abbey will be getting a "new man" when he returns home.
"I was about 100kg around Christmas and now I'm 84-85kg, which is pretty cool," Tim told TV WEEK.
"I never thought I'd lose weight on a cooking show – I thought it would have gone the other way," he said.
Tim puts his weight loss down to regular exercise.
"There's a gym in the MasterChef house and I made a habit of using that every day, as it's a really good stress reliever. I'd get on the treadmill and go for a good run, then I'd get on the exercise bike."
He also cut back on snacking while he was in the house.
"You don't really have access to junk food, which has been nice. I think it also helped that we couldn't drink alcohol."
because even his fingers have become smaller!
Swipe to see the new, slimmer Tim 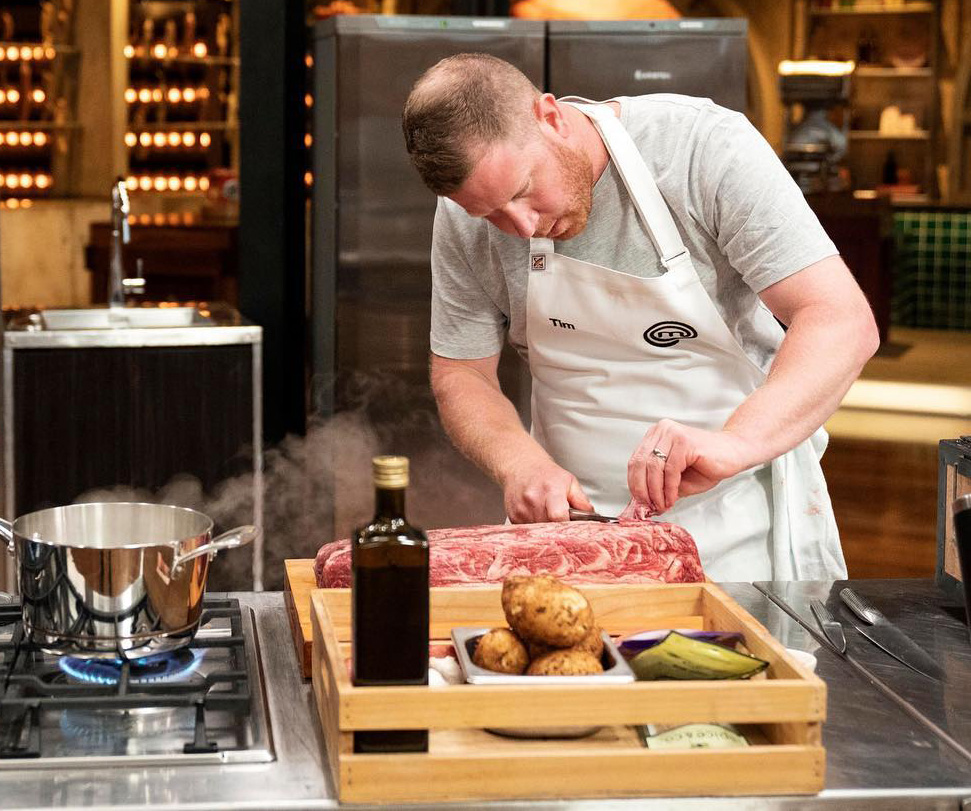 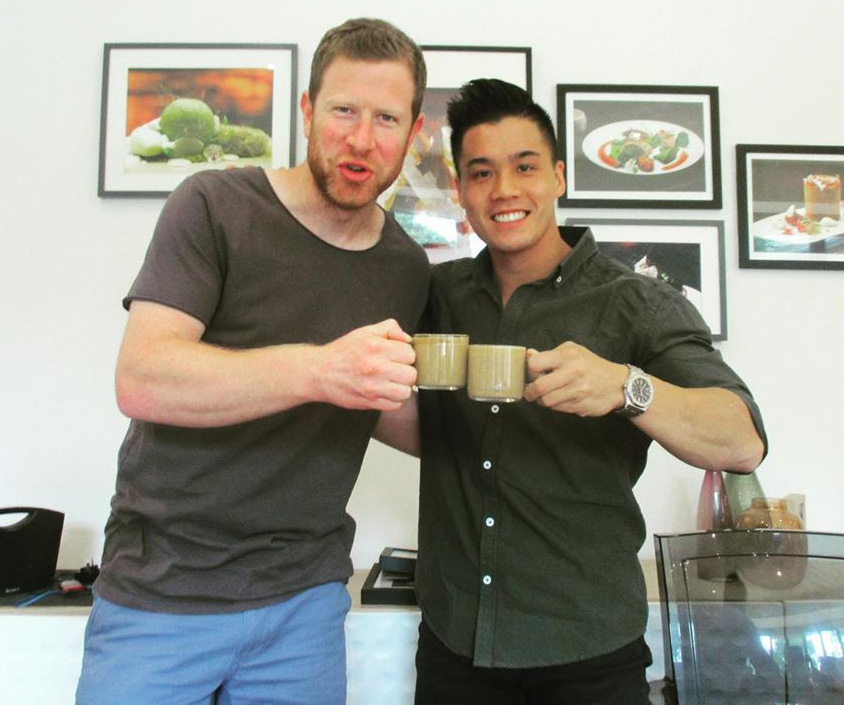 ← Slide →
There have been a few instances on MasterChef where Tim's wedding ring has fallen off his fingers.
"I've lost a bit of weight, the ring's a bit loose!" Tim laughed to judge George Calombaris and guest judge Heston Blumenthal during one recent cooking challenge.
"Don't lose your wedding ring, mate, hold onto that ring!" George warned.
READ NEXT: See the MasterChef judges' incredible weight loss transformations
And a few weeks ago during the team challenge on the Q Train, Tim was cooking with fellow contestant Tessa when his wedding ring slipped off his finger and onto the train tracks.
"I'm frying my eggplant chips and all of a sudden, my wedding ring flies off my finger," Tim recalled.
"My ring would have been flattened!" he said.
Tessa warned Tim to be more careful, saying: "Geez, Tim, look after that, Abbey [Tim's wife] will kill you!"
WATCH BELOW: Meet MasterChef Australia's Prince Harry 'lookalike'.
Tim was actually eliminated fairly early on in the competition, but was given a second chance along with 10 other previously eliminated contestants in the Second Chance Cook-Off, and won!
After spending time at home with his wife Abbey and dog Harry, Tim moved back into the MasterChef house and is now one of the contestants in the final top eight.
MasterChef Australia airs Sunday to Thursday nights at 7.30pm