It's been a make or break week for our last-remaining couples on Married at First Sight as they made their final vows to one another.
Each couple poured their heart out by saying "yay or nay" in a mini ceremony reminiscent of a wedding – adorned with florals, chandeliers, candles, white dresses and all kinds of romantic paraphernalia.
Do you have a Married at First Sight tip or know one of the participants? Email us with your tip-off at NowToLoveTips@bauerxcelmedia.com.au

And as we farewell another insane instalment of MAFS, we've noticed a growing trend - as every season got bigger and better, each of the couple's "settings" became even more lavish than the next.
So with this, we decided to dig back into the archives to track the evolution of the MAFS finale and let's just say, you won't believe how quaint and simple they used to be, compared to season six which has pretty much become a Bachelor finale on steroids.
Behold, as we take a trip down memory lane and relive every season finale of Married at First Sight!

The entire format of season one of Married at First Sight is completely different to what we know (and love) now.
In fact, the first season only had FOUR couples, SIX whole episodes and was clearly on a cost-saving budget.
And while the premise was still the same – get married, go on a honeymoon, move in together, and make a decision – the final ceremony at the end was a far cry from the lavish affair it is now.
In fact, the final "vows" used to be called "decision day", where the experts (John Aiken, Trisha Stratford and before Mel Schilling – psychologist Sabina Read) would first meet with one of the pairing in a church (?!) and then talk to them about their experience.
They would then bring the second person in, where the couple would make their decision in front of each other and the experts.
A few things to note.
Firstly, who is Sabina Read? Because actually, we don't even remember a MAFS without Mel Schilling!
Secondly, John Aiken has not aged nor changed AT ALL: 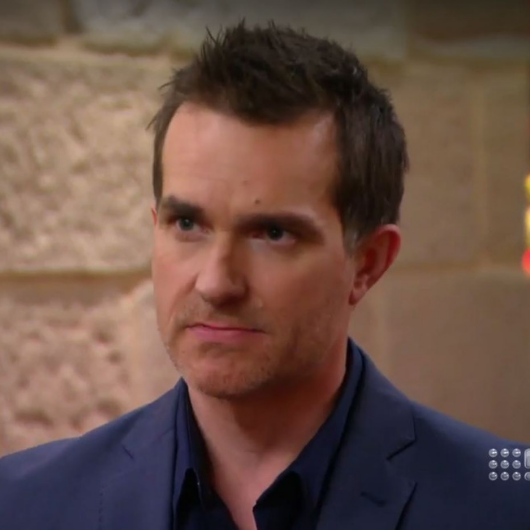 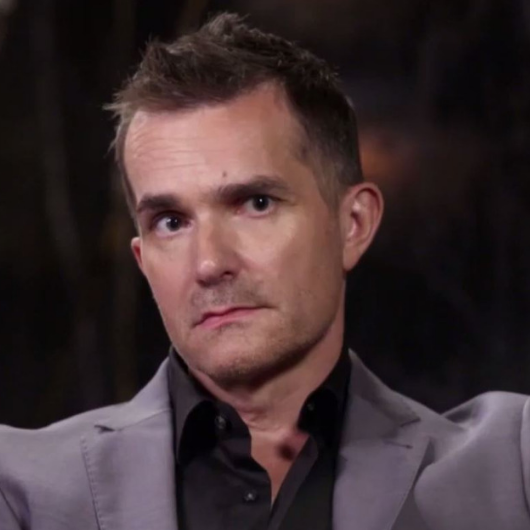 ← Slide →
And finally, there was only one couple we actually remember: Alex and Zoe, who's daughter Harper Rose, is the first and only MAFS baby.

The format between season one and two doesn't change too much, however, now instead of six episodes, season two had seven!
Each episode went for under an hour, with the exception of the penultimate episode - which went for a full 85 minutes.
While the couples were still faced with the experts (goodbye Sabina, hello Mel Schilling) and "decision day" during the finale, the location had now also changed from church to a more relaxed setting – the current Balmain studio!
Most memorable couple from Season Two: Erin Bateman and Bryce Mohr, who are still together to this day.
WATCH: Erin and Bryce during their final vows. Post continues after the video...

In season three, we watched not four, but FIVE whole couples walk down the aisle and this time, there was an addition of Australia's first ever gay couple – Craig and Andy.
As the number of couples crept up, so did the episode count – but only to eight – however the rest of the show's format remained the same.
READ NEXT: MAFS Stars: Where are they now?

In season four, Channel Nine knew they had a bonafide hit on their hands and the entire game changed.
From a humble four in season one, season four brought us ELEVEN new couples willing to tie the knot to a perfect stranger – thus bringing us some of our most famous MAFS alum to date.
From Cheryl Maitland, who was the turning to the new era of MAFS wither her penchant for plastic-surgery and partner-swapping, to John Robertson, Nick Furphy, Andrew "Jonesy" Jones and the twins – Sharon and Michelle Marsh – it was a concoction of brilliant proportions.
This episode not only brought us mainstream Aussie names, but ALL of the drama, including the first-ever couple swap!
But what of the season finale?
Well this is where it gets interesting – the final vows took place over a few episodes - and while the production value and sets are a lot lower than they are now, the final vows format appeared in this season.
But in a total plot twist, there are TWO more episodes AFTER their decision is made to see how the couples are going post-experiment AND then the reunion!

Apart from this most current season, season five of Married at First Sight was arguably the most memorable.
From the Dean Wells, Davina Rankin and Tracey Jewel's triangle to Nasser's man-scaping and Troy's aggressive tooth brushing – the cast were as diverse in personality as the Australian public.
A record-breaking 32 episodes were executed with 11 couples taking part and Australia could not get enough of the epic drama that was unfolding in front of their very eyes.
The format had been turned on its head completely – gone were the days of an innocent experiment and in its place – drama, divorce, wife-swapping and intrigue.
And as for the finale, the final were now filmed on a beautiful, personalised set – a little reminiscent of the weddings they had all those months ago.
Most memorable person from Season Five: Every single participant.
But the best moment? When Tracey told Dean he wasn't good enough for her and dumped as the nation cheered on. #Neverforget
READ NEXT: Nasser's open letter to Season 6 MAFS cast

And finally we come to season six - and what a wild ride it's been.
What started with ten couples walking down the aisle, in an world first, the experiment saw two new "intruder" couples enter the experiment mid-way.
Stepping up their game, the MAFS juggernaut was now skyrocketing into the stratosphere with never-before-seen drama on Australian television.
The characters on the show were there for many different reasons. Some for love, others for Insta followers but for the audience, we were only there for one thing.
The drama – and we were not disappointed.
WATCH NEXT: Cyclone Cyrell unleashes on Martha
Story continues...
During the final vows, each couple had half an episode to make a decision (oddly, with the exception of Heidi Latcham and Mike Gunner, who had an entire episode to themselves) and the sets were out of control.
Set up like wedding altars, the props were lavish and the backdrops breathtaking. Toto, we're not in season one anymore!
In fact, this season saw the very first real-life proposal between Cam Merchant and Jules Robinson – who are now getting married in a legal binding ceremony.
As for all of the other couples, only Michael and Martha seem to be together with Heidi and Mike hanging by a thread and potentially not at all.
Every single moment of Season Six had us at the edge of our seats –and if the progression of the show is any indication, we cannot even begin to imagine what 2020 will be like!