To say that none of the Married at First Sight contestants are in it for the fame would be like saying Kate and Megs are besties.
And while some of the participants say they are truly looking for love - for many others - and there seem to be a few this season, not so much.
Do you have a Married at First Sight tip or know one of the participants? Email us with your tip-off at NowToLoveTips@bauerxcelmedia.com.au

In the case of 26-year-old Jessika Power, even her "husband" Mick Gould has questioned her true motives.
In fact, in Thursday night's episode - the Aussie farmer uses his free question from the "honeymoon question box", to ask Jess if she's on the show for love or Insta followers.
Look, he asked what we were all thinking.
After absolutely losing it at her down-to-earth new hubby, we can safely say that Jess was a little defensive on the matter.
Now, a person close to Jess has spoken out about the admin assistant's involvement on the show, and according to them, Mick's fears may have some merit.
"She purely, 100% went on for social media fame," our source tells Now to Love exclusively. "However, you want to describe that."
"She was always constantly on her phone, playing with her hair and taking photos for her Instagram and unfortunately, she's never going to change."
According to our source, Jess really "projects this whole wanting the simple life and kids thing, but she's just all about her social media and her image."
On Monday morning before the show's premiere, the blonde bombshell's follow count was over 1k followers and in just 72 hours she has amassed a further 19.2k (at time of publication), with this set to rise over the course of the series.
For farmer Mick, who loves feeding baby lambs and the simple things in life, Instagram seems the furtherest thing from his mind.
During Thursday's episode, Mick confronted his wife about her constantly being glued to her phone.
"It's just sort of being playing on me mind," he said.
"Are you really in it for love or are you just in it for Instagram likes? Because you're on Instagram all the time," he asked her.
READ NEXT: Why Jessika and Mick's coupling on Married At First Sight is the biggest stitch up of the season
"The fact that you think it's because I'm on Instagram... is really sad," Jess says and then storms off - threatening to not come back for dinner.
This whole exchange alone, plus their rocky date on the rapids, makes us even more sure of the fact that this entire marriage is a sham... we mean shambles.
WATCH NEXT: The experts explain why they have paired Mick and Jess together
Story continues...
Jess isn't the only one enjoying her newfound fame.
Her brother Rhyce has become the breakout star of season six.
The sexy, tatted-up hunk sent the nation's thirst into overdrive this week when he made his debut on the Channel Nine reality show.
While some viewers expressed concern over how aggressively protective he is of Jessika, others couldn't get enough of Rhyce's bad boy looks and attitude - he's already been dubbed #HotFelon by some hot and heavy fans online.
Just like Jess, Rhyce has seen a dramatic surge on his social media account.
In fact, on Monday morning, Rhyce had only 1,370 followers and now, at the time of publication, a whopping 41.7k followers - leaving his sister's gram game in his wake.
It's not clear which of the siblings will end up with the most Insta fame but it is safe to say that the Power family's life has been changed forever... 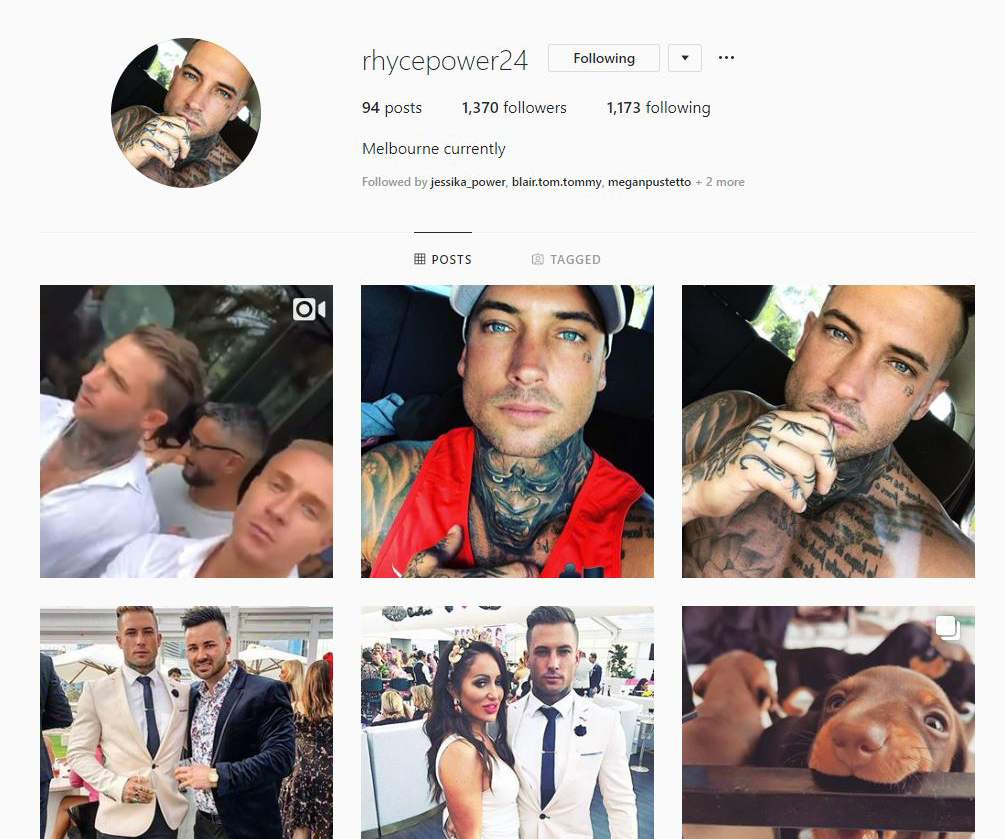 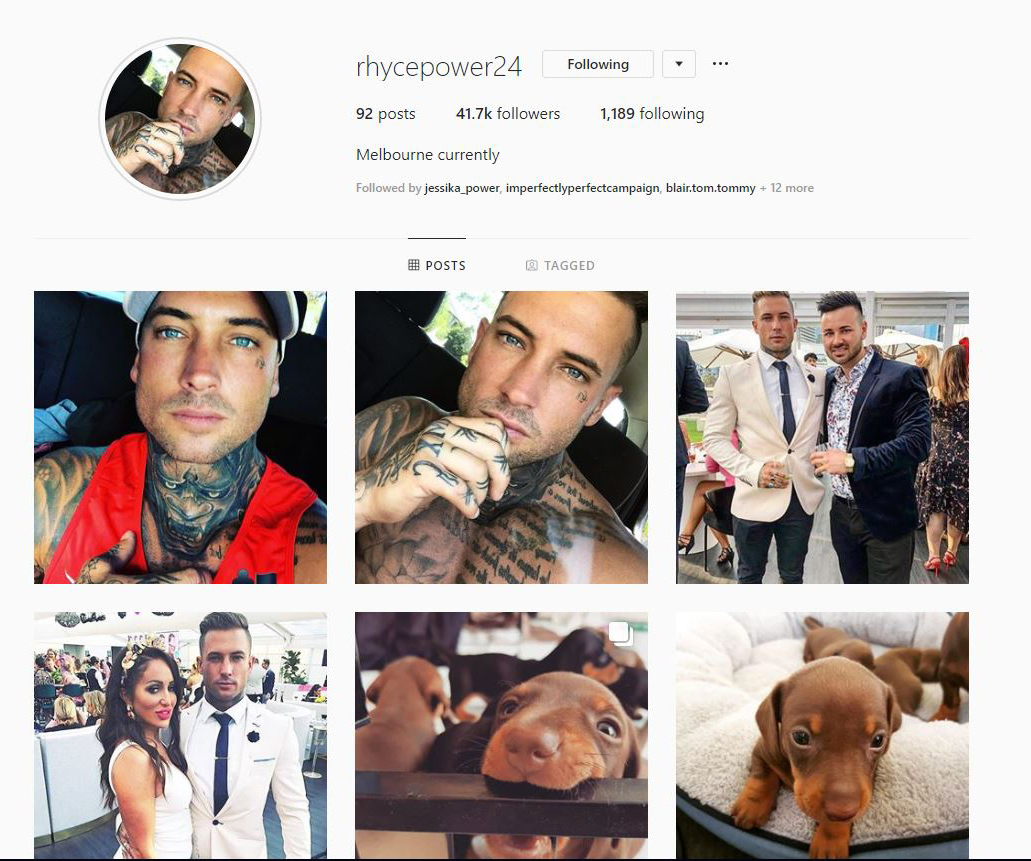 Married At First Sight's Jules: 'My secret royal past!'

Meet the brides and grooms of Married At First Sight 2019