Forget Married At First Sight, it took relationship coach Melanie Schilling six-and-a-half years to walk down the aisle!
There was a huge laugh  as Mel and her new hubby Gareth  hit the floor for their first dance to At Last at their stunning Balinese jungle wedding.
Want more celeb goss? Listen to the latest episode of the Woman's Day Uncensored Podcast, where the team discuss MAFS' Dean Wells finding God, Bob Irwin's dying wish to see his grandchildren and Victoria and David Beckham's complex relationship.
"It was the most apt song given I'm getting married for the first time at 46 after a six-and-a-half-year engagement," laughs Mel, relationship coach for Nine's Married At First Sight.
Mel met her now-husband through eHarmony after spending the majority of her  30s single and happy.
RELATED: Mel might have found the perfect match, but she admits finding one for Dean Wells was one tough job!

Unlike the MAFS couples she coaches, Mel and Gareth took their time to marry and, despite the delay, their day was perfect.
Mel couldn't have looked more beautiful or relaxed as  she pledged her love to Gareth in front of 60 close friends and family, and the couple's three-year-old daughter Maddie.
Bali's Saratoga jungle palace provided a romantic backdrop.
"The setting was really tranquil and as soon as I saw Gareth  I felt really calm," says Mel, who moved to Indonesia  a few years ago.
"We just held hands facing each other for the entire ceremony and looked into each other's eyes – it was so beautiful. To be able to say my vows in front of everyone – my heart was absolutely bursting."

The couple wrote their own vows and had Maddie walk down the aisle before Mel.
They even had a ring made  for her so she felt especially involved.
"She thought that  was pretty great, and so did we, until she lost it!" laughs Mel.
The hardest part of the day though, was trying not to cry during the ceremony.
READ MORE: Where you can get every single Married at First Sight 2018 bridal dress
After a five-course feast of seafood, steak and a delicious chocolate cake, all that remained was to dance the night away surrounded by the people they love most.
"I took my shoes off and put on my bridal thongs,"  says Mel.
"We didn't want it  to end because everyone was having such a good time." 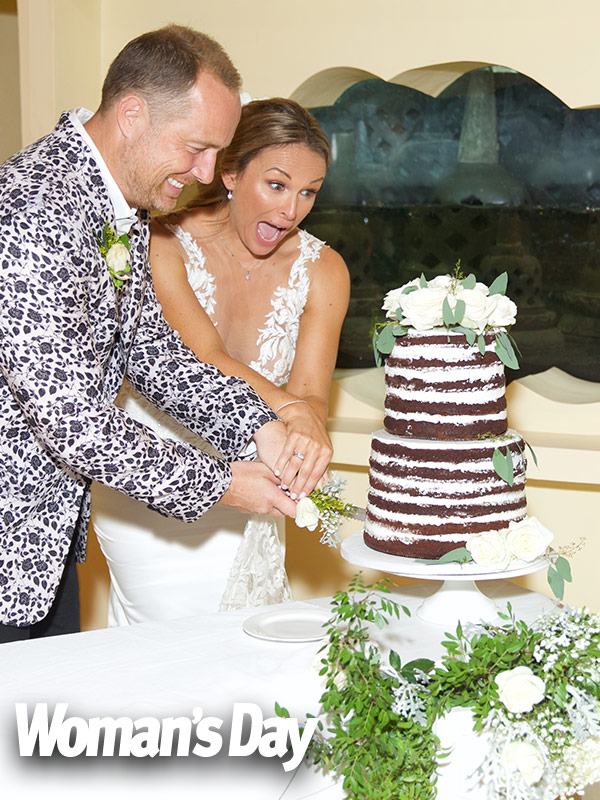 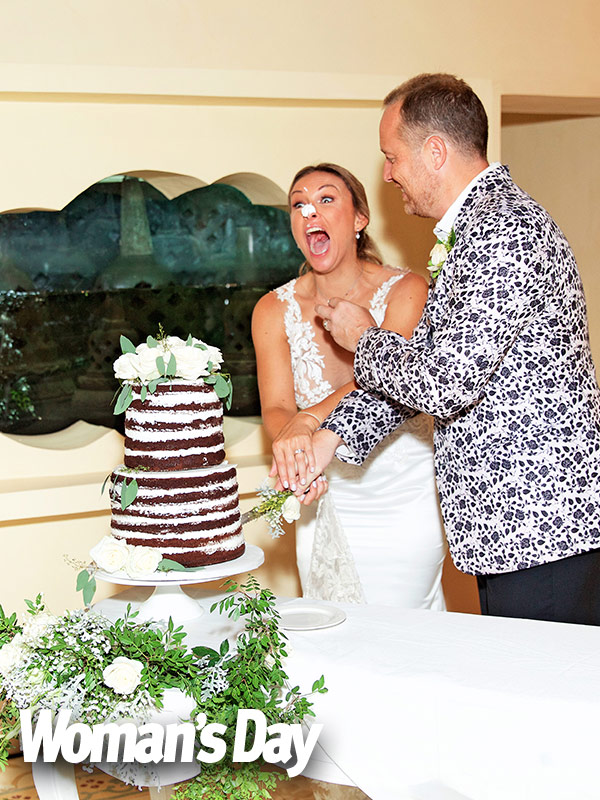 As Oh What A Night played, sparklers were lit and there  were yet more hugs and tears  as the magical night finally drew to a close, before the happy couple escaped to the bridal suite to revel in their happiness.
"We sat in a big warm bath and fell asleep – after we consummated the wedding,  of course," adds Gareth with  a cheeky laugh.