Despite being one of the first participants to depart Married At First Sight this year, we couldn't help but fall in love with bubbly blonde Lauren Huntriss and her down-to-earth attitude.
But now the reality star has opened up about something a lot more serious, revealing she has undergone skin cancer surgery after noticing an abnormal growth on her nose.

Taking to Instagram, the MAFS bride, who was partnered with former virgin Matthew on the show, shared three photos of her nose in various stages following her skin cancer diagnosis.
"I first noticed what looked like just another pimple on my poor face so I kept picking and picking but it just wouldn't go away," she explained in her caption.
"A few months later I noticed it had grown a bit and started looking more like a wort. Again I would pick but this time it kept bleeding."
"Funnily enough I decided to make an appointment with a dermatologist to talk about treatment options for my acne (I will discuss this in another post). On observation the dermatologist noticed this spot on my nose. He said it looked suspicious so took a biopsy. Results came back and guess what?.. it was a skin cancer! 'But I'm only 27!' I said at the time."
Swipe across to see the estimated size of the cancer from the surface. 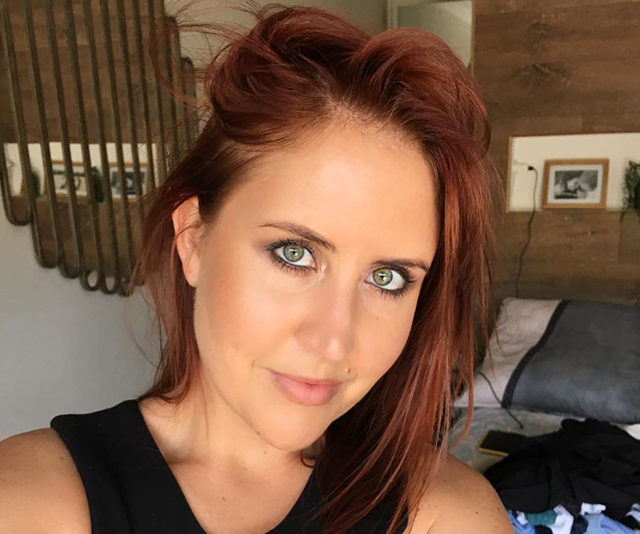 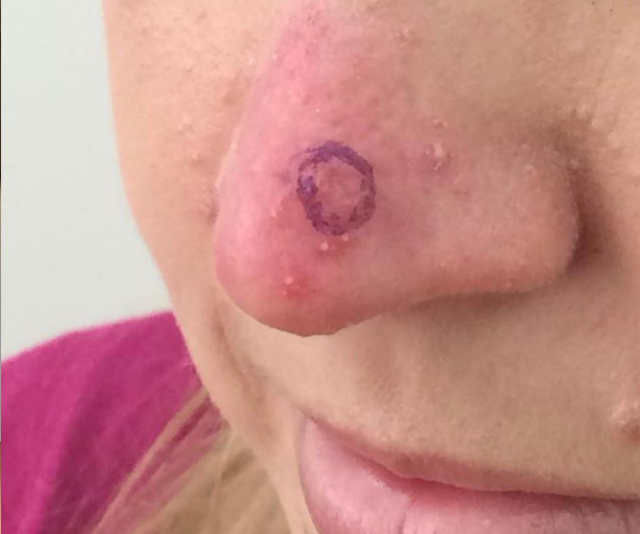 ← Slide →
Lauren went on to say that she was immediately booked in for an appointment at Sydney's Royal Prince Alfred Hospital, where she was told the cancer must be removed before it became malignant. Despite looking small, the reality star soon learned that the cancer had spread noticeably under the surface.
"I opted for #MOHS surgery (an advanced surgical technique whereby the doctor removes the cancer bit by bit and viewed under a microscope while the patient waits) over a skin graft as skin grafts tend to be very noticeable," Lauren then explained.
But after the removal, Lauren then had to undergo flap repair surgery after she was left with a hole in her nose.
Warning: graphic image below.
Needless to say, the overwhelming situation took its toll on Lauren.
"The second pic was taken straight after I removed my bandage. I remember crying so much but then thinking 'Far out I'm lucky I caught it when I did or I might not have a nose at all, or even worse, might not be here today to tell this story!' I always try to look for the positives in every situation," she confessed.
WATCH: Lauren reveals that the producers made her say she was a lesbian on the show. Post continues...
The makeup artist ended with a plea for people to not ignore changes to their skin and seek professional help.
"So kids, adults and all the above PLEASE if you notice even the slightest change to your skin book in with a dermatologist ASAP! Don't risk it, don't wait or it may be too late."
Her followers were quick to comment with support and their own experiences, including some from her MAFS costars.
Nic, who revealed his testicular cancer had returned just months after filming posted, "F---ing hell Loz. Hope you're okay now. Gosh that is scary. I need to get my skin checked more regularly. Thanks for raising awareness xx"
Sarah Roza, who starred on the show back in 2018, also sent her well wishes.
"Oh wow!!!! My goodness... thank your lucky stars @laurenhuntriss you've caught it early!!! 🙏🏼🙏🏼🙏🏼 So, you didn't find love on #MAFS honey but maybe your greater purpose for being on MAFS was to use your new public profile to help others & bring a huge awareness to this very important health issue? I truly believe that everything happens for a reason & thankfully you may now have been an integral part in saving someone else in the near future from skin cancer! #thankyou #fate #goodvibes 🙏🏼❤️"
According to Cancer Council Australia, approximately two in three Australians will be diagnosed with skin cancer by the time they are 70 and signs to look out for include: