A former politician, David's legacy is that he does not mince his words.
You'd never have to ask "What does David Oldfield really think?"
When he entered the South African jungle for I'm A Celebrity Get Me Out Of Here with his wife Lisa Oldfield, feathers were considerably ruffled.
The former One Nationer may have lasted a week, but it turns out there's a whole lot more to David Oldfield than meets the eye.
In a very refreshing and candid chat, Now To Love spoke to the latest jungle evictee and nothing was off topic.
From his views on his "dysfunctional marriage", how it affects his two sons, to Pauline Hanson and her new memoirs and of course that now infamous jungle rumble with comedian Fiona O'Loughlin.
Without further ado, we bring you David Oldfield – fresh out of the jungle!

Thoughts on being evicted

How does it feel being out?
Look I would have happily stayed. The only positive about me being out is I get to go home to the kids and animals.
If you stayed longer do you think Australia would have got the chance to see a different side to David Oldfield?
It's hard to say.
A lot of people [pauses] my detractors would point and say "This shows how [un]popular David Oldfield is!"
The fact is- I was the last person in with Lisa. All the relationships and the "rusting on" if you will – that's all happened for the campmates for over a month.
That's a hard thing to crack.
And when you're outspoken – for me that's being normal – it's hard to tell.
A little more time maybe I would have overtaken a few people, but honestly it's not the sort of thing I thought I'd be getting right to the end.

David Oldfield's thoughts on his marriage to Lisa

You have a rather – as you'd put it – dysfunctional relationship with Lisa. Watching, we saw there's a lot of light and shade with the two of you. Is what we see exaggerated or bang on?
When it comes to the moments in our relationship – if the dysfunctional aspects are exaggerated – I think the "exaggeration" element is in the mind of the people that hear us.
And then they take it to the next level.
A good example of this was my final comment to Lisa as I left the jungle: "If you see the leopard leap in front of it!"
This has been taken like [sic] "What an awful human… He wants his wife dead!"
What sort of numnut would think I actually want her dead.
[Laughs] I'd only want her seriously harmed not actually dead. As if I'd want to risk the life of leopard!? The RSPCA would be onto me straight away!
There'd be GoFund me pages to stop David Oldfield from committing animal cruelty.

David talks about his two stars: sons Harry and Bert

Clearly that teasing and banter with your wife is something that works in your relationship. You mentioned that the drama can be from how others perceive you. On Sunday's episode Fiona said that you and Lisa need to think about changing the way you communicate and fight with each other for the sake of your sons. What are your thoughts on that?
It became evident to me quite a while ago that if we are going to fight in a serious way then it's best we don't do it in front of the children. There have been times where I've removed them from those sorts of situations.
I think in some respect we try not to do that in front of the kids.
By the same token, our kids are both pretty fiery as well because there's a level of DNA passed down. [Laughs]
I don't think they're impacted very much by it.
The boys are 5 and 7 and there are certain things you can teach them.
This may seem contradictory to me and how people see me but I've ingrained into them that they're never to harm or never kill anything if they don't have to. Whether it's an ant or a spider- we pick it up and move it out of the house.
I've told them emphatically that they must never, ever, ever hit a girl. That is just not done.
Some people might think [given how fiery they are as couple] what are the kids learning about domestic violence.
They may see us argue from time to time – a bit less these days.
But those kids are taught in the most incredibly largess fashion to love and to always defend and look after animals.
They are to never ever become physical with a girl.
They're taught to always move away.
I've been teaching that to them for years.
I would think generally – the view of me from my detractors, they couldn't imagine that I'm teaching my children those things.
When my kids say anything to me that is vaguely discriminatory towards anybody I tell them "You're not old enough to form those sorts of views. Do not speak like that!"
Whereas I suspect people think that the things I believe, I'm pushing it onto my kids. And that's the complete opposite.
I believe them to be people themselves, they need a lot more experience and understanding to form real conclusion.
They are 5 and 7! I do not push what I am on them.
Did Harry and Bert understand that mummy and daddy went to South Africa for work to be on I'm a Celeb?
I don't know if they understand it's for work.
I've tried very hard to teach them the value of money and there will come a time when they get a job and then people will give them money.
They have seen us do this sort of thing before.
I did get a message saying they both miss us. It's the first time we've both been away together –usually one of us is with them.
I just got a very sweet sad message from one of them saying I was the best daddy and he misses me. You could see in the message he was so sad!
He wrote "I wish your daddy was alive but I know he's dead! I'm sorry". He was just so sad and filled with love.
As to them understanding what we do for a living – I took the boys grocery shopping and we were in the checkout line and Harry turned around and told the person next to us
"My mum's a real housewife!"
[Laughs] Lisa wasn't even with us!

On that fight with Fiona

You had many colourful moments but your run-in with Fiona is now infamous. Do you think you got your views across to her?
I don't know Fiona very well but the little that I do – on that particular subject it would be hard to keep her emotionally calm to convey facts to her.
She's not a person who could have her mind changed.
The sad thing is her mind has been made up not through any factual information. It's through myth and propaganda – which is how many Australians make up their mind about a lot of things.
Her son works in that area as well, so even his views would be coloured.
Agree to disagree?
Well we couldn't get there with Fiona because she's too emotive about it.

This is very bizarre timing but Pauline Hanson is releasing her first book in 11 years about her views, and her life. Any thoughts on the matter? Will you be reading it?
I'll probably only read the bits that relate to me so if I'm asked a question about it I'm aware.
For me, any reading of that book would be for research.
It's hard to imagine there would be references to me this time around that there was last time. We haven't had anything to do with each for years.
In reality I shouldn't come into it at all!
Do you have any feelings towards her as a person – positive or negative or is she just someone from your past?
I was actually hopeful and supportive…
What needs to be understood – it's the movement of things that I believe in that I support rather than individuals.
It's my ideological beliefs that I'm loyal and true to – not the individual people that are wrapped up in that.
When Pauline first came back into the scene I even wrote articles being quite positive about what it could mean.
She's a terrible disappointment.
Basically Pauline has taken the hopes of a lot of people and turned it into a personal advancement of herself.
That's where I sit. So no, I don't feel very positive towards Pauline.
I don't think she's doing the job that even the people that support her and want her to do.
And I think it's all absolutely 100% about Pauline and quite frankly how much money she can make out of it.

Before and After the jungle

Have you lost any weight?
I would have liked to stay longer because it was really making me fitter!
I didn't really have much weight to lose as I've been on a health kick but I know I've lost precisely 2.5kgs. 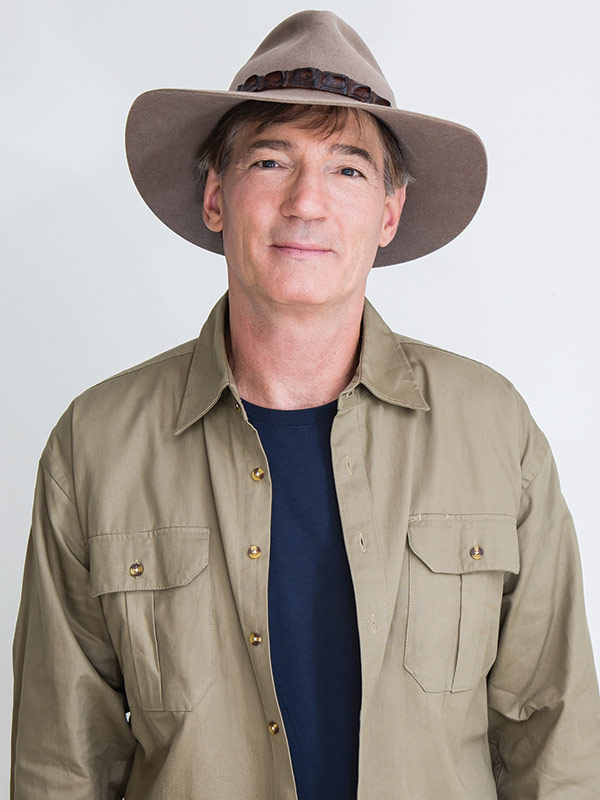 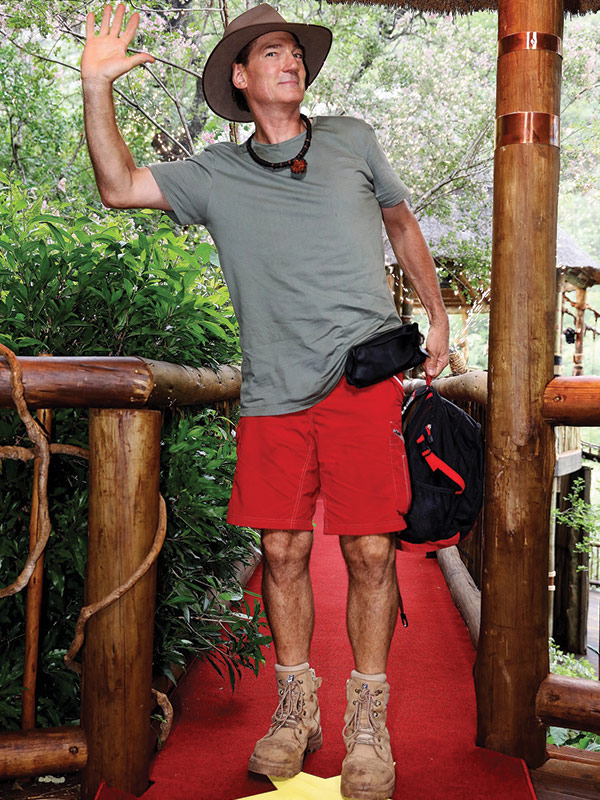 David Oldfield on his time in the jungle

From your time on the show was there any experience or moment that was really good and something that you'd happily forget and leave in the jungle
Let me give you three things:
Did you become close to anyone that surprised you?
I'm never surprised by liking people- I can be surprised by people!
I thought I would like Shannon. I've interviewed him in the past and he's written a song about his dad that really resonated with me. I cried when I heard it. I had a natural gravitation towards him.
I didn't know anything about Josh but within 24 hours I found out we had stuff in common from horses, he's into camp drafting.
We've talked about getting together and having a ride when he gets out!
If circumstances were different we also spoke about doing a safari together.
I liked him! He taught me some ab exercises without straining other parts of my body that suffers injury.
I really like Danny Green! He's a straight shooting, classic example of an old warrior. It's almost like he lives by a code.
There was no one I didn't like! Not even Paul or Fiona.

Who will be crowned King or Queen of the jungle?

Who do you think will win? Do you think Lisa stands a chance?
Some might think this is a politician's answer but out of the girls Vicky or Simone.
Out of the boys it would be Peter, Josh or Shannon!
With Lisa I don't know how long she'll last but I think she'd do better than people think.