If you were a Channel Seven personality in the early noughties, chances are you were on Dancing With The Stars.
The reality show was a rite of passage for up-and-coming celebs looking to be exposed a mass TV audience and boost their media profiles.
Some of Australia's most-loved household names did a stint on Dancing With The Stars, and while they might have worked their way up the foodchain into huge acting roles or big hosting gigs, we're not going to let them forget where they came from.
To celebrate the premiere of the brand new series of DWTS next week, which now airs on Channel 10, we take a look back at all the Aussie celebs you forgot were on the show.

Yep, that is a baby-faced Chris Hemsworth.
The hunk we now know as Thor was once just a young, up-and-coming actor on Home & Away.
And while he might be one of our most successful exports and one of the highest paid actors in the world, back in 2006 (pre-Elsa Pataky), he was just another young soap star with two left feet.
His dancing was so bad, that it actually almost cost him the role of Thor, Hemsworth said.
"[Marvel Studios president and producer] Kevin Feige said that almost lost me the job," Hemsworth told BBC Radio 1 in 2017 of his terrible moves on Dancing With The Stars.
"[He said] 'We all saw your audition, we were passing it around the office, and everyone was really into it. And then a few of the girls started Googling your name and up came this dancing video and I thought, oh no, Thor dancing? I don't know, the fans are gonna eat us alive'," Hemsworth said.
"It made me more nimble on my feet, I guess," Hemsworth joked.
"I needed to be with the cape. You might see a bit of that Dancing With The Stars quality in Thor."
Even his dancing partner Abbey Ross said she still gets asked about Chris Hemsworth from strangers.
"I'd have thought by now it would be old news. It's been over 10 years! But Hemsy's career, profile and public adoration continues to grow. I'm constantly tagged in social media posts of him, usually shirtless," she wrote for Mamamia.
"People ask me strange questions about him and they all want to know if I've met Miley Cyrus. Unfortunately, I have not (sigh)."
Abbey says she has nothing but good things to say about Chris's personality - but not his dancing, unfortunately.
"He was no good at dancing, but ... my experience of Chris Hemsworth was always positive," she wrote.
"A superhuman with a bloody good work ethic, a happy disposition and a big heart. He grew up in a beautiful family and to my knowledge, he has everything he's ever wanted. And after all his success I'm sure he's still that down to earth bloke with a pocket full of dreams."
Watch Chris strut his stuff in the video below

Back when Bec Hewitt was still Bec Cartwright, the former Home & Away star appeared on DWTS - and she shimmied her way through to the end of the competition and took out the main gong.
This was just about year before she tied the knot with her then-boyfriend Lleyton Hewitt, which whom she now has three children.
Fun fact: Bec's dancing partner Michael Miziner is now married to model and Myer ambassador Rachael Finch, who he met on Dancing With The Stars in 2010 and married in 2013. Cute!
READ NEXT: All the past winners on Dancing With The Stars

The founder and leader of political party One Nation starred on the premiere season of DWTS and she actually killed it, coming in a close second to Bec Cartwright.
Since then, Hanson has been no stranger to reality shows, later starring on Who Wants to Be a Millionaire and Celebrity Apprentice.
READ NEXT: Meet the cast of Dancing With The Stars 2019

Remember that time when Lara Worthingon was still Lara Bingle? Those were the good old days.
In 2011, she had just split from cricketer Michael Clarke and hadn't yet met her now-husband, actor Sam Worthington.
The Bingle was still swanning around Bondi with her bestie Hermione Underwood, filming episodes for her reality TV show and rocking those iconic blonde locks.
Her time on DWTS wasn't without controversy. Halfway through the season, she was absolutely roasted by judge Todd McKenny, who basically called her dumb.
"She seems to think the world owes her a living," McKenney said at the time.
"Poor thing came on the show not expecting to be criticised. But, unfortunately for her, that's what the show is about. Look, we're not just there to heap it on contestants.
"We, as judges, are there to offer the dancers constructive criticism, peppered with a bit of humour. To be honest, I don't think Lara is bright enough to understand that."
Brutal!
And while the very-chic Lara would probably like us all to forget about her little stint on Dancing With The Stars, we have the video evidence below.

Our fave Home & Away gal Ada Nicodemou absolutely slayed during the 2005 season of DWTS, taking home the winner's trophy.
Also, can we talk about how this stunning 42-year-old literally has not aged in the 14 or so years since she appeared on the show?
Swipe below to see Ada in 2005 compared to Ada now. 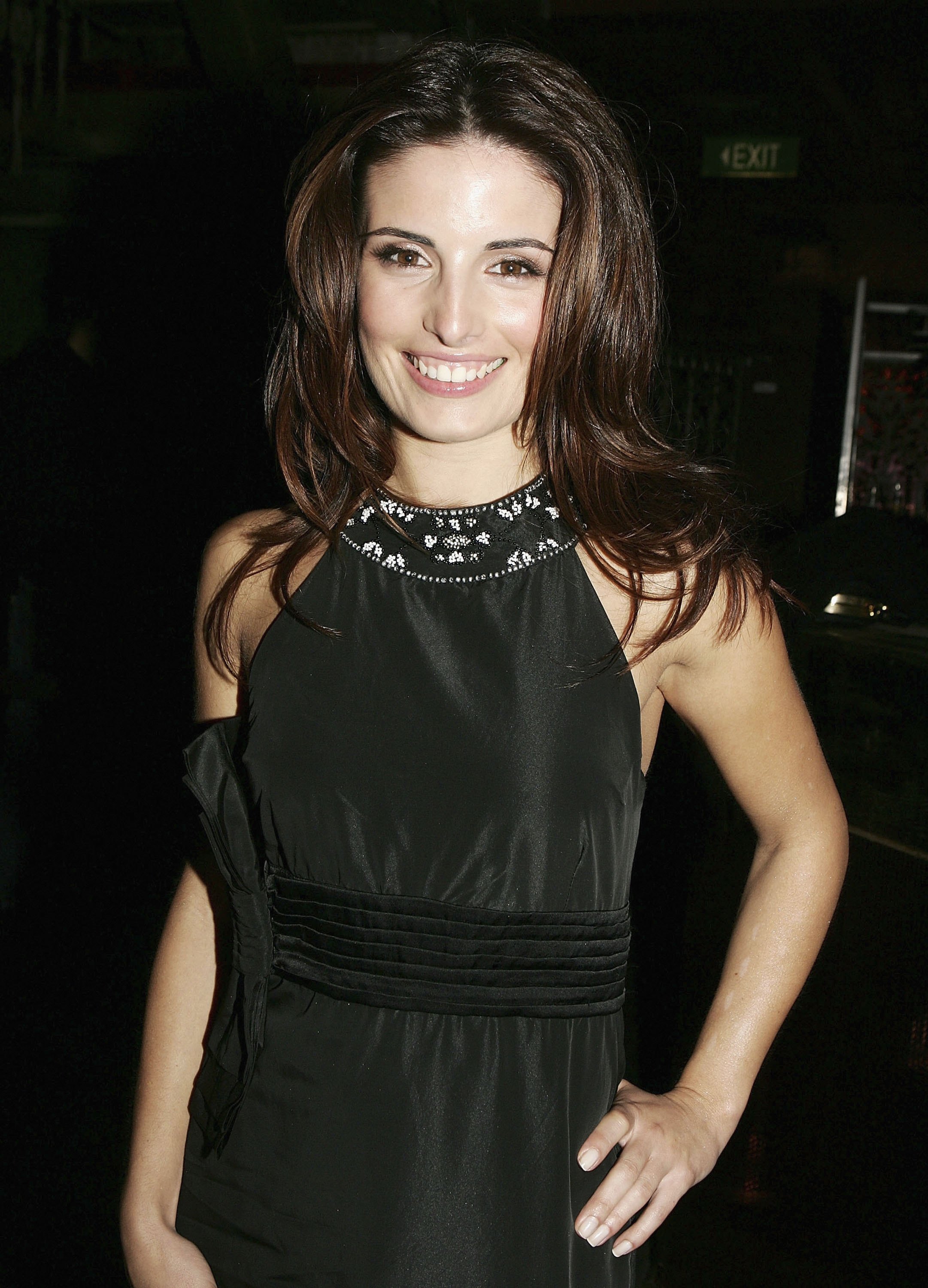 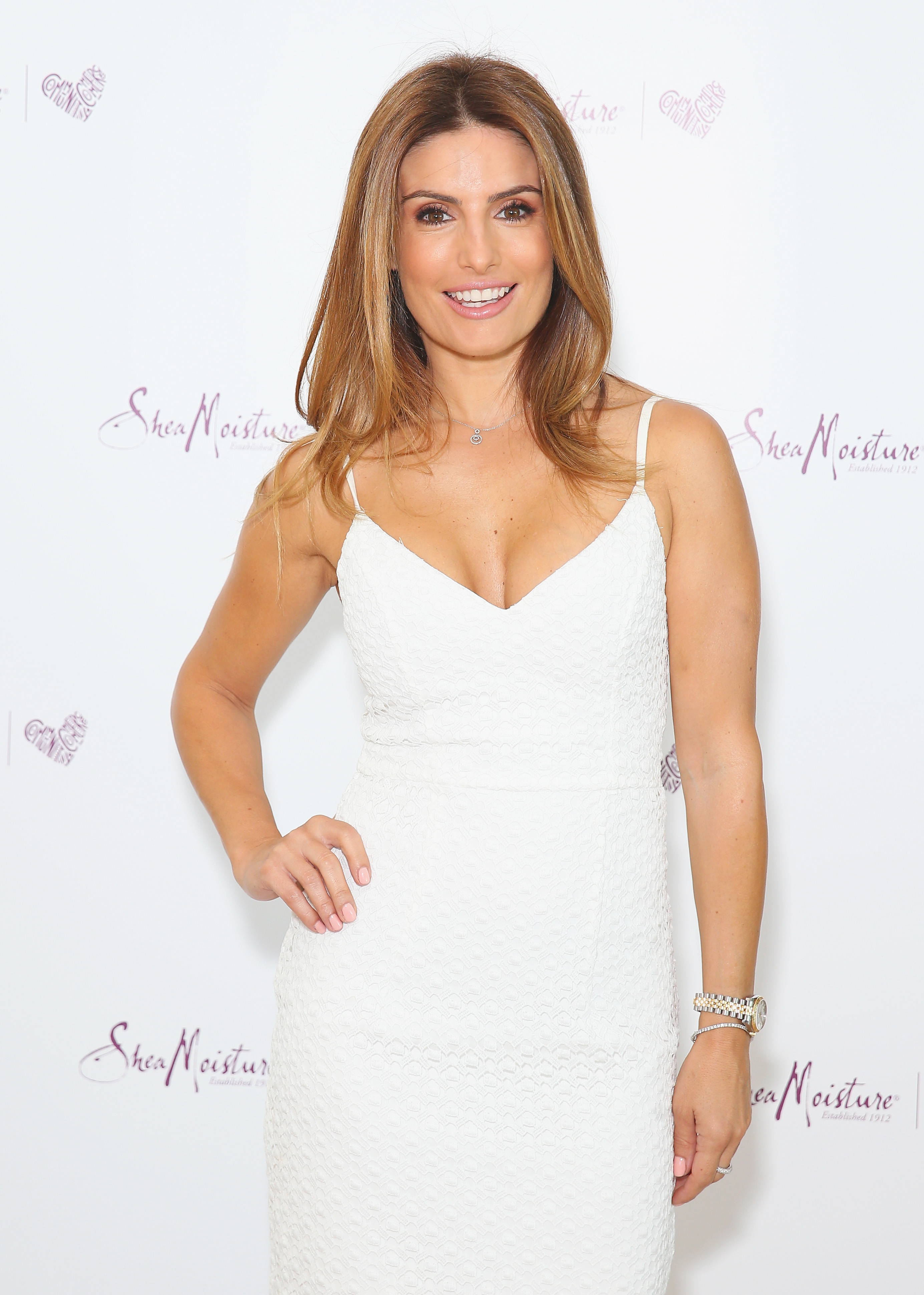 The Chains songstress signed up for the 2013 season because she'd always wanted to learn how to dance properly.
''I have always admired the discipline of dance but never trained, so I thought this would be a great opportunity to learn to dance," she told the Herald Sun at the time.
"I'm also psyching myself up for the body pain, that's about to slap me in the face. 'I'm a singer and a musician, definitely not a dancer. But I'll give it a shot."
Tina's hard work paid off - she made it to the grand finale but was beaten by Aussie magician and the season's underdog, Cosentino.

Grant Denyer is coming back to our screens as the host of Dancing With With Stars in 2020, along with Amanda Keller.
Fun fact: Both Amanda and Grant were once contestants in the show and Grant actually won his series in 2006.
The grand finale came down to the wire, between Denyer and boxer Kostya Tszyu, but he was able to bring home the trophy after 10 weeks of intense training.

The popular radio host narrowly missed out on winning the title during her 2005 season, coming in second to singer Kate Ceberano.
Fifi actually suffered a terrible injury on the show, tumbling headfirst down the stars during a routine rehearsal. When the show went live a few hours later, Fifi tearfully explained she had hurt her ankle and was on pain medication.
But the injury didn't stop Fifi - she still sailed on through to the grand final.

The former McLeod's Daughters actress was universally praised by the judges during her season in 2007.
"I think you are clear cut in this competition," judge Mark Wilson said during the grand finale, while judges Helen Richey and Todd McKenney described Bridie's moves as "hauntingly beautiful", "clever and stylish".
"I want to give you 12," Wilson said. "I think what you shared with us is beyond what we have seen in any series."
Bridie eventually beat comedian Anh Do and took home the winner's trophy.

The ex-wife of actor Russell Crowe and her dancing partner Damian Whitewood caused controversy with their DWTS appearance in 2012, due to intense media speculation that their connection was responsibe for ending Spencer and Crowe's marriage.
While Crowe and Spencer were still married, she was photographed arm-in-arm with her dance partner at the Star's Marquee nightclub.
"They ordered drinks and, from then on, they were locked together in conversation. They didn't leave each other's side all night," The Daily Telegraph reported at the time.
They were rumoured to be spending lots of time together outside rehearsal period, which led to Crowe making a surprise visit to the set of Dancing With The Stars to say hello to his wife.
It later emerged that Crowe and Spencer were separating, but Whitewood has denied any involvement in the breakup.
Whitewood tweeted at the time: "Wow!, Sad and crazy news day full of rumours I didn't ask for!"
Crowe and Spencer have two children together, Tennyson and Charlie.
READ NEXT: All the couples who hooked up on Dancing With The Stars

In 2006, just two years after she was crowned Miss Universe Australia, Jennifer Hawkins was on Dancing With The Stars.
Her time on the show proved to be very successful in boosting her media profile. Just a year later in 2007, she signed a reported $4 million deal to be the face of department store Myer.
Last year, Jen left her ambassador role after 12 years and is now focusing on her tequila line Sesion with husband Jake Wall, and the couple's gorgeous baby daughter Frankie.

Myer ambassador and Channel Seven host Rachael Finch met her now husband Michael Miziner on Dancing With The Stars in 2010.
It was love at first sight for the pair, as Rachael explained in her 2016 book Happy, Healthy, Strong.
"I had no clue who my dancing partner was going to be. I walked into the room and my jaw dropped – before me stood the most attractive man I had ever seen," Rachael wrote of the first time she met Michael.
"I just remember walking in and thinking, 'He has got to be gay!' I was instantly attracted. He had such a beautiful aura and all I could think was 'OMG!' So during my first dancing lesson in an unfamiliar room with an incredibly attractive man and feeling so out of my element, I started to fall in love.
The couple took things very slowly, and tried to hide their relationship from the public.
"We got very close very quickly, although we didn't share our first kiss for several weeks – which is something I valued early, because it made the relationship even more special.
"We tried not to show affection on Dancing with the Stars and to keep our blossoming relationship under wraps – until a paparazzi snapped us holding hands outside a rehearsal studio one afternoon. Hehe! I had the most magical time on the show, getting to meet such an incredible person and discover my love of dance."
Now the couple have two children together, Violet and Dominic, and she has her own dance-inspired exercise program called Body By Finch.

After splitting from her husband of 21 years and father of her children, Karl Stefanovic, in a very messy and very public divorce, Cass decided to try something new and threw her hat into the ring on DWTS in 2019.
She was paired with a sexy Italian dance partner, Marco, but although they had sizzling chemistry, the same could not be said for Cass's dance moves, which were ... average, unfortunately.
The 48-year-old was kicked off the show pretty early on, but said it "wasn't a shock" that she left DWTS so soon, especially after brutal feedback repeatedly from the judges.
"I wasn't doing particularly well, but that's OK, I gave it a go," Cass said at the time.
"Getting out there that first night, I was really struggling with stage fright. It was really challenging. You're doing something that's completely out of your comfort zone and something I wasn't particularly good at.
"But I got far more out of it than I expected to, especially mentally and at an emotional level."