Any time one of the Kardashian Klan uploads a photo of their kids, we find ourselves squealing with joy.
So when Kim Kardashian shared the first up close and personal pic of her newest bub Psalm West, you can bet the squealing was off the charts.

In a post to her 141 million followers, the mum-of-four shared an adorable snap of her and husband Kanye West's fourth child, simply captioning it, "Psalm Ye."
Dressed in an adorable white onesie with his hands behind his head, little Psalm looks so peaceful, but fans were quick to notice that he looks a lot like one of his siblings.
"Looks just like Chicago!" one follower commented on the photo.
"oh my god 😍 Chicago's double," another wrote.
"He looks just like Chi ❤️," said one more.
We think so too, swipe across and see for yourself! 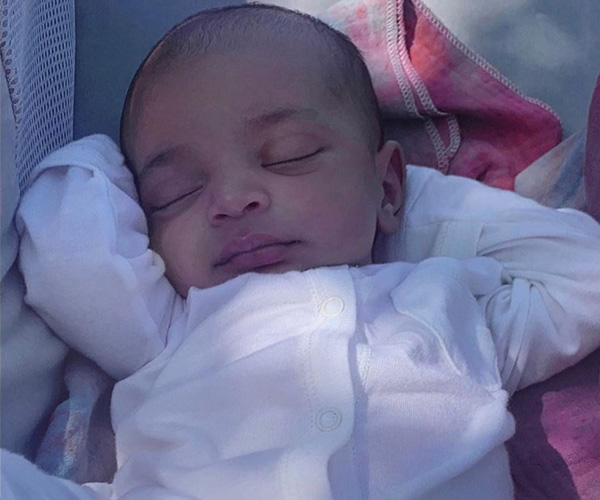 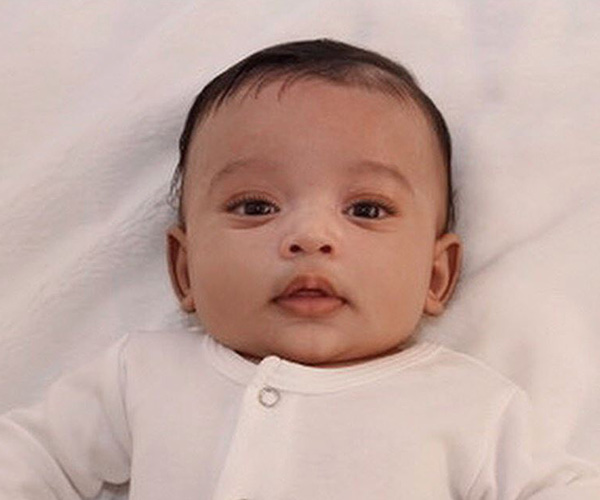 ← Slide →
Of course this adorable snap of sleeping Psalm is a lot less controversial than the last one Kim uploaded.
Our first glimpse of the youngest West child was via a tweet where Kim shared a screenshot of husband Kanye's Mother's Day message, taking the opportunity to announce her new baby's name to the world.
And while we all expected an unconventional name, it was Psalm's sleeping arrangements that caused the most outrage.
"Anyone else freaking out about all the blankets & bumpers?! American Academy of Pediatrics recommends keeping the crib free of blankets & pillows until baby is 12 months old, as these can create a suffocation hazard," penned one concerned onlooker.
"Please follow safe sleep habits. It can reduce the risk of SIDS. Everything about this picture causes me anxiety. #SIDSAwareness #LostMyDaughterToSIDS #LoveTheKardashians" begged another.
For more information on SIDS and sleeping for babies, visit Red Nose Australia.
WATCH: Kourtney Kardashian reveals Kim's baby bombshell to Kris Jenner. Post continues after video...
Psalm was born via surrogate on May 10 and is the youngest sibling to North, five, Saint, three, and Chicago, one.
Kim officially announced his arrival on social media, which featured images of her baby shower that she celebrated with her nearest and dearest.
"We celebrated our baby boy about a week ago and now he's here! He's so perfect! Here are some pics of my CBD baby shower. I was freaking out for nothing because he is the most calm and chill of all of my babies so far and everyone loves him so much."