If you're wondering who Australia's next tennis legend is likely to be, look no further than Cruz Hewitt, who is already proving he's one to watch after his latest achievement.
Indeed the son of Aussie tennis icon Lleyton Hewitt has reached his very first tennis career milestone.
At the ripe old age of 10, this is no small feat - and proof that he's going to be just like his dad!

Taking to Instagram on Thursday evening, Cruz's proud mum, Bec Hewitt shared the exciting news.
"Way to go Cruza!! So proud of your hard work! 💪🏼👏🏼 @cruzhewitt #firsttitle," she wrote.
In the picture, Cruz is seen doing what many tennis legends that have gone before him have done - kissing his revered trophy.
Cruz also took to his own Instagram to share the exciting news.
"So pumped to get my 1st title. Thanks everyone for the help and support," he wrote.
In a series of images, Cruz is seen holding his trophy proudly alongside his famous dad - who also shared the news on his own Instagram page.
"So proud of my lil' mate," Lleyton penned.
He also added the hashtag "vamos", a Spanish phrase meaning "let's go" and often used by fans to egg on another another tennis legend, Rafael Nadal.
Winning his first title is a huge milestone for the young tennis star - his love for the sport has been clear from the get-go as Lleyton has involved him as much as possible throughout his long career.
And the proud dad has plenty of confidence in his son's abilities, previously saying he thinks Cruz will be ready for the Australian Open by age 14.
"Hopefully he gets a chance to play in this great event if he wants to. Hopefully he beats me," Lleyton has mused.
WATCH: Mia and Cruz Hewitt make their modelling debut. Story continues after video...
Young Cruz has also been quick to make his own connections within the tennis realm.
Back in November, he was photographed with his "big brother of tennis" Alex de Minaur.
The 19-year-old is the second youngest player ranked in the ATP top 100, and is sure to be a great role model for young Cruz.
And skilled at tennis or not - there's no denying Cruz takes after his father in looks as well.
In fact, fans have flocked to comment on the striking similarities seen in the various pictures shared by Bec and Lleyton.
"Like father, like son, well done Cruz," wrote one Instagram user after Cruz's big win.
"Chip off the old block. Watch this space," said another.
We can't help but agree! The difference between these two pictures below is all the evidence we need! 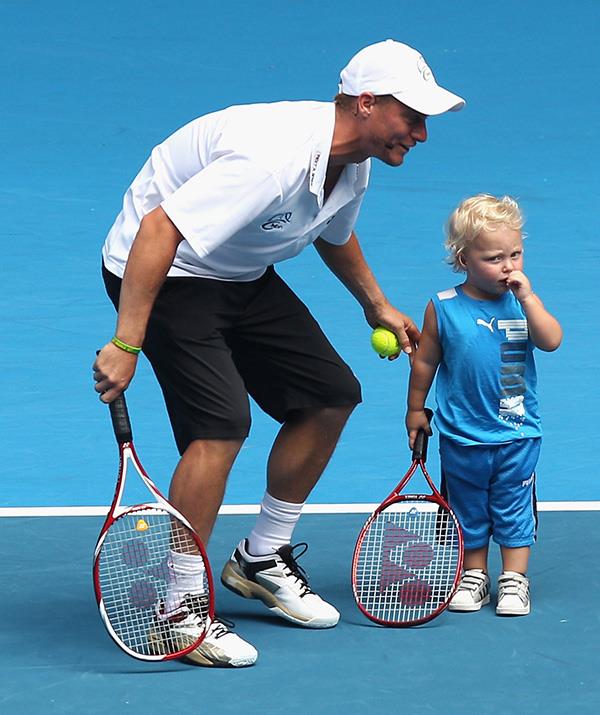 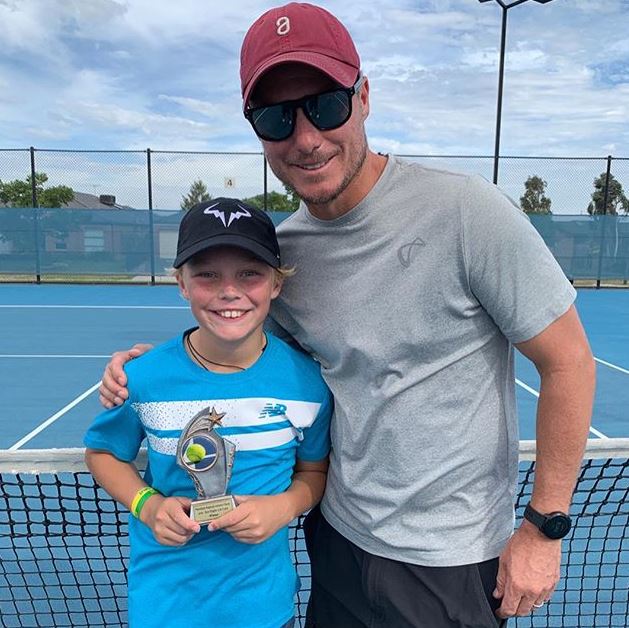