The saying "a picture is worth a thousand words" is pretty overused but today it holds enormous power.
In the aftermath of the Royal Wedding, Kensington Palace released three official portraits to commemorate Prince Harry and Meghan Markle's marriage.
Usually the images are a way to remember a joyous occasion.
But much like Meghan and Harry's entire romance - the three photos, taken by the couple's engagement shoot photographer Alexi Lubomirski, say a whole lot more than: "Hey, check out the genetically-blessed newlyweds!"
RELATED: 7 things you didn't notice about the official Royal Wedding photos
With just one blood relative standing by her side, beaming mother Doria Ragland, we've been reminded that despite her fairytale romance with Harry, Meghan's family situation is anything but.
And more importantly, that's completely OK.
Much has been made in the media of the fact there was only one family member at the Royal Wedding, with cruel judgy headlines blasting Meghan for not inviting more people from her extended family. However it's important to note, Meghan was the only child from a second marriage and by all accounts, was never that close to her half-siblings growing up due to a large age gap between Samantha Markle and Thomas Markle Jr.
In what should have been the most exciting week of her life, Meghan's rogue relatives marred the countdown.
From dad Thomas Markle having to pull out of the wedding after that embarrassing paparazzi scandal, to her half-sibling's relentless and disgraceful assaults on the bride-to-be - you'd have to be dead inside not to feel for Meghan Markle after the past seven days.
But throughout it all, Meghan's constant source of support was her beloved mum Doria.
READ MORE: Everything you need to know about Meghan Markle's family

In 2012, the ABS shared that there are 961 thousand one-parent families, making up 15% of all families.
And that's just Australia. You can just imagine the numbers across the globe.
Millions of people tuned in to watch the Royal Wedding this past weekend, thinking that if they were in Meghan's position their family representation would look very similar.
As someone who only has one living parent, my dad, I found Doria and Meghan's situation so relatable.
Your wedding is supposed to be one of the happiest days of your life, so why would you invite someone just so that your "family quota" is filled?
The quality of people in your life, whether it be blood or besites, trumps the quantity of family members sitting in a crowd.
Watching Doria sit proudly by herself on the bride's side of the church was a powerful moment that proves no family fits the cookie cutter definition - and at the end of the day, you should only surround yourself with the people you love.
One of my favourite take-aways from the wedding was summed up in a message from my father, who told me after watching Harry and Megs say "I do": "I've been your mum and dad for 13 years and at your wedding that will be more than enough to fill the room."
Doria did just that, and she is my new hero.
A few years ago, Meghan penned a stunning love letter to the woman she calls mum, which read:
"She was keeping me safe. She was teaching me to take care of my body. She was introducing me to history, and fostering a love of being outdoors. She was planting the seed for me to become a foodie. She was showing me how to be a daughter, not just in that moment, but for when I became that grown woman. For right now. And thirty years from now. She was loving me. So tightly."
"To all of the wonderful mamas in this world, thank you. For all the lessons, for all the love. For you," Meghan wrote.
"I love you, Mummy."

You make your own family

Unlike Wills and Kate's 2011 nuptials, Harry and Meghan's royal wedding seemed so much more "real."
The Cambridge's royal wedding was perfection and from the outside looking in, there appeared to be no huge problems.
It's what us "common folk" would expect from a wedding of that magnitude.
But for Harry and Megs - there were real, earth-shattering moments.
The public were given a front seat into some really messy family dramas. 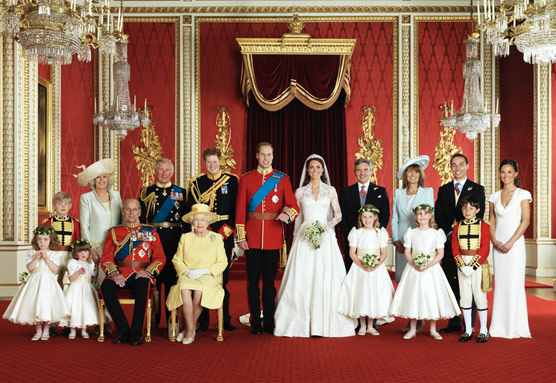 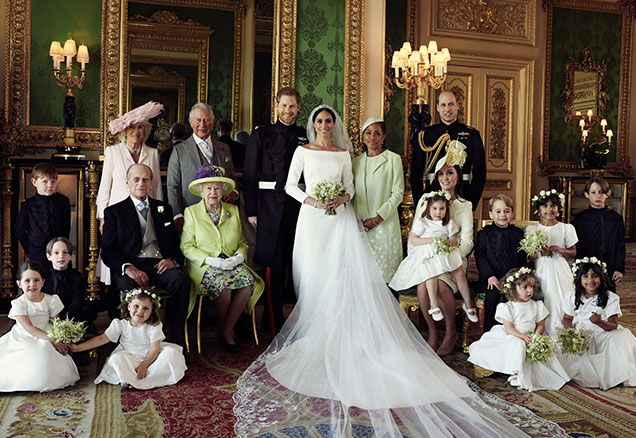 ← Slide →
My co-worker aptly shared that weddings have the strange power to turn some people crazy and bring out tense family dynamics.
But it also shines a light on the angels in your life.
Chatting to my own dad, who has been riding solo as my only family member for over a decade, he reminded me you create your own support system.
And the saying "blood is thicker than water" needs to be chucked in the bin.
He brought up the fact that while it's just the two of us, we're not lacking in the love department.
Our cup certainly runs full thanks to the incredible people in our life.
And that's the same for the new Duchess of Sussex and her adoring girl squad.
It was so incredible seeing Meghan's besties Jessica Mulroney and Benita Litt step in at the wedding and be there for the woman they love.
While Doria was her only blood relation in the royal portraits, the photos were filled with the kids of her "family."
From Prince Charles walking Meghan down the aisle, to the way he took Doria's hand and lead her out of the chapel, weddings are a reminder that you're creating a new family and Meghan and Harry's support network is one to be envied.
We also could see a brand-new family form through the royal portraits.
In another poignant touch, Prince William and Duchess Catherine were placed on Meghan's side of the photo - the royals are sending a message: There are no sides... We're one family.