Western Australian couple Luke and Jasmin felt the wrath of The Block judge Shaynna Blaze after she accused them of copying their entire children's bedroom.
"Inspiration is one thing, completely taking someone's idea and making it your own  is another," Shaynna, 57, said as she blasted the duo on the show.

"It's not fair on the other contestants that they can win  a room, with money, on someone else's ideas."
And while Luke and Jasmin denied they had copied their winning room, palming off the similarities as "inspiration", Woman's Day has uncovered the secret source behind the pair's "vision" – which extends throughout their entire house!
(Image L-R: Channel Nine, The Designory) 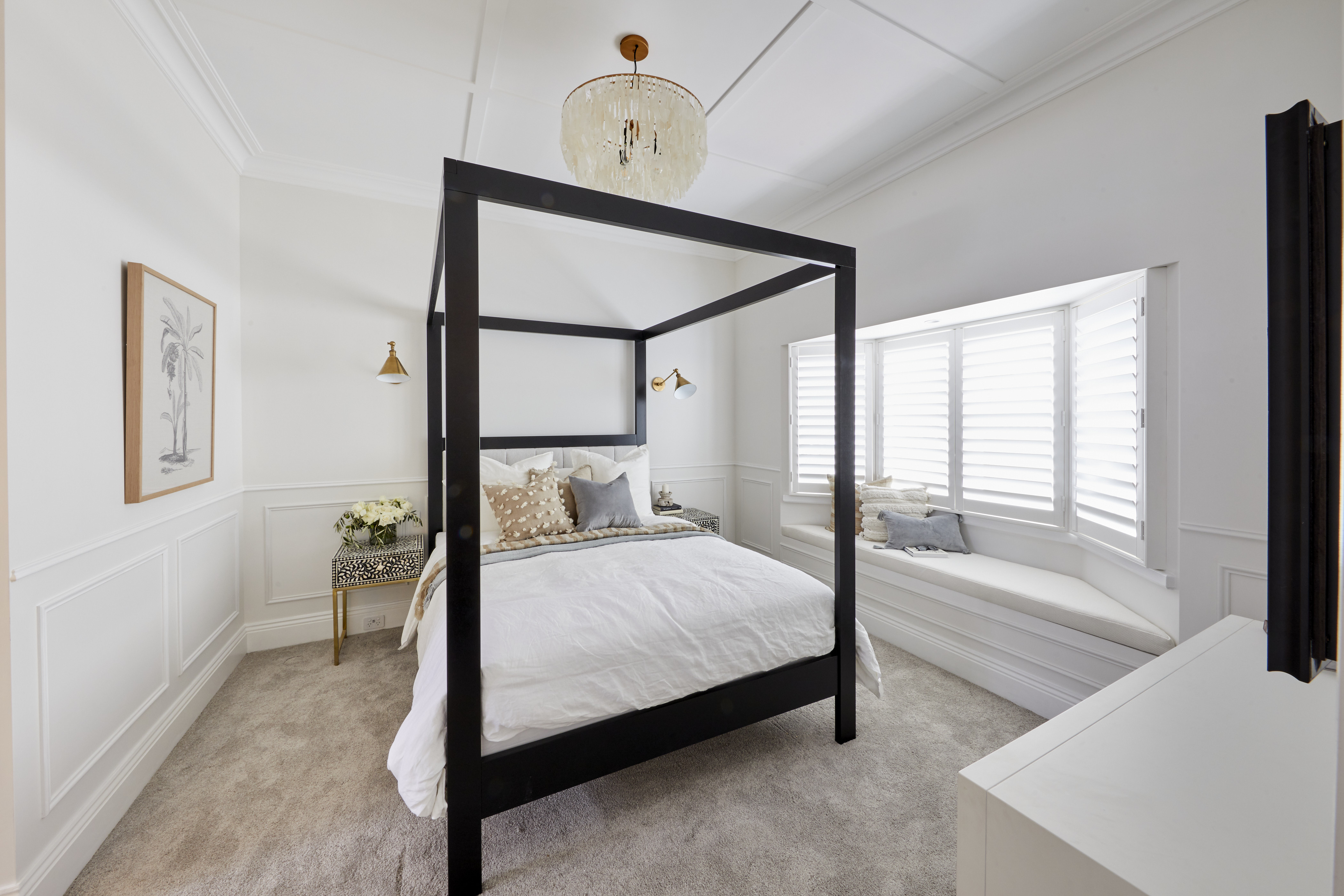 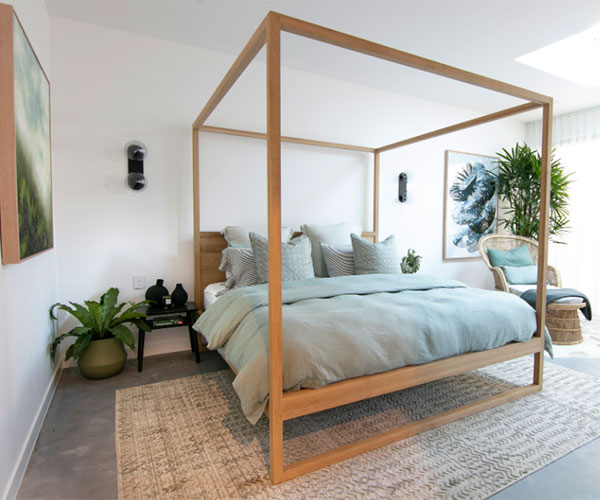 ← Slide →
Taking a scroll through Sydney-based design agency The Designory's website, fans can see striking similarities between the couple's 1910s house and the studio's The Barefoot Bay Villa home – from the wood-panelled kitchen and the arched bedheads and mirrors to the egg-shaped bath and box bedframes.
(Image L-R: Channel Nine, The Designory) 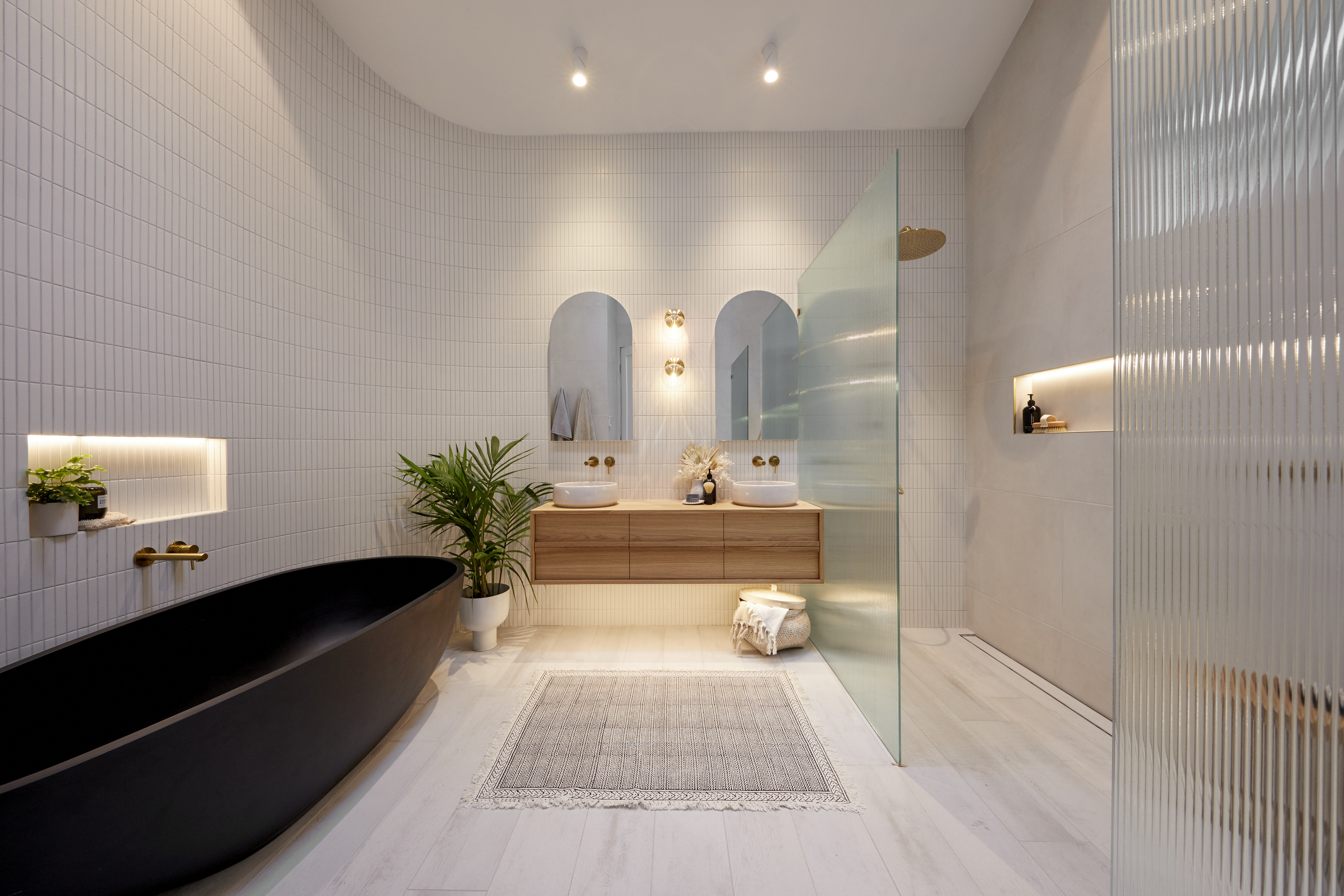 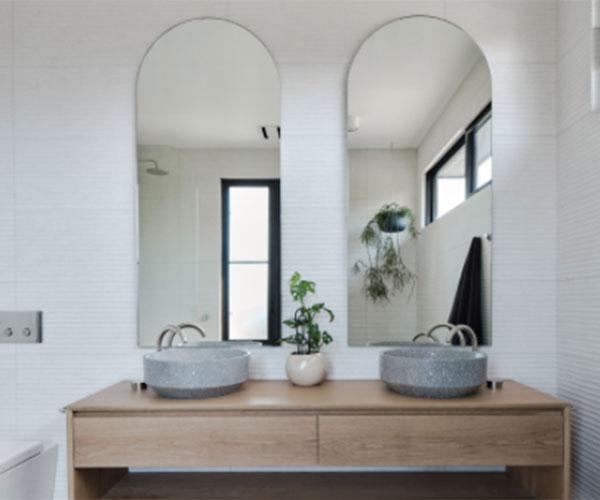 ← Slide →
After winning $10,000 for their kids' room, the husband-and-wife team took Shaynna's feedback onboard, yet the  new rooms they've created continue to borrow from images found online – the most recent being their divisive barn door, which was revealed to the judges last week.
But despite the obvious similarities, Luke and Jasmin, 36, are gobsmacked by the copying accusations.
(Image L-R: Channel Nine, The Designory) 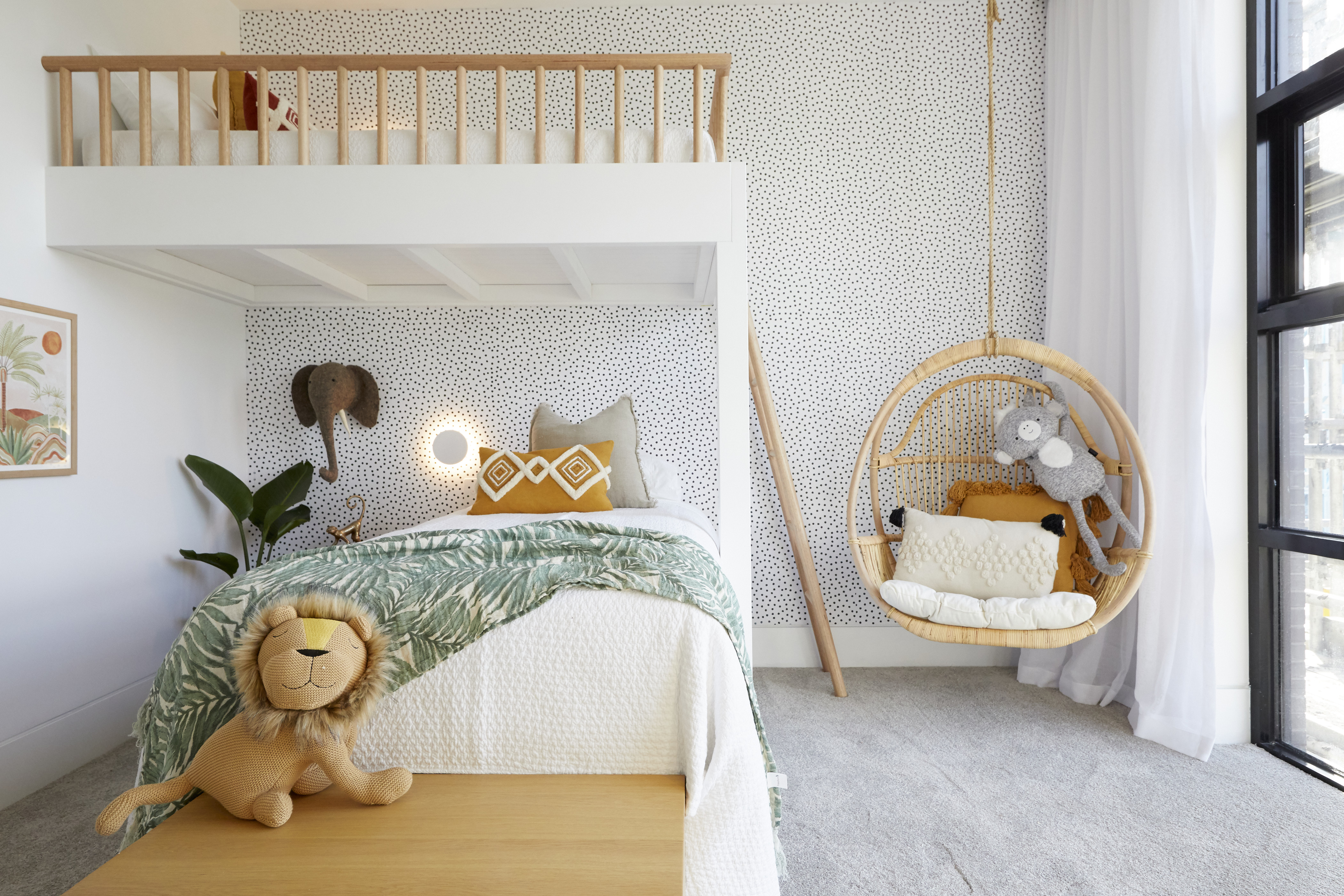 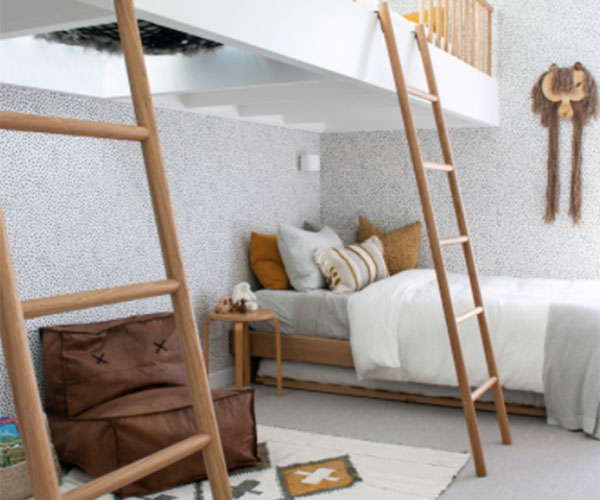 ← Slide →
"To come across as a copycat, it's probably the biggest insult you can get on The Block," 35-year-old Luke said recently.
Adds Jasmin, "Everyone's doing the same thing. You've just got to put in stuff you love."
(Image L-R: Channel Nine, The Designory) 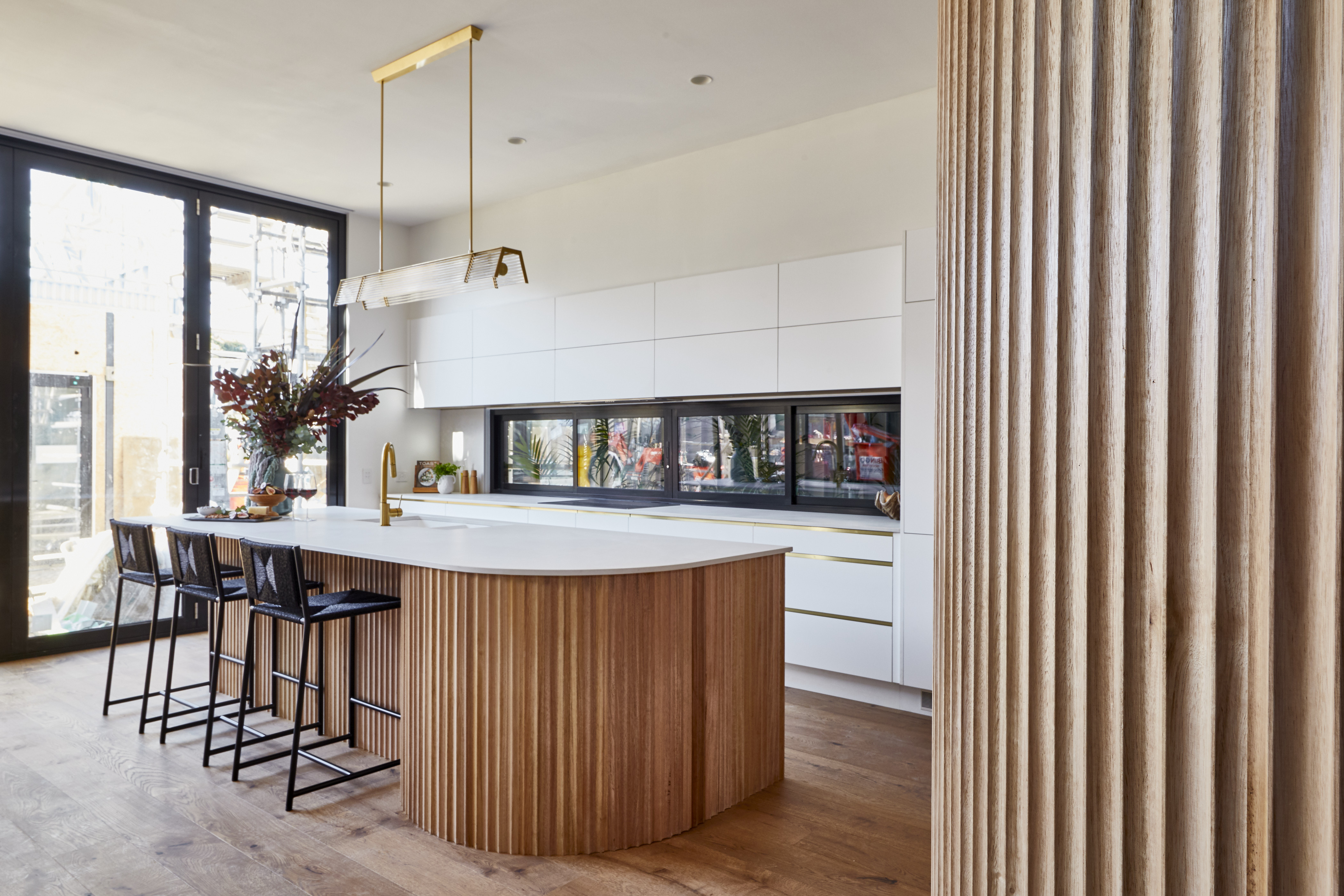 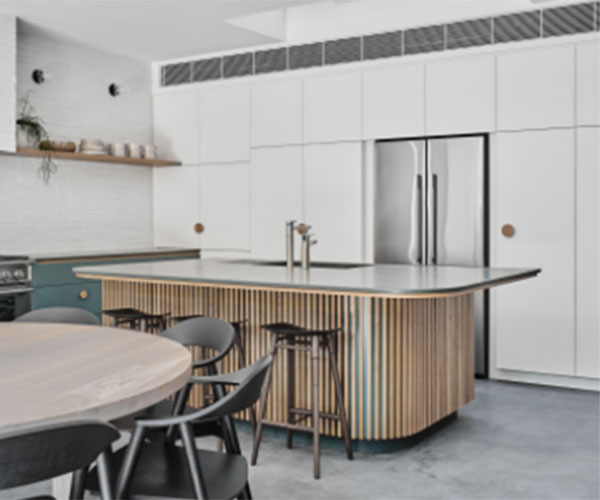 Is Bec Judd set to replace Shaynna Blaze on The Block?

Rebecca Judd is set to make a guest appearance on the show this week, and according to an on-set spy, producers were so impressed that they're scrambling to find a permanent spot for the 37-year-old.
"They thought she did an amazing job," the source tells Woman's Day.
"She has already proven she can hold her own on several TV shows and she'd fit in quite seamlessly."
Bec's appearance comes after reports Shaynna Blaze may walk away from The Block next year.