These days, Tziporah Malkah is looking a little bit different.
It was only two years ago that we saw her on I'm A Celebrity weighing 118kg - all while undergoing the rather testing challenge of being dumped in a South African jungle with no immediate prospect of a decent meal or comfortable nights sleep.
Oh how times have changed since...

Since being dumped in the jungle, Tziporah, who was formerly known as Kate Fischer, has undergone a transformation of epic proportions - shedding 50kg, no less - and it's clear that she couldn't be feeling better about it.
So what led to such a dramatic transformation from the reality star? Well, it all comes down to a very unexpected method.
Speaking to A Current Affair on Tuesday evening, Malkah revealed that she feels "absolutely amazing" since she lost the weight.
"I'm half of what I used to be," she said.
Back in the 90s, Malkah was an actress, model and engaged to be married to billionaire James Packer.
But the young starlet, who was thrust into the spotlight at such a young age, retreated when her engagement ended in 1998.
"Instead of rich, famous and beautiful, I was sort of poor, hiding away and morbidly obese," she said.
The now 45-year-old resorted to some drastic measures to get her body back in shape, even trying lap-band surgery, which is intended to decrease food consumption - but it didn't work for her.
But it seems her appearance on I'm A Celebrity changed everything.
After losing 12kg on the show, the motivated Aussie made a number of lifestyle changes and started working with a personal trainer.
See her incredible transformation below! 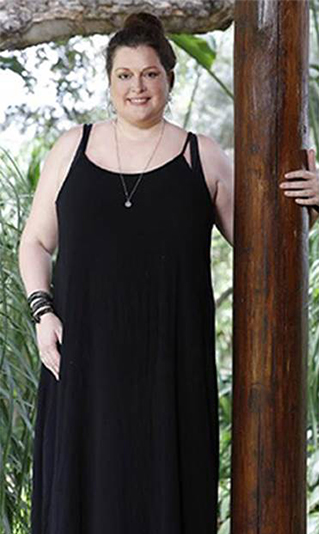 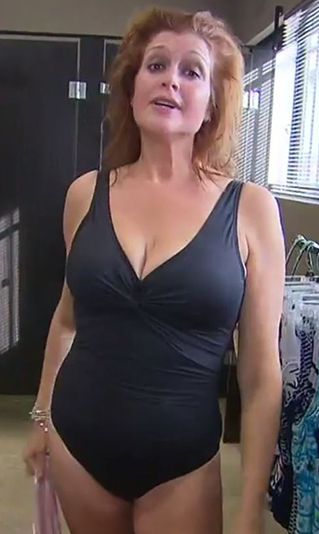 Turning to a hypnotist

Then, the most unexpected moment of all came when Tziporah turned to none other than a hypnotist, Mark Stephens, for help.
She said the pair identified that she was using food as an "emotional crutch".
Stephens also taught her a mantra to use when she went through the unhealthy food aisles in a supermarket.
"I don't need it, I don't want it, I won't have it."
Seems almost too straightforward, right?
Well, not for Malkah, who has dropped 10 dress sizes and now weighs exactly what she did during her modelling days - impressive.
As for her thoughts on former flame James Packer, who is now a similar size to Tziporah when she was at her heaviest, the revitalised 45-year-old only had one thing to say.
"No one was that sad for me when I blew out to that, everyone just called me crazy."
There's no denying it - Tziporah is certainly looking (and feeling!) on top of the world right now.
WATCH: Tziporah Malkah fantasised about getting back together with James Packer "for years" after their split: