Two nights ago, these actual words were spoken from The Bachelor Australia 2017 host Osher Gunsberg’s mouth: “Matty Johnson, I'm grabbing your Johnson.”
Although it was more cringe than Sharlene’s awkward exit, it also made for a classic, true blue Aussie reality telly moment.
Because that’s what The Bachelor Australia is all about (aside from MJ's quest for love and all that).
We don’t watch it to up-skill our intelligence. We watch it to fry our brain cells after a stressful day of adulting in the real world. It's the perfect escapism the whole country loves to get involved in.
And this year's season has delivered some of the most outright naughty, laugh-out-loud, sexually-charged moments…

When Matty and Flo did their best Ghost impression

Who knew Matty J was an award-winning potter?
Of course our Bachie has yet another secret talent and as Flo put it so perfectly "is good with his hands."
This was perhaps the raunchiest single date yet, complete with '80s-inspired porn music playing in the background, Florence Alexandra struggled to make a vase in their pottery class and instead produced a very phallic-looking ornament.
"It's long, which resembles... you know, one of those," Matty remarked as he made gestures with his hand.
Lucky Matty J was there to save the day and swoop on in from behind to rescue her creation.

Tara and her sausage

Fans fells even more in love with Tara Pavlovic after she refused to part ways with her sausage when Matty J summoned her for a one-on-one chat.
Instead of pretending she doesn’t love barbequed treats, the nanny didn’t think twice as she chomped on the tasty snag during their pow wow.
Naturally it didn’t take long for social media to light up with witty commentary on the very suggestive scene.
Relive the moment in the player below!
“Tara just having a bite of Matty’s sausage… yeah that’s not a metaphor,” one user wrote.
Her no-filter move paid off with the pair not only sharing the sosso, but also a meat-laced pash.
Never change Tara, never change.

Ahh, who could forget Florence and Matty’s truly unique date when the pair got molds of their hands made, which resulted in some rather questionable gestures as they tried to remove their limbs from the suffocating cast.
"Um, Florence, if you just want to let go of my hand," Matty laughed.
"I don't know how to. I'm stuck. I'm not kidding. I'm stuck," Flo explained.
Watch the hilarity unfold below!
"Florence, just let go of the hand. Come on, Florence," Matty responded.
Matty's ex-girlfriend Georgia Love aka last year's Bachelorette was so outraged by the moment, she took to social media to say she was "tapping out" of this year's show.
We’ll just leave these freeze frames here and let you fill in the blanks…

What better way to get to know your remaining eight girlfriends than using the guise of trying to pop a balloon to test out how your bodies work together.
Cue a lot of dry humping in a bid to get those pesky balloons to bloody burst.
"I didn't realise how hard it would be to pop a balloon, but they were in so many positions," Tara cheekily explained. 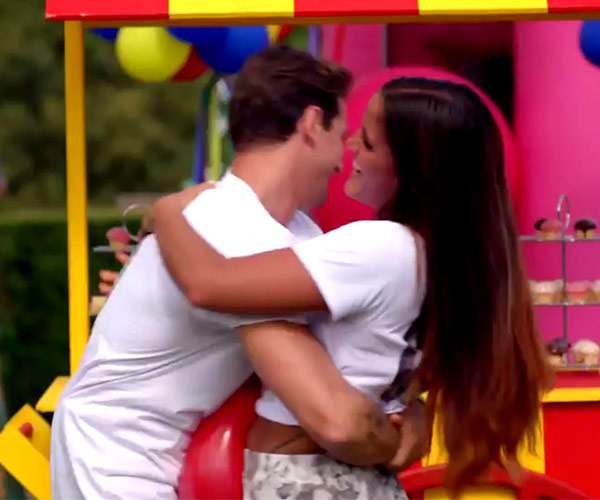 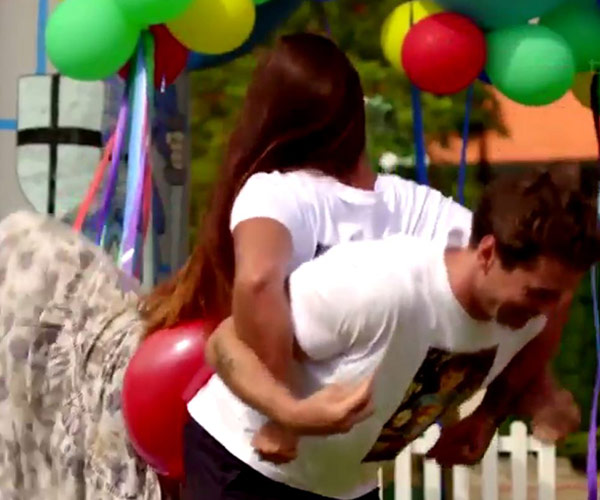 Pin the tail on The Bachelor

When you ask a group of Bachelorettes to stick love hearts on their favourite part of The Bachelor, someone is always going to take it to the gutter.
Enter the show’s most recent booted beauty, Simone Ormesher, who decided to pin her sticker on “Matty’s little manhood.”
“Everyone was putting it in lovely places like his ear and his neck and his eyes and his mouth and his hair. I'm like, ‘Oh, p--- off’ like, have a bit of a laugh with it!'” Simone explained.
After Osher muttered the now infamous line, “Matty Johnson, I'm grabbing your Johnson,” as he removed her sticker, the 26-year-old explained she picked his crotch because of the “nice little bulge” it always has when he wears trousers.
You can't argue with that...

The classic teaching someone how to play [insert sport here] is always a sure-fire way for some shameless flirting and body rubbbing.
At the start of the season, pin-up girl Lisa Carlton schooled young Matthew on the tennis court.
After admitting defeat, the 30-year-old enlisted Lisa for some hot tips for his clunky serve. Sticking straight to script, the pair were able to get nice and close to each other.