Pamela Anderson is no stranger to a new look - in fact you'd be hard pressed to find a celebrity who has been through more looks than 50-year-old Pammie.
But hey, after more than 27 years in the spotlight, there are bound to be a few changes.
Pamela first hit our screens back 1991 in Tim Allen's 'tool girl' Lisa on his fictional TV show "Tool Time" which was part of the real TV show Home Improvement.
In 1993, Pamela Anderson took the role of Casey Jean "C.J." Parker on Baywatch - which quickly made her a household name.
For the next five years Pammie would be rocking a red one-piece on the beach, an iconic look which would follow her for the rest of her career.
Pamela married Tommy Lee in 1995 and the couple eventually had two sons together, Brandon and Dylan.
Their relationship was filled with turmoil, from THE stolen sex tape to allegations of drug abuse and domestic violence the couple divorced in 1998.
Tommy, the drummer of rock band Mötley Crüe, and his rocker style had a strong impact on Pam's look at this time.
On top of reprising her role as C.J. in the 2003 TV movie Baywatch: Hawaiian Wedding and her very public relationship with Kid Rock, Pamela spent most of the 2000's throwing her energy into charity work, including stripping naked for PETA's anti fur campaign.
Her look didn't change much until 2014 - when she debuted a gorgeous pixie cut, which quickly grew into a short fringed bob (see both photos below).
As her hair grew back her makeup use diminished, think less rocker more beige chic. 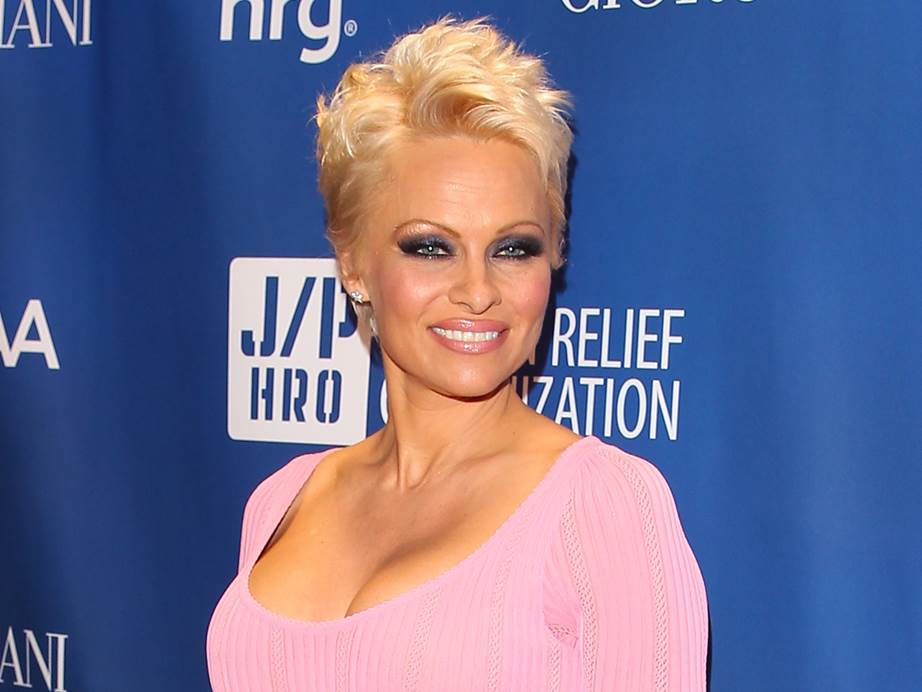 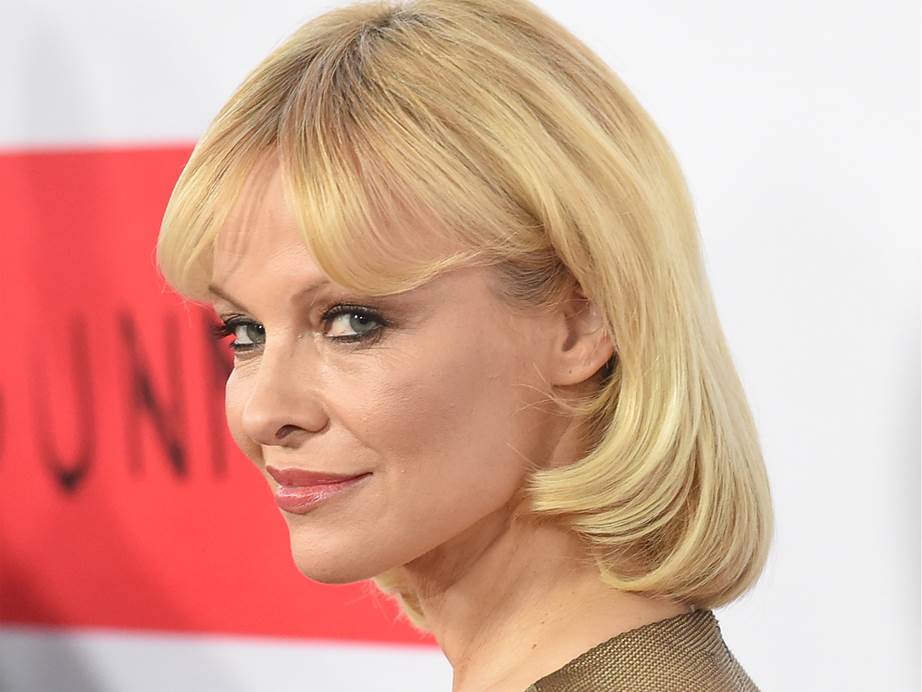 ← Slide →
And after years of change and celebrating her 50th birthday last year - Pamela Anderson seemed to be taking a step back from the limelight.
While she is currently romantically connected with french footballer, Adil Rami, her extremely strange relationship with Julian Assange has many speculating if the two are dating.

From the first time she was papped bring lunch to the Ecuadorean embassy in London, where Assange stays to avoid arrest for his work with Wikileaks, people have wondered about the pair's relationship.
Activist and fashion designer, Vivienne Westwood, a strong supporter of Wikileaks and herself a regular visitor of Australian born Assange, was the one who first introduced the unlikely pair, reportedly all the way back in 2014.
Assange has had many famous visitors since first being granted political asylum by the Ecuadorean embassy in 2012 - but Page Six reports 46-year-old Assange has a "big crush on Anderson."
Anderson has also added fuel to the fire, telling Grazia UK: "I don't want to say anything about whether there's a romance. So, let's say we're just 'good friends."
One thing is for sure - Pammie's outfits while visiting her fugitive pal are anything but subtle.
According to a Page Six source, Pam knows exactly what she's doing with these very public visits.
"Pam thrives on attention from famous men, and she thrives on press," a source told the publication.
"It's no accident she shows up to the embassy in those sexy outfits. They are all very contrived."
Even Julian knows that there is WAAAAY more to Pammie than meets the eye.
"Pamela Anderson is an impressive figure. She's an attractive person and an attractive personality and whip-smart. She's no idiot at all - psychologically she's very savvy," he told KIIS FM's Kyle & Jackie O Show.
The lunch dates between this odd couple came to a halt on March 28, 2018, when the Ecuadorean embassy banned Assange from visitors and Internet access.
Pammie has been very vocal about these restriction on her friend's well being.
Speaking to The Post Pammie said, "I'm deeply concerned about his health and well-being. His human rights have been abused before without sunlight but this is extraordinary. Incommunicado. No visitors. No Internet. No phone calls. No access to outside world."
On her website, Pamela explains why she feels so about his circumstances.
"Julian is trying to free the world by educating it. It is a romantic struggle— I love him for this.
"He is the strongest person I know but, living as he is is very unhealthy, demeaning and inhumane."
So what's next for Pammie?
Will Julian play more of a central role in her life? Maybe she'll go brunette?
One things for sure, the life of Pamela Anderson is never boring.
SEE MORE: Proof Pamela Anderson has come full circle with her signature look in the gallery below