It's the most photographed event in the world, so you can imagine there's just a little bit of pressure for the A-listers as they walk the ruby red at the Oscars.
And over the years, the Academy Awards have seen it all.
From rogue nip slips, to accidental crotch shots and broken zips - these unlucky stars know all too well about suffering from an embarrassing Oscars' wardrobe malfunction.
As we count down to 2019 ceremony, which will hit Aussie airwaves on Monday February 25th, we're reliving the worst Oscars' wardrobe malfunctions of all time!

She made headlines at the 2017 Oscars' ceremony for that seal clap but that wasn't the only drama Nicole Kidman faced.
After her embellished Armani Prive gown started irritating her skin, the actress later re-emerged with the straps styled in a completely different way.
We reckon Nic's impromptu switcheroo is worthy of a golden statue!
From a criss-cross, to a halter-neck. Scroll the images below to see Nicole's sneaky wardrobe malfunction... 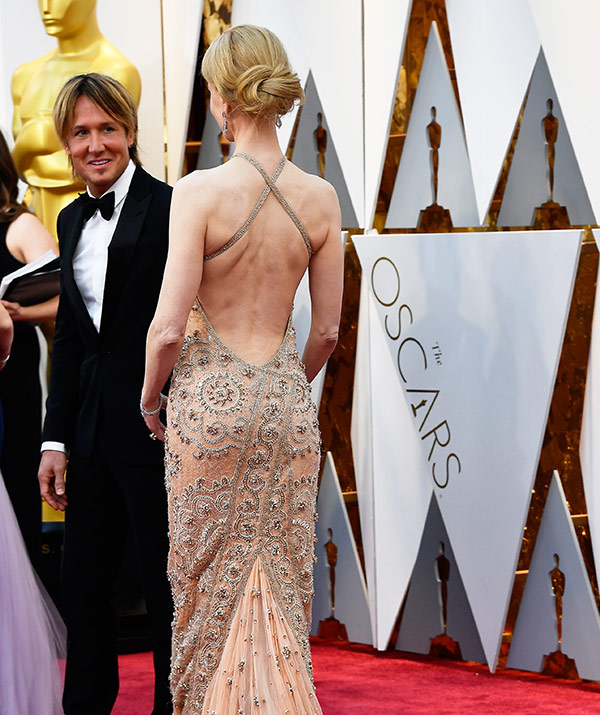 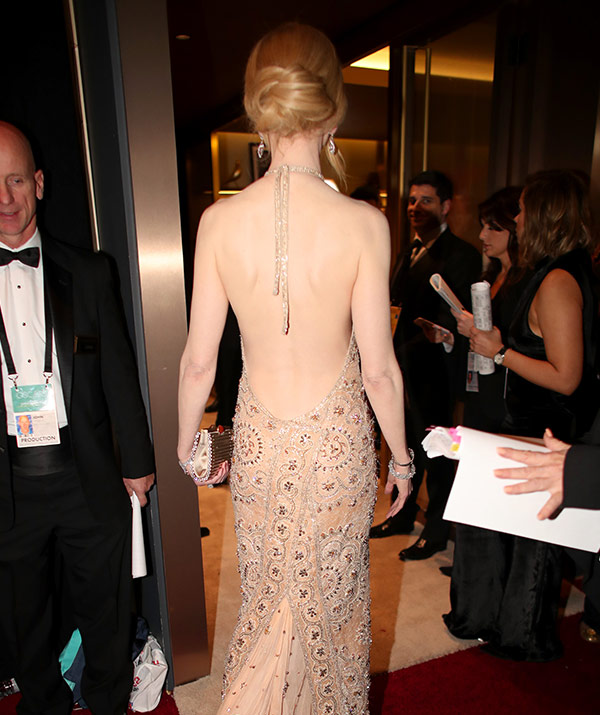 The Oscars aren't usually synonymous for crotch shots but that's exactly what actress Blanca Blanco was responsible for when she walked the Oscars' red carpet in 2017.
The statuesque stunner made headlines for all the wrong reasons after the dangerously high split of her dress revealed way more than she bargained for, and was snapped by the paps for all of eternity.
If there's one saving grace, the 38-year-old later revealed she was actually wearing a body suit. "I had a bodysuit on, it as like a swimsuit, for some reason the pictures are looking like I have nothing. It was a nude colour, it matches my skin, so I wasn't naked," she told the Daily Mail.
Phew!

Katy Perry suffered a wardrobe mishap while watching the 2017 show with James Corden at the Vanity Fair after party.
The back of her bronze Jean Paul Gaultier dress came apart as she bent over and exposed her backside.
WATCH: Behind-the-scenes with Katy Perry at the 2017 Oscars. Post continues...

She's the E! network's queen of the red carpet but even seasoned pros like Giuliana Rancic can fall victim to the perils of live TV.
In 2014, the presenter's Paolo Sebastian gown broke during a piece to camera.
"My zipper just broke," Giuliana exclaimed before her co-host Ryan Seacrest stepped in and tapped her back together.
What a guy!

At the 2013 Oscars, Anne Hathaway's nipples literally stole the show.
The Best Supporting Actress winner donned a pale pink Prada dress for Hollywood's night of nights, but failed to notice that the gown's sheer material and ill-placed seams made her nipples especially prominent.
Within minutes of Anne stepping out on the red carpet, the hashtag #LesNipperables was trending, and a Twitter account called @HathawayNipples had appeared, attracting thousands of followers before it was disabled.
Anne was reportedly planning to wear a Valentino gown to the Academy awards, but decided on the Prada number at the "eleventh hour" - bugger! But hey, at least she went home with a shiny trophy.

Like Anne, Gwyneth Paltrow is no stranger to her own #Nipplegate.
In 2002, Gwynnie's Gothic Alexander McQueen gown (that she rocked sans bra) was absolutely panned at the time.
Looking back on her fashion faux pas, the GOOP creator has since said she should have strapped the girls in.
"There were a few issues. I still love the dress itself but I should have worn a bra and I should have just had simple beachy hair and less makeup. Then, it would have worked as I wanted it to – a little bit of punk at the Oscars," the mother-of-two later mused.
WATCH: The most memorable Oscars' speeches of all time. Post continues...

She was nominated for the Best Supporting Actress gong for The Colour Purple but lost out to Anjelica Huston.
And Oprah Winfrey has since revealed the 1986 Oscars were "one of the most horrible nights of my life" thanks to her ill-fitting frock.
"I had used Dolly Parton's dressmaker [but] I didn't try the dress on. So when I went to put it on half an hour before the Oscars, I couldn't get it over my hips."
The star's hairdresser had to lie her on the floor and "push [in] my butt and zip it, so I rode to the Oscars — really, no exaggeration — planked in the back of a limousine."

When Barbra Streisand took to the stage to accept the 1969 Best Actress award for Funny Girl, it was biggest moment of her life.
And it was swiftly ruined when her Arnold Scaasi jumpsuit ripped as she collected her accolade.
Adding insult to injury, Babs' ensemble was also super see-through.
"I didn't realise the outfit was so see-through. You couldn't tell that in the dressing room, only under the bright lights," the singer/actress confessed to InStyle years later.